The Canadian Senate and the (Im)Possibilities of Reform

Canada’s Parliament houses a lower elected chamber, an upper unelected chamber (the Senate), and the Queen (Constitution Act, 1867, s 17 [CA1867]). The framers of Canada’s Constitution Act, 1867 had a vision for the Senate as a complementary, deliberative body bringing regional perspectives to national issues and genuine powers of oversight and sober second thought. To realize this vision, the Senate was given the power to initiate legislation (except money bills) and a legislative veto (CA1867, ss 53, 91). At the same time, it was denied a popular mandate. The Governor General appoints all senators and can appoint some additional senators to overcome a deadlock between the chambers (CA1867, ss 24, 26, 32). This method of selection was to signal the Senate’s political subordination, while promoting institutional independence. To reinforce independence, the framers gave senators life tenure and required that they be propertied men of a certain age (30 years) and means (net worth of $4,000) (CA1867ss 23(1),(4), 29). These criteria, still in place today, were to insulate senators from corruption, while giving the country’s elites some control over the popular class.

The Senate was also to be representative. Seats in the House of Commons were distributed by population, but seats in the Senate were distributed equally to Canada’s three (now four) regions (CA1867, s 22). Senators must live in the province for which they are appointed and own property there (CA1867, s 23(3),(5)). This regional equality, a lynchpin of Confederation, reassured the least populous provinces that their interests would be represented at the federal level.

The constitutionally entrenched features of the Senate have remained stable since 1867. Calls for Senate reform started just after Confederation, with little success. The number of seats grew as provinces and territories joined the federation and a retirement age, 75, was added (CA1867, ss 22, 29(2)). In 1929, women became eligible for appointment (Edwards v AG of Canada, [1930] AC 124) and, in 1982, the Senate was granted an oversight role in constitutional amendment. All other features remain intact.

The Senate needs change, but the impulse to reform is stifled by the reluctance of officials to open the constitutional amending formula. Any entrenched feature of the Senate can be changed only by formal constitutional amendment, as governed by Part V of the Constitution Act, 1982. Part V prescribes which legislative bodies must consent to which types of amendments (Constitution Act, 1982, ss 38, 41, 42, 43, 44 [CA1982]) The Supreme Court recently clarified these formulae in its unanimous opinion in the Senate Reference (Reference re Reform of the Senate, 2014 SCC 32 [Reference]). It provided that Parliament can unilaterally reform the Senate only if the change does not alter the Senate’s fundamental nature and role. Any proposal making a “qualitative difference”, like limiting senatorial tenure or establishing consultative elections, requires the consent of Parliament and a substantial segment of the provincial legislatures (i.e. two-thirds, representing 50% of the population) (CA1982, ss 38, 42(1)(b); Reference at paras 50-83). Other proposals, like abolition, that fundamentally alter the constitutional architecture and amend the Part V procedures require unanimous consent.

The Court’s opinion in the Senate Reference clarified many questions regarding the ‘how’ of Senate reform. Debate about the ‘what’ remains. Consider three particularly sticky issues.

Canada’s Senate has 105 seats. Each region – the West, Ontario, Quebec, and the Maritimes – has 24 seats, which are then distributed to the provinces. Outside the regions, Newfoundland has six seats and the territories have one each. On this distribution, two provinces have 24 seats, two others have ten, five have six seats, one has four, and the territories have one each. The result is that some of Canada’s least populous provinces have the same number of seats, or more, than the most populous ones. Proposals for reform run the gamut, from rearranged versions of regionality to equalizing the provinces, but any change will require substantial provincial consent (CA1982, s 42(1)(c)) and as such is politically impossible.

In Canadian constitutional law, two versions of a “compact theory” have been articulated. Each is reflected in debates about the Senate and its reform. The first version conceives of the federation as the result of an agreement among all the provinces. One consequence of this view is the belief that federal institutions should reflect the equal standing of all provinces. One can understand arguments for an “equal” Senate in this light. The second version understands the Canadian federation as the result of an agreement among founding peoples. One version of this view, prevalent in the francophone literature on federalism, posits that Quebec is the locus of political authority for one of the founding peoples and the primary site in which that people’s culture can be sustained. Adherents of this version see a threat in any proposal for Senate reform that would erode Quebec’s representation and influence. In this respect, the “founding peoples” version of the compact theory is in direct tension with aspirations to equality, a tension that carries over into contemporary debates about Senate reform.

It is widely agreed that the Senate’s constitutional configuration stains Canada’s public institutions. In the name of democracy, critics target the existing method of selecting senators, long senatorial tenure, and the failure of the Senate to achieve its aims. To critics, the selection process is opaque and reduces to prime ministerial fiat; long tenure is inconsistent with other Western democracies and shields senators from accountability; and the Senate is unnecessary to protect regional or provincial interests. Critics have many proposals for enhancing legitimacy. They call for wider input into the selection process, reducing the Senate’s power, fixed terms, allocating seats to Aboriginal people, creating a “Triple E” Senate, and abolition. Recently, the government proposed legislation limiting senatorial terms and institutionalizing what happens in Alberta, namely provincial senatorial elections that inform the Prime Minister’s recommendations. Of course, after the Supreme Court opinion, these proposals are effectively off the table.

The will to reform the Senate is mired in constitutional fatigue and political obstacles. As a result, the most promising strategies for reform might exist outside the formal amending process. The federal Liberal party has announced one possibility. To break party discipline in the Senate, Liberal senators will no longer be members of the national party’s caucus. Despite this new practice, without cooperation from all national parties, it is unlikely to overcome the long-standing culture of partisanship. Another strategy is to modify the Senate’s internal operations. We can imagine a Senate that aims towards popular deliberation and consultation. Such a model would take up the Senate’s strengths of reflective inquiry, while enhancing legitimacy through public participation, without opening Part V. 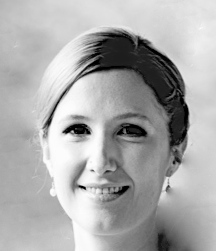 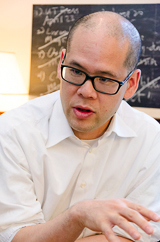