Catalonian Independentism, the Spanish Constitutional Court and the Perils of the Middle Way

The Spanish Law 15/2015 (Organic Law) was a key element of the last Government of Mariano Rajoy in his fight against Catalonian Independentism – and it might be also important for his new one. The Bill gave to the Spanish Constitutional Court a new executive power to suspend temporally a democratic authority if it does not obey a Constitutional Court’s resolution. It was clearly thought to act against the Presidents of the Catalonian Parliament and Government; indeed the Catalonian Parliament has already taken some decisions that firmly contradict resolutions of the Court. The Government hoped that a strong judicial pressure would dry off the social and electoral support of Independentism, making unnecessary a political solution.

The absolute majority of the Popular Party chose the Constitutional Court as the essential institution in its plan. The Basque Government and the Catalonian Government filed an appeal (recurso de inconstitucional) contesting the constitutionality of the Organic law and asking the Court to override it. But a recent decision of the Spanish Constitutional Court has validated the Bill, exercising a restricted judicial control, on the idea that the Court must have special deference to the legislature whenever the judgment is on the statute that regulates the jurisdiction of Court. The three dissenting votes criticizes harshly this position, plainly accusing the majority of “abdicating” its responsibility. I may say that the Court solves the dispute without a deep discussion on the merits. Once again the Spanish Court leaves a feeling of intellectual fragility.

The first problem of the decision has to do with the constitutional power of the Parliament to give new functions to the Court. According to the majority that is possible as long as the new functions do not interference with the original jurisdiction of the Court – to control legislative acts of Parliament, to resolve the conflicts between the State and the Comunidades Autónomas and to decide the recursos de amparo (citizen actions asking for protection of their fundamental rights). This is an old question in Spanish Constitutional Law: diverse political majorities have added new powers to the Court. But I think this was the right time to set some limits. In my opinion the Court was clearly designed for precise functions; therefore new competences may affect the ordinary operability of the Court if they are not connected with the essential functions and interfere with other constitutional powers.

Can Parliament design executive powers that enable the Constitutional Court to temporally suspend an elected authority, avoiding the typical guarantees of a penal prosecution? The Court admits this possibility with the simplistic argument that the new executive power is an instrument to secure the effects of the Court’s decision. The Constitutional Court gives no relevance to the severity of the measure, whereas the dissenting votes, with a deep analysis of the ECHR jurisprudence, argue that the rigor of the measure – suspending a democratic authority – transforms it into a criminal punishment. Besides that, the Court gives no answer to the central problem: is there room for a middle way between democratic responsibility and criminal responsibility whenever a political authority exercises its power? I don´t think so. The Spanish Constitution provides for two paths, each of them with singular characteristics, and Parliament cannot create solutions in between that disturb the democratic logic. Political responsibility or criminal responsibility: there is no other way for the elected authorities.

The Spanish Constitution and the Spanish Constitutional Court were not helpless before the Organic Law 15/2015. The Constitutional Power understood the difficulty of a democratic authority acting directly against a Constitutional Court decision. But the Constitutional Power devised a political answer to this quandary: article 155 enables the Government, after the authorization of the Senate, to force the Comunidades Autónomas to comply with any legal or constitutional obligation. Can Parliament create an alternative road to this goal? The majority of the Court thinks that it is possible, because the new executive power of the Court is just different from the powers of article 155. But this obvious conclusion does not explain how Parliament can create an ad hoc solution just to avoid the one required by the Constitution. In my opinion the Constitution allocates responsibilities, and if an authority disobeys the Court the solution must be set by the Government (democratic legitimacy) and the Senate (territorial legitimacy). A pseudo-jurisdictional middle way breaks this equilibrium.

The Constitutional Court has lost a great opportunity to mark a clear line to separate politics and judicial power, and within this to underline the difference between constitutional and criminal jurisdiction. Without doubt the Catalonian conflict requires, before all, the respect of the law, using, if need be, all the governmental powers for criminal prosecution. But besides that, some political creativity is required. The Constitutional Court, forced to intervene, could have explained better what can be expected from a Constitutional Court in the XXIst century.

A Spanish version of this post has been published on Agenda Publica. 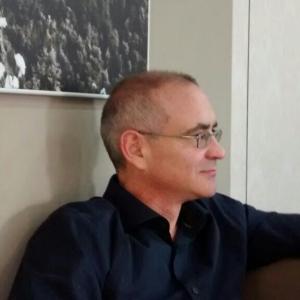 Other posts about this region:
Spanien No Comments Join the discussion
pixel_not_set
Go to Top