Challenges Beyond Public Health – Guatemala and the Covid-19 Crisis

Due to its violent past of a 36 year-long internal armed conflict and the scourge of corruption, the COVID-19 pandemic presents to Guatemala great challenges that goes beyond ensuring healthcare to its population. The excessive use of imprisonment in the enforcement of sanitary measures, the protection of detained persons, ensuring the effective implementation of financial assistance programs, achieving accountability of public servants during the crisis, and the reactivation of the judiciary are some of the issues that demands a proper answer from the Guatemalan state. This post analyzes the “emergency state” implemented in Guatemala and presents some of the measures and effects related to the current crisis.

The Guatemalan Constitution enables the president to declare “emergency states” in cases of invasion, serious disturbance of the peace, activities against national security or public calamity. This declaration should be made by the president along with the vice-president and all the state ministries and needs to be approved by the Congress. The Guatemalan Constitution enshrines several kinds of states of emergency ranging from a state of prevention, a state of alarm, a state of public calamity, a state of siege, to a state of war. During the emergency states some rights and liberties can be limited, specifically freedom of movement, action freedom, the right to a lawful detention, the right of assembly and demonstration, freedom of speech, the right to strike of public officials, and weapon carrying and possession.

According to the Guatemalan Constitution, everything related to a state of emergency is regulated by the Public Order Law. Unfortunately, the Public Order Law was issued in 1965 when the first stages of the internal armed conflict. As a result, its dispositions are heavily inclined to restore order in a military and repressive way with no accountability dispositions rather than attend sanitary emergencies or natural disasters with a human rights perspective. Some gaps still exist between the Law and the 1985 Constitution, some dispositions the Public Order Law still make reference to articles of the 1965 Constitution that have been abolished such as the constitutional prohibition of organization or operation of communist groups. Given those gaps amendments have been proposed to the Congress with no significant advances.

On March 5 (without any COVID-19 confirmed cases), Congress recommended President Alejandro Giammattei to declare a state of public calamity, the President followed the recommendation on that day, later Congress ratified the presidential declaration on March 12. At first the early declaration raised some concerns due to misuse of states of public calamity as an instrument for corruption occurred in the past. During those states, government is allowed to contract services and make purchases without going trough the bidding process required by law under normal circumstances. President Giammattei justified his decision claiming that the state of public calamity was needed in order to take necessary preventive measures. On March 13 Guatemala confirmed its first Covid-19 positive case. At that moment, restrictions were implemented on the right of assembly and demonstration, freedom of movement for affected persons and places, action freedom and the right to strike of public officials; measures of monitoring and prevention were established such as the interruption of public transportation services and all public or private non-essential activities (see here and here). The restrictions were later strengthened with closure of all borders (except for the import of essential goods), the institution of a 12-hour curfew between 4:00 p.m. and 4:00 a.m., later reduced 10 hours (between 6:00 p.m. and 4:00 a.m), and the mandatory use of face masks to all citizens.

The violation of the curfew has been characterized as an infraction in criminal law (criminal offenses punishable with a fine), according to the Constitution –specifically article 11- in case of infractions “[…] the persons whose identity can be established by documentation, by personal testimony or by the authority itself should not be detained” in any case, the police must give notice to the designed judge and cite the offender to present to court within the following 48 hours. Nevertheless, the massive detentions due to the curfew non-compliance has become a notorious issue. The police reported that from March 22 to April 16, more than 10 thousand people were arrested for violating the curfew, this situation implies the unnecessary crowding of detention facilities within the courts, the saturation of pendant hearings, and the excessive increase on the workload of some judges. Administrative fines between 7,000 and 150,000 Quetzals (1,000 to 20,000 USD) will be imposed to persons circulating without using a face mask. This could be disproportionate given that the majority of the population lives in either poverty or extreme poverty.

Few complaints has been submitted to the ombudsman office related to mistreatments or excessive use of force by the police during arrests, the ombudsman has publicly reminded to al state officials “[…] that no one is superior to the Law and that even during a State of Exception unrestricted human rights cannot be violated”. All measures related to the state of public calamity are assessed by the executive on weekly bases.

Like Congress, the Supreme Court has suspended most of its work, and a major part of the judiciary is suspended. However, the judges in charge of the following remain on duty: criminal infractions, habeas corpus, felonies and misdemeanors, offenses committed by or against children, violence against women, the monitoring of the time served by inmates and their distribution on prison facilities, criminal appeal courts, and constitutional injunctions. Courts processing inter alia civil, business, labor, administrative interrupted their activities from March 17 to April 27. Civil and labor Courts will be reopened on April 28.

On current conditions, the judges in charge of felonies will process only urgent matters that, according to the criminal law, do not admit any delay, and judges in charge of Civil and Labor proceedings will attend only “urgent matters” and constitutional injunctions. All remaining on-duty judges have created shift systems for their clerks and administrative personnel which has turned most of the ongoing courts highly ineffective to process anything beyond urgent matters. In other words, the judicial power has ensured formal access to courts but without issuing definitive judgments within a reasonable time.

A group of lawyers suggested to the Supreme Court the implementation of measures to reopen courts such as hold hearings by videoconference, an electronic summons system, and prioritize cases according to nature of the offense and the possibility to skip trial and reach alternative outlets. Even though the suggested measures are good and necessary, they are not enough to ensure the safety within the courts, evidence of the failure of the currently adopted measures is that one judge is currently on quarantine for holding a hearing with a relative of a COVID-19 positive person. Reopening courts should be a progressive process carried out by the judicial power in coordination with health institutions to ensure, not only the due process´ guarantees, but the safety of magistrates, judges, prosecutors, users and their lawyers.

Overcrowding in prisons is another issue that requires attention. Recent studies have revealed that prisons in Guatemala are occupied at 374% of their capacity. Some preventive measures have been implemented by the penitentiary system such as providing soap and ethylic alcohol to inmates, disinfecting common areas, daily checking the body temperature of inmates, and restricting all visits, nevertheless it impossible to ensure distancing between inmates. The areas intended to keep separated quarantined inmates with symptoms have a maximum capacity for only 6 inmates. Any Covid-19 case in any of the 21 prison centers will surely end on a massive outbreak among inmates.

Effectivity of the Assistance Programs and Accountability

To face the pandemic’s economic impacts the Guatemalan Congress authorized government bonds for Q.16.1 billion (Approximately 2.1 billion USD) which were bought by the National Bank of Guatemala (see here and here). 11 of the 16 billon will be allocated in economic assistance programs for families and companies, unfortunately the selection criteria for beneficiary families is ill defined as it uses electric energy consumption as a decisive parameter of exclusion (people living in a home whose monthly electricity consumption exceeds 200 kWh is excluded). This limited criteria does not take into account that according to the 2020 census 11.86% of homes does not have access to electricity, and precludes the necessary multidimensional poverty analysis to effectively reach the most vulnerable families. The remaining 5.1 billon will be allocated mainly on items unrelated to the Covid-19 crisis, such as salary increasing and bonuses for some public officials and strengthening of institutions with no connection to the public health system.

Guatemala has serious issues with accountability, corruption, and impunity; this phenomenon can be explained trough the infiltration of illegal groups within state institutions dedicated to loot public funds and ensure impunity to other illegal activities. To face that problem Guatemala asked United Nations to create the International Commission Against Impunity in Guatemala (CICIG) that operated between 2007 and 2019. During that time, CICIG submitted more than one hundred cases against high rank politicians, businessman, military involved in acts of corruption. Ensuring the transparency and accountability of public servants in charge of the financial assistance programs will be one of the greatest challenges that the country will have to face in post-CICIG times. Despite the fact that president Giammattei has created a Presidential Commission Against Corruption, it is necessary that state institutions allow external and independent audits from the ombudsman and civil society.

On April 26, President Giammattei, arguing the need to reduce public spending, announced the suspension of all permanent hiring of state personnel, these provisions will not affect areas related to health, security, defense and the supply of foods. Although this provision might generate a negative effect on some rights, its impact will be determined in the coming days.

Guatemalan society, as the rest of the world, needs to understand that its capability to overcome the pandemic does not rely solely on the reactivation of economy, but in the protection of the most vulnerable trough respect and ensuring of human rights. The current crisis is a strong reminder for governments to resume and reinforce their efforts to reduce inequality, strength social investment and design inclusive policies that create functional states to all components of their societies. 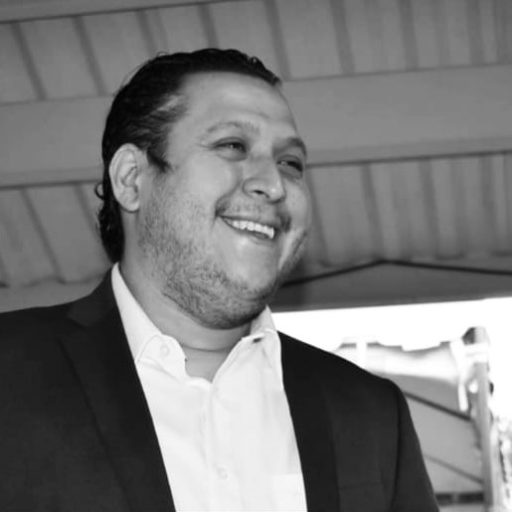