Climate Law as a ‘Living Tree’

Reflections on Minister for the Environment v Sharma

Last year, the Australian decision of a Federal Court judge in Sharma v Minister for the Environment made headlines around the world. In the decision, the judge found that the Federal Environment Minister owed Australian children a duty of care to prevent harm from climate change. This year, the Sharma case has once again attracted attention, albeit for the opposite reason. In March 2022, the Full Court of the Federal Court allowed the Minister’s appeal and overturned the primary judge’s finding of a novel duty of care.

This decision has emphasised the limits of legal concepts and courts in addressing future climate damages. However, the unfavourable outcome does not mark the end for climate litigation in Australia.

Before turning to an explanation of the Full Court’s judgment and its interest for an international audience, some contextual points should be noted. First, Australia does not have a federal Bill of Rights, and nor does the country have national framework climate change legislation. The Federal Government has also been criticised for its lacklustre contribution to climate action. Litigants have therefore turned to the courts and brought a range of legal arguments to seek better climate outcomes, including in tort law in Sharma.

Second, Australia is a common law jurisdiction where judicial decisions are a binding source of law. Common law’s “hallmark” is therefore its adaptability to change over time through case law developments, albeit this is generally “slow and incremental” rather than “sudden and substantial” change. Negligence in particular, more so than other areas of law, has been described as “prone to development, to extension and to change”.

Third, in Australia, it is a judgment’s ratio decidendi (the reasons of judges in the majority) that binds lower courts. However, determining a case’s ratio is complex in decisions like Sharma where multiple concurring sets of reasons were published by three judges and each judge reached their conclusions in quite different ways over 282 pages. Indeed, the proper approach to imposing a novel duty of care is an area of contention in Australian law.

These contextual points underpin the central contention of this analysis of the Sharma appeal: one unfavourable outcome, although a significant setback, does not spell the end for climate litigation in Australia. Climate law might be imagined like a “living tree”, with new branches and offshoots growing over time.

While the Sharma appeal has certainly “pruned” this branch or bud, new life is likely to emerge. This might be through, for example, a successful appeal to the High Court of Australia, or litigants’ bringing alternative arguments based in the law of negligence (distinguishing Sharma) or in different areas of law or against different actors.

Facts and the first instance judgment

The Sharma proceeding related to an application by a coal mining company to expand an existing development consent for a coal mine in New South Wales (NSW). While the mine was initially granted development consent under NSW legislation, the proposed extension required approval from Australia’s Federal Environment Minister, Sussan Ley, as it was designated a “controlled action” under the national Environment Protection and Biodiversity Conservation Act 1999 (EPBC Act). Under the EPBC Act, actions that may have a significant impact on nine defined matters of national environmental significance (in Sharma these were listed threatened species and communities and water resources) require approval from the Federal Environment Minister. The Minister was therefore required to approve or not approve the mine’s extension under ss 130(1) and 133 of the EPBC Act.

The Sharma proceeding was brought by eight Australian children on their behalf and on behalf of the Australian children they represented. The children argued that the Federal Environment Minister owed them a novel duty of care in the common law of negligence when exercising her approval powers under ss 130 and 133 of the EPBC Act. The case was not led, therefore, as a completed cause of action in tort (comprising duty of care, breach, causation, and actionable damage within the scope of liability). Rather, the case just related to the first element of a negligence claim: whether the Minister owed a duty of care.

At first instance, Bromberg J in the Federal Court upheld the children’s claim and made a declaration in terms that the Minister has a duty to take reasonable care when exercising her approval powers for the mine extension under ss 130 and 133 of the EPBC Act to avoid causing personal injury or death to Australian children arising from emissions of carbon dioxide into the Earth’s atmosphere.

Three separate sets of reasons in the appeal judgment

On appeal, the Full Court of the Federal Court unanimously agreed that the novel duty of care should not be imposed upon the Minister, but each provided separate reasons with differing emphasis supporting this conclusion.

Allsop CJ held that the duty should be rejected. His Honour started with the nature of the relationship between the Minister and the children, characterising this as one between “the governing and the governed in a democratic polity, and referable to the EPBC Act”: [232].

Turning then to the specific grounds of appeal, first, Allsop CJ found that the posited duty called forth matters of “core” policy to be assessed at the time of breach unsuitable for determination by the judicial branch. More specifically, the nature and scope of the duty related to the Minister’s consideration of Scope 3 emissions from the burning of coal and the current state of science relating to the dangers of global warming. This duty would require the court to assess the reasonableness of current government policy and decision-making when considering any claim for breach in the future. Courts are “ill-equipped” to address these issues (Allsop CJ citing Smith v Fonterra in New Zealand).

Second, Allsop CJ held that the posited duty was incoherent and inconsistent with the EPBC Act. His Honour found that the text, structure, and context of the EPBC Act are directed towards shared governmental responsibilities for the protection of the environment, rather than the proper Commonwealth response to climate change risks. It would therefore be inconsistent and incoherent with the EPBC Act to impose the posited duty.

Third, other considerations of lack of control and special vulnerability, and indeterminacy provided further support for the conclusion that the relationship between the Minister and children was not appropriate for a duty of care to be imposed.

Notwithstanding the above findings, Beach J concluded his judgment noting that he would be prepared to entertain an application to remove the representative nature of the proceedings, as one or more of the children may suffer damage in the future and wish to bring a complete cause of action. Further, importantly, his Honour acknowledged the urgent need to address greenhouse gas emissions and applauded the primary judge for creating a new “seed” of duty in tort law. Moreover, his Honour said that it is for Australia’s High Court to create “new seed varieties for sustainable duties of care” and to modify potentially outdated concepts “such as “sufficient closeness and directness” and indeterminacy to address the accelerating complexity, multiple links and cross-links of causal relations”: [752]-[754].

Wheelahan J held that the duty of care ought to be set aside for three reasons. First, his Honour found that the Minister’s function under ss 130 and 133 of the EPBC Act did not create a relationship between the Minister and the children that supported the recognition of a duty of care. Recognising a common law duty of care in the terms of the declaration would “radically alter” the scope and subject matter of the Minister’s decision-making power under the Act.

Second, it would not be feasible to determine an appropriate standard of reasonable care to evaluate the Minister’s discharge of their functions under s 130 of the EPBC Act (which involved policy decisions). This meant that there would be incoherence between the posited duty and the discharge of the Minister’s statutory functions.

Third, Wheelahan J was not persuaded it was reasonably foreseeable that the extension approval would cause personal injury to the children as causation is currently understood in negligence. His Honour recognised some merit in the children’s submission that the risk of injuries caused by CO2 emissions is reasonably foreseeable for the purposes of finding a duty of care (with evidence for breach and damage to emerge in the future). Nevertheless, his Honour emphasised that this highlighted “the dangers of assessing fragmented liability decades before any cause of action accrues”: [885].

Notwithstanding the absence of a clear ratio in the judge’s different reasons for ruling against a novel duty of care, some other areas of agreement can be identified between the judges. These included: human safety is not a mandatory consideration when exercising power under ss 130 and 133 of the EPBC Act (Allsop CJ, Beach and Wheelahan JJ); concerns about separating questions of a “duty of care” from other elements of a completed tort (especially Beach and Wheelahan JJ); and the understanding that it was reasonably foreseeable, for the purposes of finding a duty of care, that the children may suffer harm from the release of emissions caused by the burning of coal from the mine (Allsop CJ and Beach J).

Moreover, all three judges refused to allow the Minister’s appeal on grounds alleging that the primary judge had erred in his findings on the climate science. Importantly, before the primary judge, only one expert witness was called by the children to give evidence on the risks of 2ºC, 3ºC and 4ºC “future worlds” and the mine’s contribution to the carbon budget. None of Professor Steffen’s evidence was challenged by the Minister at first instance. The court unanimously agreed that all the primary judge’s findings were open based on the uncontested evidence.

While the Sharma appeal is a complex decision, an international audience might draw two general implications from the above analysis.

First, in different ways, each judge highlighted the limits of legal concepts (as currently understood) and the judicial branch to deal with future climate harms. For policymakers, this should signal the importance of urgently acting in line with their legislative mandate to reduce greenhouse gas emissions and adapt to climate change. For the highest courts in each jurisdiction, the judgment should flag that laws and legal concepts should be understood as “alive”, with their existence and interpretation to adapt and evolve over time to accommodate complex factual and legal issues associated with climate change.

Second, while the Sharma appeal has cut back one branch of the climate law tree, this does not signal the end. In Sharma, there may be an appeal to the High Court, especially given the plurality of opinions in the case. And beyond this case, there are, and will be, other litigants bringing arguments, including in tort, especially as climate change harms will further crystallise in the future.

Ultimately, change is endemic to common law jurisdictions and it will only be a matter of time before the next shoots of the tree’s life take hold.

Reflections on Minister for the Environment v Sharma 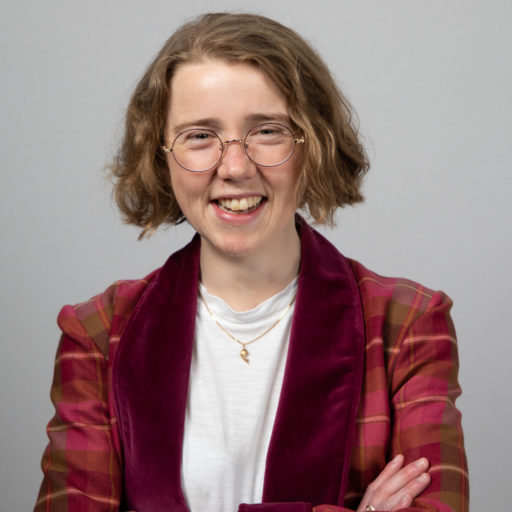