“Legal commentaries usually refer to legal practice and help form structures and define principles in individual areas of law. … These commentaries render difficult legal material accessible for non-specialists, present norms in a systematic, interpretative context, provide information on the genesis of laws, and help practitioners use laws by selecting and interpreting their most important aspects.” (p22)

This definition assumes the defining features of commentaries: they appertain to an authoritative text they seek to explain. They give an account of legal practices relating to the text. As the report mentions later, “prefaces of commentaries to particular parts and sections of the law, which are often of a high standard, constitute important spaces to discuss the structure and principles of the law in a fundamental way.” (p22) The Wissenschaftsrat also observed that commentaries were “probably the most frequently cited legal publication genres”. (p54) The Wissenschaftsrat also observes an internationalisation of commentaries in the European and international sphere. (p69)

Three functions of the commentary are identified: it structures the law, it marks out its principles and it structures the discourse around the law. The recommendation goes on to critically review the current practice of writing commentaries.

“Since the 1990s, a growing number of commentaries dealing with legislation that has already been given extensive treatment have been published. This development not only requires significant investment by legal scholars who are part of the writing process, but also necessitates financial resources of public research libraries. The enormous societal relevance of certain laws and the necessity for a plurality of opinions justify the existence of multiple commentaries for a single piece of legislation; but the capacities and the demand of the book market cannot serve as the sole indicator of a commentary’s academic value.” (p69)

Firstly, the “highly legislative German tradition”(p22) might be one viable explanation for the “important role” of commentaries as the Wissenschaftsrat suggests. My question would be: is the French tradition less ‘legislative’, and if this is not the case, why are commentaries then less popular in French academia and practice? I would like to suggest another explanation: The German legal education trains and conditions lawyers to work with commentaries. This holds true for studying at universities, but even more for the Referendariat, a legal training that is required for most legal professions in Germany. The Second State Exam, which is the crucial qualification for German lawyers, is an open book exam in which apart from the text of the law only certain commentaries are admitted. People taking this exam study those commentaries very closely. Many lawyers tell me that they have worked with those commentaries ever since. From my experience, those commentaries have the most frequent citations in academic publications as well as in judgments.

Secondly, it is interesting that the Wissenschaftsrat views the commentaries generally as a scholarly genre and emphasises their function to bring out principles and structures of the law. German commentaries as we know them today have been invented by practitioners in the beginning of the 20th century. Leaving constitutional law out of the picture, in most fields of the law, commentaries are exclusively written or at least heavily influenced by practitioners. Yet, there have been important scholarly innovations concerning this genre in German academia.

Immanuel Kant cloaked his practical philosophical considerations in his late work On Perpetual Peace in the form of a draft treaty accompanied by commentaries. Other creative commentary projects include the positivist projects of Anschütz and Kelsen. The innovation continued with the “Konkordanzkommentar” which commented the basic rights of the German Basic law together with the ECHR to account for the multi-layered structure of human rights. “HKK-BGB” explained the German civil code from an historic and interdisciplinary perspective. These projects show that there is some potential for innovation. Yet, at the moment, it seems that only databases of publishers like beck-online, jurion, juris, OUP, CUP, Brill or Springer have an active interest to develop the genre.

The process commonly referred to as digitisation multiplies the possibilities for the development of all scholarly genres and also of commentaries. Digitisation is not only about publishing print products online. The so called second generation of online publication might produce genres that can no longer be replicated in print. How could such new online commentaries look like? Here are my suggestions:

An important medieval school commented upon the Corpus iuris civilis by defining certain words and including certain references to other parts of the text. Suppose that words are marked in a certain way as to show that there is a hyper-text defining the meaning of the word or the part of the text. Links could help to jump from one part of the text to another. Especially legal texts that are very elaborate and rather clear and have to be understood by untrained persons could be commented in a similar way the glossators did it thousand years ago.

Commentaries have also the function to map the discourse relating to a text. This could be the academic but also the general discourse. Peter Häberle has coined the idea that the constitution ought not be interpreted not only by an elite circle but by all people affected. There was an open society of interpreters of the constitution. The rather recent trend of social books allows readers to comment upon a book. What would happen if a constitution was published as a social book? Basic rights like the freedom of science or the freedom of art might be described by the bearer of those rights. In the interpretation of the freedom of the arts, it was very interesting to see how artists see the constitution. It might be even possible for readers to open threats for discussion on a certain point.

In the open society of interpreters, there might be room for disagreement. This could look like the discussion section in Wikipedia. It would also be possible to have a vote on certain questions. Suppose that there is a popular question and the author of the commentary aims to find out, what the communis opinio doctorum (herrschende Meinung) was. If it was a popular question, not all scholars might have published on it while still holding a view. Another interesting possibility would be to include the discourse in the commentary by having two or more authors arguing on one question. Different time versions of the commentary could be displayed, changes could be marked. Publication would work like a continuous process. Similar techniques are already in use for programming codes of open source software.

Commentaries usually comment upon the text. The text is displayed in the order of its articles or sections, commentary is added to each of the sections. So it is upon the reader to identify the relevant part of the text and then to read the explanation below. A “skewer commentary” is not brought to the reader by the text, it brings the text to the reader in a structured way. The reader would have to put in some information. The text in its bits and pieces is also visualised in a different way than a book. This might help readers with a particular problem to identify the relevant parts of the text. By using online means, the commentary restructures the text based on the needs of the reader. Suppose that the reader is interested in a certain claim procedure before a certain court such as an individual constitutional complaint before the Federal Constitutional Court of Germany: the parts of the text explaining the requirements would be brought to the reader in a structured way, the reader could ask for more information on specific questions.

These are only preliminary sketches indicating what possibilities there are in developing the genre of commentaries. Blogs are an apt example how digital-only genres can enhance academic discourse. Developing commentaries in the ways suggested above would be very time-consuming, the output as insecure as recognition and credit in the scientific community. This is just the type of project scholars ought to love. Will German academics follow their creative tradition in taking these risks? The text of the Wissenschaftsrat does not answer this question and neither can my commentary. 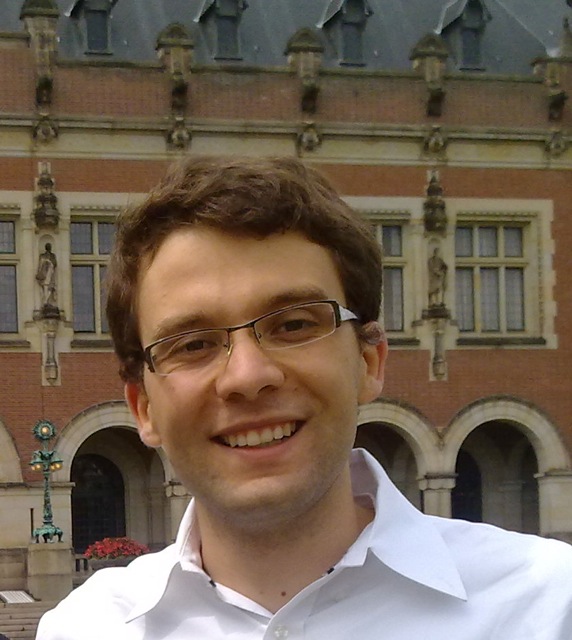