Queen’s Consent in the United Kingdom

One of the biggest difficulties associated with understanding the constitutional position of the monarch in the United Kingdom has to do with the fact that they are simultaneously three things: the head of an institution, a symbol and a person with private interests. All three of these aspects have combined in recent revelations surrounding the constitutional requirement of Queen’s (or Royal) Consent, revelations that cast considerable doubt on the place of that practice in the contemporary constitutional landscape.

Royal Consent is a Parliamentary rule whereby the monarch must be consulted on proposed legislation that touches on certain of their legal, personal or landed interests prior to its introduction in either legislative chamber. Consent is to be distinguished from its better-known cousin, the requirement of Royal Assent, a generic rule by virtue of which all draft legislation must receive the monarch’s ceremonial blessing in order to become law (‘whatever the Queen-in-Parliament enacts is law’). Recent examples of laws that have undergone the process of consent include statutes concerning the United Kingdom’s future relationship with the European Union, as well as legislation affecting the manner in which elections are to be called. If consent is not given then the relevant bill must not be taken forward, although if legislation were passed in violation of this requirement it would not be declared invalid by the courts. Consent, in this way, goes to the propriety of proposed legislation as opposed to its validity.

The requirement of Royal Consent goes back several centuries to at least 1728—when George II gave consent to the Suppression of Piracy Bill—and thereby owes its original justification to a time in which monarchical influence over politics was considered less of an aberration and more integral to justifiability. What can be said for the practice today? Aware that this institutional right might appear anomalous in the context of contemporary democracy, the palace has defended the requirement of Queen’s Consent as affording the monarch only a symbolic role in relation to the legislative process. Consent has never been refused, it is stressed, except on advice of the government of the day.

It is in the context of this defence that recent revelations from The Guardian concerning the practice of Royal Consent should be appraised. Looking back at government documents that are now outside of the official embargo period, investigative reporters David Pegg and Rob Evans have shown that in a number of cases the palace has used the process of consultation associated with Royal Consent to exercise considerable influence over the shape of proposed legislation. For example, in December 1973 the Queen’s lawyers lobbied government ministers concerning a bill designed to ensure transparency in the ownership of shares associated with listed companies because disclosure of her own interests under such a scheme ‘would be embarrassing.’ As a result of this intervention, an exception was created in the relevant legislation to cover shares owned by heads of state, governments, and other political bodies, of which the Queen’s personal interests would now count as an untraceable instance. Other examples include lobbying to change draft laws concerning matters as diverse as land leasing, road safety and the creation of a new commission for historic monuments.

What do these cases illustrate? That the palace line, that consent has not been refused of the monarch’s own volition, whilst literally true, is also misleading. If the palace has secured all that it wants or need in the way of concessions through the process of consultation, then it is of little importance that subsequent to this the relevant legislation is waved through. With regard to the period that we are now able to gain some insight into, then, we can safely say that the notion that Royal Consent functioned as mere symbol or formality is false. It is possible, of course, that things have now changed, and that the palace of the twenty-first century behaves somewhat differently from that of the mid to late twentieth century. It is hard to imagine, though, that any such difference would be so stark as to completely transform what was an active process of negotiation such that it was now only a matter of formality. Importantly too, we have no way of knowing how consent operates today; hidden behind the veil of legal privilege and the requirements of the twenty-year rule, the modern practice of Royal Consent is entirely opaque. It is, in this regard, unlike every other aspect of the legislative process, which is deliberately and importantly public.

Even assuming, however, that consent had been reduced largely to formality, there would remain important questions concerning its legitimacy. Political rights and responsibilities, including (indeed, in some ways especially) those that play a ceremonial role, speak to the character of the community to whom they belong. We must ask ourselves, then, not only whether such rights and responsibilities function as symbols but what they are symbols of. The requirement of Royal Consent represents one individual’s power to influence the shape of the law as it affects their interests—their land, their wealth and their legal powers—and to do so in a way pre-empts democratic decision-making. It is an emblem not only of the institutional position of the monarch but also of their continuing personal power. In this it is opposed to the principle of political equality that sits at the heart of modern democratic theory. The requirement of Royal Consent, as a matter of Parliament’s own internal rules and processes, represents an anti-democratic settlement maintained by the United Kingdom’s principal democratic institution. To more accurately reflect the conditions of its own legitimacy Parliament would do well to end this archaic practice. 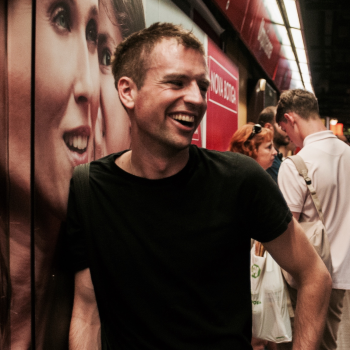 Thomas Adams Thomas Adams is an Associate Professor of Law at the University of Oxford and Fellow of St Catherine’s College.