Covid-19 makes elections hard to hold – and forced Ethiopia to reschedule its general election for the House of Representatives (HoR) which was scheduled in August 2020. On April 30, 2020, the HoR approved the postponement of the elections, after the National Electoral Board of Ethiopia (NEBE) announced that due to Covid-19 related restrictions, it was unable to implement planned pre-election activities such as training the election officers, voter registration and education, and dissemination of electoral materials. Unclear, however, is how and when the election will be held instead – a pressing issue as the canceled election was to take place only a month before the current HoR term of office ends in the final week of the Ethiopian month of Meskerem (October 3-10). Who will have the mandate to govern after this date until the Ethiopians are able to go to the polls to elect the next HoR?

The Ethiopian government put forward four possible solutions: (1) to dissolve the  HoR (as stated under Article 60 of the Federal Democratic Republic of Ethiopia (FDRE) Constitution); (2) to amend the constitution (based on Article 104 and Article 105 (2) of the constitution) in order to extend the term of office of the HoR; (3) to govern the country under a state of emergency until the election is held (based on Article 93 of the constitution);  (4) to ask the House of Federation to interpret the constitution. The House of Federation is the Upper House and its members are elected by the State Councils. Among other things, the House of Federation is in charge of interpreting the constitution and to organize the Council of Constitutional Inquiry. However, some the opposition parties argued that these four solutions are unconstitutional. In their opinion, Article 60, proposing the dissolution of the HoR, could only be applied within the term of office of the current government. Hence, the government cannot dissolve the HoR and hold election within six months, as specified on Article 60(3) because its term ends in the final week of the Ethiopian month of Meskerem (October 3-10). Some opposition parties also disagreed with solution (2), which suggest amending the constitution, as they argue that it will give unlimited power to the current government, which controls all seats in the HoR. Furthermore, they dismiss the third solution, declaring a state of emergency under Article 93, because this article does not give power to the government to declare a state of emergency for holding an election after its term of office ends. Regarding solution (4), interpreting the constitution, some opposition parties argued that there is no need to ask for the interpretation of the constitution because if you are literate and can read, it is clear to understand the articles. Therefore, some opposition parties argued that the only way to resolve the constitutional impasse is establishing a transitional government, stating that the current government would lose its legitimacy in the end of the first month of Ethiopia (October 10, 2020).

The Objective of the 1995 Constitution Concerning Elections

The 1995 constitution is the supreme law of the country: “Any law, customary practice or a decision of an organ of state or a public official which contravenes this Constitution shall be of no effect” (FDRE Constitution, Article 9 (1)). In Ethiopia, the highest state authority is vested in the people, and these people exercise authority through elections (Article 8).  Consequently, the Ethiopian constitution gives power to the people to elect the government every five years. A government that assumes power in any other way will be considered illegitimate according to Article 9 (3) of the constitution. Therefore, the solution for the constitutional impasse which is for the NEBE to hold election one month before the end term of office of the HoR must be searched based on the aspiration of the established rules of the game – the 1995 constitution of Ethiopia – not on the political aspirations of the players, i.e. the politicians.

One of the proposed options by some opposition parties is to establish a transitional government after the official term of the current government ends (solution 5). According to this proposal, the transitional government is supposed to be established among the current registered political parties who should „deliberate, debate and bargain to reach at an agreement that serves during the interim period„. From the current political atmosphere, it is easy to predict that it is impossible to reach such kind of agreement among the existing ethnic-based political parties which frequently use the argument of fear of domination to gain support from their respective ethnic groups. It is therefore highly unlikely that the parties could even agree on the leader of such a transitional government. And how could the political parties work together when some of them believe that there is no shared history among the different ethnic groups in Ethiopia? Such unanswered questions would open a box of Pandora that has the potential to create a power vacuum in the country and overturn the democratization process, which only started two years ago. Furthermore, the constitution allows a transitional government/caretaker government only in the case that the Council of Ministers of a previous coalition is dissolved due to the loss of its majority in the House, thereby making it necessary to hold a new election (Article 60 (2)(5)). Thus, this option doens not only have a tendency to put in place an ineffective government – but it is also unconstitutional.

The Governmental Proposal: Dissolution, State of Emergency, Amendment, and Interpretation

The first proposed solution to dissolve the parliament is put forward by the State Minister of the Attorney General’s Office. According to Article 60, the parliament can be dissolved for two reasons: (1) to hold an election before the expiry of the parliamentary term, or (2) if the Council of Ministers of a previous coalition is dissolved because of the loss of its majority in the House. For the current situation, the second reason is not applicable. Regarding the first reason, the current term of office ends on September 30, 2020, and it is impossible to predict how long the pandemic will last. Hence, it is impossible to dissolve the parliament and hold an election before the expiry of its terms.

Amendments which are not related with fundamental human rights and freedoms (chapter 3 of the FDRE constitution) could only be accepted when approved by a two-thirds majority vote of the House of Peoples’ Representatives and the House of the Federation in a joint session, and a two-thirds majority vote of the Councils of the member States of the Federation (Article 105 (2)).

Instead of giving open access to an extension of the office term, it is possible to add an article which allows the government to postpone the election as well as the term office of the parliament under the state of emergency solely in the case of a pandemic recognized by the World Health Organization (WHO). The prolonged term of office should last a maximum of six months after the WHO declared the end of the threat, thereby providing enough time to hold an election and transfer power to the newly elected government. During such an extension the government’s power to change and adopt laws should be limited. Nevertheless, there is a possibility of the government to hold power for more than a year as this pandemic is novel to the world and no one knows when its threat will end. But I still believe that such an amendment would accomplish the objectives of the constitution by preventing the government to extend its term of office without any valid reason, avoiding a possible political vacuum, and putting in place an effective and legitimate government. However, it is not feasible to amend the constitution for the current impasse, as it is necessary to submit such a proposal for discussion to the general public and stakeholders which will not be possible because of the time limitation (the current government’s term of office ends within four months) and because of  restriction on public gathering due to Covid-19.

Other posts about this region:
Ethiopia 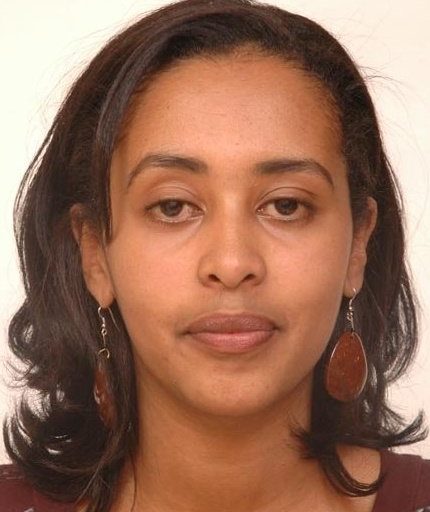 Other posts about this region:
Ethiopia No Comments Join the discussion
Go to Top