The Venice Commission on the Dutch Childcare Allowance Scandal

On 18 October, the Venice Commission published its first ever opinion on the Netherlands dealing with the Childcare Allowance Scandal (toeslagenaffaire). It includes a list of rather detailed proposals for the legislator, the executive and the judicial branch, also pointing at the prohibition of constitutional review which is one of the hallmarks of the Dutch Constitution. In February this year, the Speaker of the House of Representatives of the Dutch Parliament requested an opinion of the Venice Commission on how to improve the system of administrative justice, now that even countervailing powers had not prevented thousands of families from being confronted with State-inflicted hardship. While its conclusions are not groundbreaking, the opinion of the Venice Commission must be welcomed for highlighting the crucial connection between individual justice, proportionality and fundamental rights. Starting from a rather ‘thick’ conception of the rule of law, the Commission is able to bridge the procedural and practical shortcomings in legislative and executive practice, with a much needed call for more effective (judicial) fundamental rights protection. Thereby, it fills a gap and hopefully contributes to substantive change.

Whereas it is often referred to as the Childcare Benefits Scandal, the opinion speaks of the Childcare Allowance Case. It is correct to speak about allowances (toeslagen), that is, provisional and conditional advance payments by the State to parents making use of childcare services, but the term ‘Case’ might suggest we are dealing with an isolated incident here. And that is far from the truth. The dimension of the scandal continues to unravel itself. Last week, it became clear that 1115 children were placed under custody as a result of the toeslagenaffaire. What exactly happened?

In a political climate concerned with the prevention of fraud, harsh legislation was enacted ensuring that childcare allowances erroneously paid, are reimbursed. For years, the relevant provisions were interpreted in a way that in case an irregularity was found, even years after the allowance had been granted, the whole amount (sometimes up to 30.000 Euros per year) had to be paid back. For the parents involved, it was no longer possible to obtain an allowance to pay for – otherwise very expensive – child care. Parents listed as ‘frauds’, even if an inconsistency was minor or not their mistake, were rarely given information and appeals at the highest administrative court were consistently unsuccessful. For thousands of families, this has led to severe financial and relational, psychological and physical problems. Only in 2019, after years of strict application, the administrative law section of the Council of State opted for an interpretation that included the principle of proportionality when reviewing reimbursements. One and a half years later, as the scope and seriousness of the scandal had become more clear, it led to the fall of the government headed by Prime Minister Mark Rutte.

The Council of Europe’s Venice Commission (officially: the European Commission for Democracy through Law) concludes in its Opinion that ‘in general, the Netherlands is a well-functioning state with strong democratic institutions and safeguards for the rule of law. While the shortcomings in individual rights protection uncovered in the Childcare Allowance Case are indeed serious and systemic and involve all branches of government, it appears that eventually the rule of law mechanisms in the Netherlands did work’ (p. 27). Nevertheless, and leaving aside the fact that the continuing lack of structural solutions offered to victims places doubt on this conclusion, the long list of proposals of the Commission suggests that there is much work to do. Starting from the rule of law, as developed in the Commission’s 2011 Report on the Rule of Law and its Rule of Law Checklist, the Commission mentions familiar requirements of legality, legal certainty, legal safeguards against arbitrariness and the abuse of power, and non-discrimination. These are complemented by the important point that too little discretion and inflexible application of rules can also violate the Rule of Law.

More concretely (see p. 28), it is proposed that ‘the inclusion of hardship or proportionality clauses should be considered for future legislation’. The Commission recommends that it should become easier for (a minority of) Parliament to initiate hearings and investigations; or, alternatively, that a standing committee be created for scrutinizing (the application of) laws. The right of MPs to full information without delay (laid down in article 68 of the Constitution) should be made practical and effective. The Commission also notes that it should be ‘seen as acceptable and even normal’ that MPs from government parties do not refrain from scrutinizing the government. Especially in the consensual Dutch democracy with highly fragmented party politics (150 seats divided over 19 parties) and assumed internal loyalty, this is not generally the case.

For the executive branch, the Commission recommended to improve the information flow within civil service and up to the ministerial level. Individuals should have adequate access to simple procedures, and the executive should ‘ensure that its internal assessment of the quality of legislation includes effective monitoring for compliance with basic principles of good administration and the rule of law, such as legal certainty, legitimate expectations, non-discrimination, individual assessment and proportionality’. For the judiciary, it is proposed to establish channels to draw the attention of the other branches to parts of legislation that cause systemic problems. Importantly, the Commission also holds that ‘it could be considered whether Article 120 of the Constitution should be amended, or whether other mechanisms of constitutional review should be introduced’. Even if Dutch courts cannot review legislation on the basis of the Constitution, they can rely on the ECHR for this purpose. By referring to the very limited attention given to fundamental rights in childcare allowance cases, the Commission recognizes that this is not a perfect alternative.

A Momentum for Rights

Initially, the request for an opinion from the Venice Commission was met with some skepticism by jurists. There were worries that with this opinion, the parliament would try to exert influence on the judiciary. But the Commission’s findings, as outlined above, point at the need for change at the legislative and executive level in particular. They address several shortcomings at the heart of the Dutch parliamentary system, notably with regard to the lack of information and the limited scrutiny exercised by government parties. Just like the executive, the legislator is blamed for not taking into account possible effects and hardships.

It was also questioned whether it was useful or necessary to obtain an external opinion – given that the request was very broad and arguably premature. It is true that the recommendations are phrased in careful, somewhat deferential terms that are hard to disagree with. However, the Commission does subtly place the finger on the sore spot, namely the role of fundamental rights. A spot that is often overlooked, as is evidenced by the report of the Parliamentary Inquiry Committee called ‘Unprecedented Injustice’ (Ongekend onrecht) and the recent report from a working group of lower instance judges. Even though these reports address the role of the administrative principle of proportionality and ask how courts should deal with cases in which fundamental interests are at stake when there is a risk of disproportional effects, they do not link this principle with the protection of fundamental rights. How is this possible?

Article 120 of the Dutch Constitution contains a prohibition of constitutional review of Parliamentary Acts and there is no constitutional court in the Netherlands. Asking how this can be justified, Dutch jurists are quick to respond that instead of constitutional review, complainants can directly rely on fundamental rights norms that are ‘binding on all persons’ (art. 93 of the Constitution), such as those enshrined in the ECHR. What the Venice Commission rightly recognizes though, is that this is not the same and does not guarantee a sufficient level of (judicial) fundamental rights protection. In the childcare allowance case law, the Council of State needed only a few lines to conclude that article 1 of the First Protocol to the ECHR (the protection of property that also applies to social security benefits) did not cover allowances. Yet this conclusion can easily be questioned and so can the practically non-existing role of articles 8 and 14 ECHR. As I have argued elsewhere, fundamental rights protection in the Netherlands is to some extent ‘outsourced’ to Strasbourg, as the Dutch courts aren’t always able or willing to independently ensure effective protection of ECHR rights in the specific context of Dutch cases.

What is more, the constitutional rights listed in the Dutch constitution (they are there!), do not come with the requirement that infringements must be proportional to their legitimate aims. Instead, the focus lies on requirements of legality – limitations have to be laid down in Acts approved by Parliament or based thereupon. This exemplifies the lack of a proportionality culture in the Netherlands. Until very recently, ‘proportionality’ merely referred to an administrative principle only deferentially applied by courts. Ensuring that infringements of fundamental interests are proportional, is not automatically considered something that is related to the protection of fundamental rights.

Unsurprisingly, thus, the last (but not the least) point the Commission makes is to consider changing article 120 of the Dutch Constitutional and allow constitutional review. (When the Venice Commission was created in 1990, the fear for critique on its lack of constitutional review was in fact reason for the Netherlands to not join immediately.) In this respect it must be noted that the idea to alter article 120 is actually back on the agenda today. In April this year, a motion was passed in Parliament requesting a legislative proposal eliminating the prohibition of constitutional review within a year from then. And since merely allowing review on the basis of the existing (classical rights) norms would not involve an analysis of necessity and proportionality, there is also broad agreement that if a possibility of review is created, a (general) limitation clause including a proportionality test should be added as well.

Given the rigid character of the Dutch Constitution, constitutional review will not come about easily. At the same time, there has hardly been a better time to argue for change and for more effective protection of fundamental rights. While not groundbreaking, the opinion of the Venice Commission must be welcomed for making a crucial link. Starting from requirements of legality and legal certainty, with the help of a substantive understanding of the rule of law, it is able to connect executive discretion and judicial interpretation to the importance of proportionality and fundamental rights. To prevent another toeslagenaffaire, it does not suffice to rely on procedural justice or maatwerk (tailored decision making). Instead, substantive legal rights and the (judicial) protection thereof are key. Once a proposal to alter the Constitution is there, another opinion of the Venice Commission would be welcome. 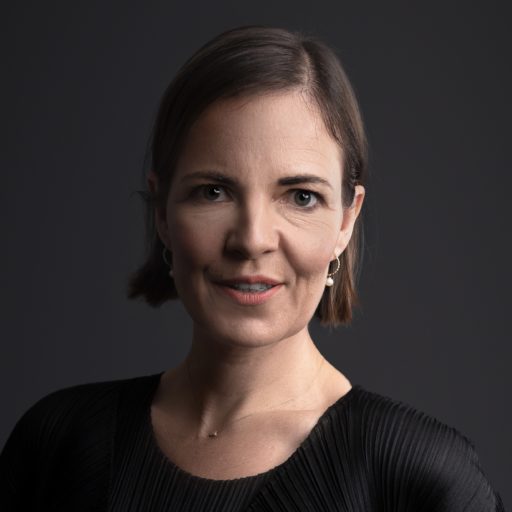 Other posts about this region:
Niederlande 2 comments Join the discussion
Go to Top