On 13 May 2021, the Constitutional and Human Rights Division of the High Court of Kenya delivered a momentous judgment explicitly invoking the basic structure doctrine in order to declare the unconstitutionality of the Constitution of Kenya (Amendment) Bill, 2020. The Court’s incorporation of the basic structure doctrine into the Kenyan constitutional framework has been generally received as a cause for celebration among constitutional scholars, including Yaniv Roznai and Ambreena Manji in this blog. Without entering into the question of the political desirability of the decision, however, this article will seek to provide an alternative perspective that questions the theoretical viability of the Court’s reasoning (particularly as it relates to its approach to the theory of constituent power), and that calls for some restraint in the growing scholarly celebration of efforts to expand the basic structure doctrine.

Constituent Power and the “Basic Structure” of the Constitution

At the heart of the Court’s ruling is the idea that, even in the absence of explicit unamendability, some constitutional provisions and principles are so fundamental to the structural integrity of the Constitution that their amendment would be tantamount to destroying the constitution itself, and therefore those provisions cannot be altered by the governmental institutions in charge of constitutional reform. Instead, their alteration or displacement can only be undertaken by the very power on which the Constitution’s own authority rests: the people’s constituent power. In this way (and on top of the regular, constituted organs of government), the Court distinguishes between, on the one hand, a “secondary constituent power” that, while being competent to amend the constitution through Articles 255-57, is substantively limited in that competence, and, on the other hand, a “primary constituent power” that, residing exclusive in “the people,” is “independent of any constitutional forms and restrictions and is not bound by previous constitutional rules and procedures” [para. 474 (c)]. Only the latter can thus legitimately alter the Constitution’s “basic structure.”

The first problem with this construction—or, more particularly, with its endorsement by an institution in charge of interpreting the constitution—is that, outside of the normative framework of authorization that the Constitution itself provides, the representation of “the people” (as an abstract unity capable of issuing a coherent, actionable will) becomes inherently contestable. Therefore—by giving constitutional credibility to the notion of a popular constituent power that, while necessarily indeterminate as to its composition and mode of expression, is nevertheless recognized as a superior (and constitutionally non-cognizable) source of normativity—the Court is opening the door to a fundamental indeterminacy in the realm of democratically authorized action, one that critically undermines the Constitution’s own claim to serve as the ultimate rule of recognition for attempts to represent the demos. This, in turn, might enable claims to speak in the name of “the people’s” constituent power that, while being now a constitutionally recognized possibility, would operate outside the realm of constitutional control. Consequently, the judicial incorporation of the theory of constituent power ultimately entails a negation, from the inside, of the very notion of constitutional supremacy, and potentially grants legal viability to an abusive appropriation of the demos outside of the boundaries of the rule of law.

Being perhaps aware of this problem, the Court then devises a rather curious solution: in the same statement where it acknowledges the independence of the primary constituent power from “previous constitutional rules and procedures,” the Court goes on to affirm that, “in Kenya, the Primary Constituent Power is exercisable in four sequential processes listed in paragraph (e) below” [474 (c)]. According to paragraph (e), the four stages that the constituent power must meet in order to be recognized as such are civic education, public participation, debate in a specifically elected constituent assembly, and a referendum to approve the final product of the constituent process.

History and the Self-Grounding of the Court’s Authority

It is here, however, that what might have been a questionable but understandable judicial development in the face of executive abuse turns into an outright theoretical aberration. Never mind the indeterminacy and room for (potentially abusive) discretion that each of the Court-identified stages allows once we step outside the limits of the constitutional framework (an issue that reflects the inseparability of extraconstitutional constitution-making from the mediational power of those in a position to concretize the procedures for “popular” decision-making). Instead, the principal question that presents itself is exactly on what authority can a constitutionally authorized court presume to ground its own competence to delineate the conditions for the emergence of a an allegedly “original” (or primary) power.

For obvious reasons, the Constitution can provide no such ground once the court has recognized the supraconstitutional nature of the very power it sets out to define. Instead, the Court appears to turn to history in order to justify its definitional choices. Much has indeed been made of the Court’s reliance on history. But it is important to note from the outset that such reliance is by no means a politically neutral endeavor. This is true on two levels: first, the general deference to historical dynamics—as determinant of what ought to be presently considered the proper boundaries of constituent democracy—is not itself a preordained or uncontroversial choice (Näsström); second, the specific reading of the constituent past being made by the judges is not free from its own normative baggage either. With regard to this latter aspect, Manji perceptively notes that “what is and should be an authoritative account of the period of constitutional reform is up for grabs.” Yet she also portrays the issue as one pitting the Court’s “deeply historical reading that enables us to see what the Kenyan people meant when they gave themselves the 2010 Constitution” (a reading that can thus help establish an authoritative “record” of “the struggles of the people”), on the one hand, against revisionist attempts “to minimise or call into question the history of the struggle over constitutional change and the demands of the people for an end to repression, patronage and illegality,” on the other. From this perspective, then, the dilemma appears to be one between historical authenticity and political manipulation in accounting for the role of “the people” in constitution-making.

Praiseworthy as the Court’s effort to highlight and reaffirm the agency of ordinary Kenyans may be, I believe that this account needs to be further problematized. In particular, the problem with framing the issue in these terms is that “what the people meant” when they “gave themselves” a constitution is not just something to be “seen” or “recorded”; on the contrary, it is an inherently contestable claim partaking in the political quest to give concrete meaning to an abstract source of normativity (the unitary voice of “the people”). Thus, in concluding that it was indeed the Kenyan people who “bequeathed themselves” the Constitution in a successful struggle against the “political and other elites” [473], the Court is attempting to settle the meaning of the constituent demos by identifying it with the participants in the constitution-making process and with their specific mode of participation, despite all the political choices (with their underlying power dynamics) that helped frame that participation and translate it into a uniform “popular” will—choices whose fundamental contingency the judgment’s narrative serves to obscure. The Court’s grounding of the constitutional “basic structure” in a primary constituent power thus transforms a purely existential reality (the Constitution’s enactment through a specific set of more or less participatory mechanisms) into a seemingly self-sufficient source of normativity; and one, for that matter, that is supposed to inform the authority of the Constitution itself. In that sense, the Court appears to be taking it upon itself to adjudicate (if only implicitly) the validity of the very document from which it is supposed to derive its own competence, by ascribing that validity to an external source—an external source whose own conditions for future expression the Court is in turn seeking to control. Yet, since the Court’s authority to do so can be traced neither to the Constitution nor to some objective reality observable in its own right, the only answer left is that such authority must be self-grounded. Wouldn’t that then turn the Court itself into the truly primary constituent power?

This, indeed, appears to be the ultimate implication of the paradoxical effort to defend the constitution’s integrity by judicially invoking the superiority of an admittedly extraconstitutional constituent power (at least insofar as courts do succeed in their pretension to circumscribe the conditions of possibility for the latter’s emergence). Such a shift in the judicial role from one of constitutional interpretation to one of sovereign adjudication might then counsel some pause before we celebrate too emphatically the continuing expansion of the basic structure doctrine. To be sure, it is still possible that the doctrine’s adoption by the judiciary may remain a valuable political expediency. Indeed, when all is said and done, the benefits of removing the power to amend certain parts of the constitution from the sphere of governmental action (especially when the government in question is one prone to abuse) might very well outweigh the costs of upsetting (at a theoretical level) the normative hierarchy of the constitutional rule of law, and of giving institutional credibility to claims to represent “the people” outside of the boundaries of the constitution. But, whatever our conclusion may be on this point, the important consideration here is that there are costs. It is therefore crucial that we be at least cognizant of the nature of those costs if we are ever to honestly assess whether the basic structure doctrine is an idea worth replicating. 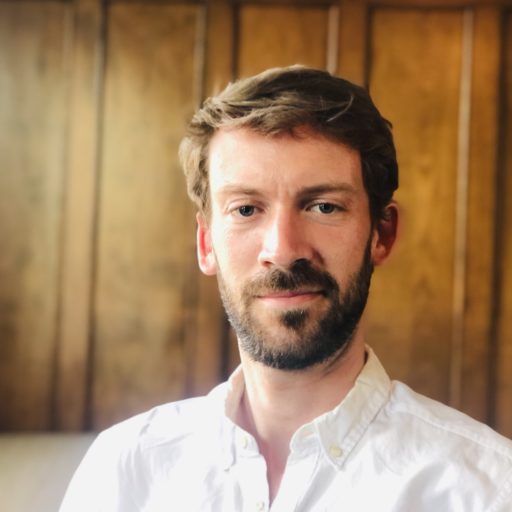 Other posts about this region:
Kenya No Comments Join the discussion
to receive information about new articles and services of Verfassungsblog.de. I know that I may withdraw my consent at any time. More information in the privacy policy.
Verfassungsblog complies with the new GDPR.
Read about it in our Privacy Policy. I opt-out
permanently of anonymized tracking via Google Analytics on Verfasssungsblog.de. This will create a cookie on your device to save your decision.
Nach oben