Constitutionalism in a Time of Crisis: Botswana’s Reaction to the COVID-19 Pandemic

President Masisi was acting pursuant to section 17 of the Constitution of the Republic of Botswana (1966). The features of the said section are that:

It is important to highlight the manner according to which President Masisi and the ruling party handled the process of Parliament’s approval of a state of public emergency. It is indeed commendable that there was an outright acceptance of the sensitive nature of this process. Also, that this was possibly a measure that most Batswana would be uncomfortable with, if not properly justified, was properly considered. The consultation process was done in a very transparent manner and involved airing the National Assembly proceedings during the debate on the motion on national television (and this is not a normal occurrence). The President put forward his reasons for seeking an approval of a period of six months. If one paid attention to the proceedings of the National Assembly, one thing remained clear; President Masisi and members of the ruling party wanted to explain, and perhaps convince, citizens that the period of six months was reasonable considering the nature of the COVID-19 pandemic.

In reaction to the said motion, members of the opposition parties argued, among other things, that there was absolutely no need to declare a state of public emergency. According to them, the current laws, specifically the Public Health Act, allowed the President to take measures that he wanted to take once a state of public emergency was declared. They further argued that even if it was to be accepted that a State of Public Emergency should be declared, it should be for a period of twenty- eight days commensurate to the period of lockdown already declared. One of their main concerns was that there was, with no proper oversight, a great possibility of misuse of state funds and corruption during the period that the President asked for.

Four things that should be highlighted stood out from the said proceedings. Firstly, both sides of the house agreed that there was a public emergency but differed on whether it warranted invoking the provisions of section 17 of the Constitution. They also disagreed on the length of the proposed period of the state of public emergency. Secondly, members of the opposition parties and those who were opposed to the six months period sought were concerned with the accountability of the Executive during this period. This was especially with regards to the government’s procurement and expenditure during this period. Thirdly, the opposition argued that current laws, or new laws even, could be used to achieve the very same things the President wanted to achieve through a declaration of state of public emergency. In reaction, it was argued by the ruling party that the Public Health Act and other laws were limited to the extent the President would not be able to act in a manner that is required of him when dealing with the pandemic. Finally, there was also concern that the rights of citizens would be violated during this period.

It is perhaps too early to assess whether the period asked for by President Masisi was excessive considering that we are yet to witness the measures, and the length of such measures, that will be put in place to deal with the COVID-19 pandemic. Likewise, it is too early to assess the validity of the reasons adduced as justification for the six months period as they are linked to the measures that will be taken during the state of public emergency to deal with the COVID-19 pandemic. However, the concern raised by the opposition as regards the accountability by the Executive during and post the state of public emergency has merit. In a country where the anti-corruption mechanisms are weak and are lacking in many respects, there is apparent lack of strong supporting domestic legislation such as a law on access to information, it remains to be seen whether the Executive will be as transparent at the end of the six months period as it was at beginning.

The debate on the motion, which lasted for two days, ended with a vote in favour of a state of public emergency period of six months. During this period, the President is guided, in the exercise of his powers, by the provisions of the Emergency Powers Act (1966) which primarily allows him to make emergency regulations whenever an emergency declaration is in force. Such regulations are to be promulgated by the President but must be approved by the National Assembly in order to have effect.

According to section 3 of the Emergency Powers Act, the President is empowered to make regulations that appear to him to be necessary for, among others, securing the public safety. The section is couched in wide terms so as to allow the President to make such as regulations as may be necessary for dealing with the public emergency at hand. The section empowers the President to make regulations restricting the movement of persons, closure of the country’s points of entry, taking possession of or control, on behalf of the State, any property (other than land) or undertaking, entering and searching any premises and amendment of any law, suspension of the operation of such a law and the application of such law with or without amendments. The President, acting under this section, is prohibited from making any provision that allows for the trial of persons by military courts.

Section 5 of the Emergency Powers Act creates a safety net by providing that regulations promulgated by the President under the Act must be approved by the National Assembly if they are to have effect. The National Assembly can, at this point, curtail any far reaching and unnecessary powers contained in such regulations. However, such a safety net is suited for a scenario where the legislature is completely independent from the Executive. In Botswana members of Cabinet are voting members of the National Assembly. Furthermore, the history of Botswana’s Parliament, like many Parliaments in Africa, is that the ruling party often rubber stamps motions that emanate from the President and his cabinet. Consequently, it is conceivable that even with the safety net in Section 5 of the Emergency Powers Act, a President who has ulterior motives can promulgate regulations that are an enabling tool for tyranny and simply have his Cabinet and the majority of the ruling party in the National Assembly rubber stamp them.

In the context of Botswana’s current state of public emergency there has, to date, been no indication that President Masisi has any ulterior motives. Possibly noting the extent of the powers vested in him by this provision and the concern from some quarters about the lack of oversight in the exercise of these powers, President Masisi has vowed to use these powers solely for dealing with the COVID- 19 pandemic.

Are human rights, specifically constitutional rights, suspended during the State of Public Emergency? A reading of the provisions of the Emergency Powers Act (section 4 as read with section 2) reveals that the answer to this question is in the negative. Granted, the regulations to be adopted by the President under the Emergency Powers Act supersedes, in the case of any conflict, any enactment. However, the Constitution is excluded from the definition of an “enactment” under section 2 of the Emergency Powers Act. This means that constitutional rights are not suspended during a state of public emergency. That notwithstanding, the limitations to those rights (as are necessary in an open and democratic society) would still be applicable. For example, section 5 of the Constitution protects an individual’s right to personal liberty. Consistent with the preceding point, one’s personal liberty may be curtailed for the purpose of preventing the spread of an infectious or contagious disease. A person may thus approach the High Court (which at the moment is only handling extremely urgent matters) to assert their right to liberty if they allege that they have been wrongfully arrested. The courts thus remain in operation and citizens may challenge the application of the regulations already adopted by the President.

The President has since adopted the Emergency Powers (COVID- 19) Regulations (2020), which were adopted and came into force on the 2 April 2020. As aforementioned, they were adopted pursuant to section 3 of the Emergency Powers Act. A complete assessment of the said regulations is beyond the purview of this post, however it is only necessary to point out that to date they have only provided for matters dealing with the COVID-19 pandemic. To date, there are no amendments to the Regulations that suggests that the President’s powers are being used for anything other than containing COVID-19.  Whether that will remain the case until the end of the six months period remains to be seen. For example, regulation 5 allows the President to declare and he thus declared a national lockdown of a period of 28 days. Further, the Regulations provide for the restriction of movement within the country, entry into the country as well as matters that are connected with measures necessary for containing COVID-19. So far, about three (3) people have been arrested and arraigned on charges of acting contrary to the provisions of the regulations. They are said to have published (through social media) information that is likely to deceive the public about COVID-19 or measures taken by Government to address COVID-19.

Constitutionalism is and speaks to the limits of power, government authority as well as the legitimacy of the state. Botswana being a constitutional democracy continues to perform relatively well viz the respect for human rights and the rule of law. This explains why the process of approving the declaration of state of public emergency was carried out in accordance with the laid-out law. The issue pertaining to the period of the state of emergency appears to me to be a political question and it possibly now moot. That notwithstanding, a longer or maximum period should be justified before approval by the National Assembly. Pending an in-depth assessment of the constitutionality of the Emergency Powers Act, there is no any other conclusion except to say that once a state of public emergency is declared, much is dependent on the person occupying the Office of President of the Republic of Botswana. If he is a good leader, then the country will worry less. The oversight provided by the Courts at the moment is limited considering that the country has basically come to a halt. It may improve once the lockdown comes to an end with only the state of public emergency then being extant. As illustrated above, while in theory the National Assembly provides sufficient oversight during the state of public emergency, in practice that might turn out not to be the case. 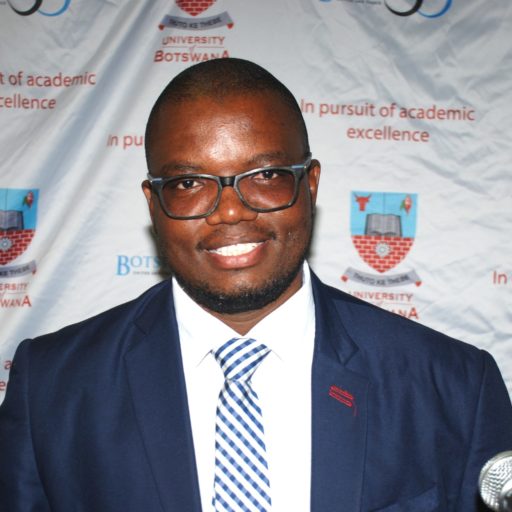