Constitutions of Value: Introduction to the Symposium

The contributions to this symposium are the first fruits of the research project “Constitutions of Value.” They are based on presentations and discussions at a workshop we convened at the University of Würzburg on 12 and 13 December 2019 (with funds made available by the state of Bavaria for the research network ForDemocracy). We had invited lawyers, an economist, a sociologist, a historian, a philosopher, and a commons activist to think about the role of law (together with politics, economics, technology and science) in co-constituting value and value practices. In this introduction we seek to explain what prompted us to assemble this multidisciplinary group to engage in and contribute to a legal study of value, what we hope to achieve with this project, and the challenges that it needs to face.

Value discourses abound – but what should we make of them?

Value discourses are a ubiquitous but ambivalent part of the current moment. To mention just a few examples familiar to readers of this blog: For years now authors on Verfassungsblog have been debating how to prevent, resist and sanction an erosion of the EU’s “fundamental values”. The far right organize themselves around and justify their politics with “a defense of values”. Since the financial crisis the discipline of economics is evidencing a renewed engagement with “value” in which distinctions between the finance industry and the real economy, between “value extraction” and “value creation” figure prominently. Repeatedly, ineffective climate packages raise the question whether we must helplessly stand by whilst economic value production leads to the destruction of what we value as society.

Looking more closely at these debates and deployments of the term value, a number of questions arise: Is the term omnipresent but at the same time meaningless? Is it used to refer to anything a speaker wishes to denote as particularly important, or is it invoked when certain (economic) practices are perceived as unfair? Is there any connection (if so, of what kind?) between political discourse invoking social and constitutional “values” (plural) on the one hand and the renewed discourse on “value” (singular) as a terminus technicus in economics on the other? And, finally, might our call for scholarly engagement with value that is (also) driven by normative ambitions (we’ll get to those) not be a dangerous endeavor given the central place this term takes in a politics we don’t want to be associated with?

To answer the last question first: We do not think so. The research project is prompted by the intuition that attention to value and value practices will shed light on linkages between the debate on dangers to fundamental EU values and the debate on value in economics, linkages beyond the mere fact of a shared word. That an inquiry into value practices, into ways in which value is constituted and the language of value is deployed, will be revealing of these links. We are convinced that a study of value can bring us closer to answering questions of why politics appears unable to get a grip on climate change and how to reconcile our value practices (currently characterized by exploitation and extraction leading to expulsion and extinction) with what we claim to value and wish to protect (such as our children, biodiversity, peace of mind, clean air and water, social cohesion). And lest the alarm bells start ringing: As an outcome of this project, we do not envisage a list of material values, some objective theory of value, which if protected and implemented would provide a fix to our current condition. Value, as we take it up here in this first symposium, is a product of social relations, an analytic, an argument and a mode of intervention. It is a project.

Before we become more concrete with respect to our research agenda and in particular its legal dimension, a brief note on why it is so difficult to pinpoint what we are talking about when we talk about value(s) in political economy. This is the case, we propose, because even though value is central in everyday discourse, conceptualizations of liberal-capitalist political economies are characterized by an absence of value. Neither in law and political theory nor in economics do notions of value occupy a central place. Looking again to the EU fundamental values debate, value here rather figures as a placeholder for other concepts such as rule of law, democracy, human rights; and if we look to the discipline of economics, it is usually price not value that is the conceptually significant term. If we can map how this state of affairs – the simultaneous omnipresence and absence of value – is being sustained and justified, we may better discern how an inquiry into value can help to understand the making of society, the separation as well as connections between different societal spheres.

The world-making effects of value

The world- and society-making effects of value practices have prompted a growing body of scholarship (see only here, here, here, here). Much of this literature owes a debt to Marx. While within the liberal conception of state and society there is a notable absence of a concept of value, from a Marxian perspective value is central: the State and the capitalist economy are part of one particular value system which has the production of surplus “exchange value” represented by money as its main objective. Individual liberty, freedom of contract, enforcement by the state are all necessary elements, so that the worker can freely sell her labour as a commodity and for the price of its exchange value (i.e. the cost of its reproduction) to the capitalist. The capitalist can then use this labour – the “use value” of labour being the source of surplus value production appropriated by the capitalist. Value, in short, is what drives the economy and politics.

If we follow others in turning to Marxian thought in order to justify a scholarly interest in value this is not to suggest that we need an objective value theory, either as a tool of critique or to guide endeavors to transform political economy. Rather, we turn to Marx as an author who, on the basis of value as an analytical concept, can help to clarify the social and material – the world-making – effects of value practices and the social relations underlying these practices. Marx not only provides insights into why an inquiry into value may be important to understand what structures our worlds. As pointed out by David Harvey (on the basis of footnote 89 in chapter 13 of volume 1 of Capital), Marx also indicates a method for how to conduct such an inquiry today. It is a method that looks at the interplay not only of economics and politics, but also education, science and technology in the constitution and coproduction of social relations, relations that are constructed in historically particular ways and so bring about historically particular value practices and thus our historically particular society.

In his attention to the constitutive and productive dynamics of technologically-intermediated social relations, Marx can also be read as a precursor to approaches such as Science and Technology Studies (STS). As value is what gives our lives meaning, it should not be surprising to choose value as an entry point to an inquiry into our modes of existence, an inquiry that is not prestructured by a conceptualization that regards economics, politics, science as separate terrains. No less importantly, Marxian thought places questions of distribution center stage: Who gains and who looses, who exploits and who/what is being exploited by current value practices, how is value distributed within and across societies and how is this distribution being sustained and justified?

No wonder then that many of the contributions to this symposium build on or take inspiration from Marxian (and STS) thought.

The constitutional study of value

It remains for us to address the question: What law’s got to do with it? It is in studying the role of law in the co-constitution of value practices and institutions of value production that our project can make a significant contribution to the study of (the society-making effects of) value. What we propose, thus, is a shift of focus away from the usual suspects of legal scholarship. The usual suspects in the debates mentioned at the outset of this post being the courts as well as regulators. Courts are called upon to defend and protect values (think e.g. of strategic climate and human rights litigation); regulation is called for to curb value extraction and to “redefine value” in order to achieve a circular economy.

From our elaborations above, it should be clear that this is not what we have in mind. We are not so much interested in corrections (through court intervention or regulation), but in understanding how law is co-constitutive in bringing about what courts and regulators then are called upon (often unsuccessfully) to correct. In this endeavor, our project joins forces with other lawyers and scholars from other disciplines who seek to clarify the central place of law in political economy (see here and here). Lawyers and social scientists who follow the law to dismantle the blackboxes of institutions central to value production and value practices, in order to reveal their legal make-up and design – institutions such as money, capital, the corporation, global value chains. Further, the specific focus on the role of law in value production and valuation processes distinguishes this project from projects that focus more generally on the role of law in political economy. As indicated above, it brings to the fore our politics and normative inclinations, as we are indeed driven by a quest for less destructive, perhaps even transformative value practices.

Such scholarship may run the danger of overestimating the role not only of law, but also of lawyers in shaping society. To correct for this danger, we count on our friends in other disciplines, adding to the importance of the transdisciplinary character of our project. In any case, what our project underlines is that the escalating calls on democratic politics (and corporations for that matter) finally to do something to protect what we value from destruction may not conjure up a “missing political will”. Or put differently: Calls for democratization need to take on existing value practices.

In this post we have used the pronoun “we” a lot. We claim that a study of value reveals that in addition to louder calls for democratic change, what is needed prospectively are exercises in imagining institutions, or hacking the ones we have, to bring value practices more into sync with what we value. We are painfully aware that current value practices introduce ever further divisions – between the North and the South, between capital and labour, between humans and other species – that they produce and sustain racism and sexism. A study of value brings these hierarchies and exploitative relationships to the fore. If nonetheless we stick to the “we” it is in the hope that different value practices are possible, practices that do not obscure the relational nature of value production and that are not based on exploitation but on solidarity.

Explore posts related to this:
Values 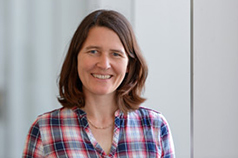 Isabel Feichtner Isabel Feichtner is professor of public law and international economic law at the University of Würzburg and principal investigator of the research network ForDemocracy. 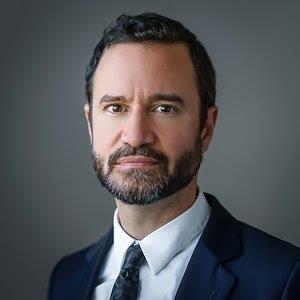 Geoff Gordon Geoff Gordon is a senior researcher in public international law at the Asser Institute in The Hague.

Explore posts related to this:
Values