As of early 2021, the COVID-19 pandemic continues to rage across Canada. These are dark days. Although the arrival of vaccines suggests light will soon appear at the end of the tunnel, Canada is a long way from the end of its COVID-19 crisis.

There are three classic forms of governmental power. Imperium, dominium and suasion. Imperium denotes command-and-control style use of coercive power to achieve policy objectives, taking the familiar form of statute and delegated legislation; dominium concerns the distribute of largesse, dipping into the consolidated fund to enter into contracts and otherwise spend money; and suasion relates to the use of information to enlighten and persuade the citizenry.

All three have been on view in Canada. The Federal Court considered the federal government’s most prominent use of imperium in Monsanto v. Canada (Health), 2020 FC 1053. Since the onset of the pandemic, travellers into Canada have been required to self-isolate for 14 days. Legislative authority for this requirement is found in the Quarantine Act, SC 2005, c 20, with the details set out in an Order in Council, Minimizing the Risk of Exposure to COVID-19 in Canada Order (Mandatory Isolation), No. 7, PC 2020-0840. In Monsanto, a journalist who had travelled to the United States to cover the presidential election campaign was ordered to quarantine on his return. The journalist unsuccessfully sought injunctive relief. Little J did not give much weight to the journalist’s argument that he fell within one of the narrowly drawn categories of person to whom the quarantine requirements do not apply (those, for example, living in transborder communities), did not think the journalist would suffer irreparable harm and thought the balance of convenience weighed in favour of the government.

At the provincial level, governments and health officials have used existing or new statutes to exercise sweeping authority, imposing curfews (as in Quebec in January 2021), permitting retroactive modification of statutes by ministers (as in Alberta in April 2020) and confining symptomatic people to their homes (as in Ottawa in September 2020). No serious legal challenges have been mounted to these measures. Notably, these measures have been adopted at the provincial and local level: as David Dyzenhaus explained, the federal government has not seen fit to invoke its broad emergency powers under the Emergencies Act, RSC 1985, c 22 (4th Supp).

Rather, aside from the imposition of quarantine requirements, the federal government has mostly relied on dominium, signing contracts to procure personal protective equipment and ventilators in the early months of the pandemic and, more recently, making arrangements to secure an adequate supply of vaccines (which, in turn, are being distributed by the provinces). Apart from a mooted challenge to the Quebec government’s plan to delay distribution of second doses, there is no realistic prospect of any judicial involvement in the oversight of these contractual arrangements.

Lastly, both levels of government – federal and provincial – have relied on suasion. There are pages and pages of non-binding official guidance about all manner of things related to the pandemic, including hospital visitation policies, sanitation in childcare facilities and the scrutiny of foreign investment in Canada. Moreover, a curious feature of the pandemic in Canada has been the mismatch between the advice or information offered by officials and individuals’ legal obligations. For example, foreign travel is not prohibited, but discouraged (and some politicians and political aides who have travelled abroad have ended up resigning from office); and smartphone alerts do not necessarily map neatly onto legal restrictions.

There is limited judicial oversight of suasion. The leading case is Sprague v Ontario, 2020 ONSC 2335. Here, an individual challenged a hospital visitation policy, which prevented a son from visiting his elderly father, who had been hospitalized for non-COVID-related reasons but was in a special ward for vulnerable patients. But judicial review was not available, as the visitation policy was a private act of the hospital (not of the province), and the policy could not be reviewed for compliance with Canada’s Charter of Rights and Freedoms, as it did not have the force of law.

The Passive Role of the Judiciary

As the discussion of the forms of power used to respond to COVID-19 in Canada indicates, the role of the judiciary has been relatively passive. The Monsanto case is a particularly striking example. In considering the balance of convenience, Little J commented in expansive terms about the public importance of the quarantine requirements, noting the federal government’s “clear and unequivocal statement of the public interest” by invoking the Quarantine Act and the “cogent signal about the nature and severity of the risk to public health of the spread of COVID-19” sent by the imposition of a quarantine requirement on asymptomatic persons” (at paras. 109-110: see also Ingram v Alberta (Chief Medical Officer of Health), 2020 ABQB 806, at para. 81; Springs of Living Water Centre Inc. v. The Government of Manitoba, 2020 MBQB 185, at para. 38; Conseil des juifs hassidiques du Québec c. Procureur général du Québec, 2021 QCCS 281, at paras. 183-191). These comments indicate a lack of judicial appetite to undo governmental exercises of imperium in the context of the pandemic.

This is unsurprising as, in Canada, legislatures can delegate plenary powers to administrative actors. Courts have not been entirely absent, of course. The judiciary has played a role around the edges of exercises of imperium, for example in interpreting the scope of restrictions on religious gatherings (Springs of Living Water Centre Inc. v. The Government of Manitoba, 2020 MBQB 185; Conseil des juifs hassidiques du Québec c. Procureur général du Québec, 2021 QCCS 281) or narrowing their application to vulnerable groups such as the homeless (Clinique juridique itinérante c. Procureur général du Québec, 2021 QCCS 182). But in general, the judiciary has been a passive, reactive actor.

Another useful example of judicial passivity is provided by Schuyler Farms Limited v. Dr. Nesathurai, 2020 ONSC 4711, where the precautionary principle was highly relevant. Under Ontario’s Health Protection and Promotion Act, RSO 1990, c H.7, especially s. 22, medical officers of health in the province’s cities and regions have significant powers to prevent the spread of transmissible disease (including the ability to issue binding orders in respect of individuals and premises). Dr. Nesathurai made an order limiting the number of migrant farm workers who could bunk together while quarantining after their arrival from overseas. The order was more stringent than the relatively permissive guidance – suasion, again – from the federal government. An employer who was hoping to bunk around 20 workers in the same units successfully appealed this order to the Health Services Appeal and Review Board. The Board found the order was not necessary to protect public health. But the Divisional Court quashed the Board’s decision, reasoning amongst other things that Dr. Nesathurai was entitled to have regard to the precautionary principle in making orders under s. 22. Note, however, that the precautionary principle was introduced by the medical officer of health, not the courts. During the pandemic, Canadian judges have been passive actors, reacting to decisions taken by others rather than driving policy themselves.

In exercising this passive, reactive role, Canadian courts have shown significant deference to political judgement and the expertise of medical officials.

Consider Hudson’s Bay Company ULC v. Ontario (Attorney General), 2020 ONSC 8046. This was a challenge to lockdown measures introduced in Ontario, in the city of Toronto and surrounding areas, in response to rising COVID cases in late 2020. “The Bay” is a department store quite like the American Macy’s or British John Lewis. The Bay argued that the regulations made arbitrary distinctions between department stores, which had to close, and ‘bigbox’ stores like Walmart and Costco, which could remain open. Moreover, The Bay suggested, the regulations had to “evidence-based” and, in the absence of any evidence identifying virus transmission in HBC stores or equivalent outlets, are accordingly invalid.

The challenge was unsuccessful: the overall objective of the empowering legislation was “to provide a flexible approach to balancing the health and safety of Ontarians during the pandemic against the province’s economic and business interests”; even if the measure was imperfectly designed, it was beyond the role of the courts to consider the “wisdom or efficacy” of the difficult policy choices made by the government (at para. 71). The evidence relating to transmission in The Bay’s stores was, accordingly, neither here nor there (at para. 81). As it went to the wisdom or efficacy of the measure, it was not relevant to determining whether the regulation fell within the broad statutory objective of balancing health and safety against economic and business interests.

The Canadian provinces have been affected differently by the COVID-19 pandemic and have reacted differently too. Ontario and Quebec were badly struck by the first wave in March to April 2020 and have struggled also to cope with the second wave of early 2021. British Columbia, by contrast, was much less affected by the first wave. On the Prairies, provinces such as Manitoba and Saskatchewan were spared by the first wave but severely impacted by the second. These provinces have employed a variety of lockdown measures which, as with those considered in Hudson’s Bay Company ULC, have sought to balance public health with economic welfare.

A different approach has been taken in the Maritime provinces of New Brunswick, Nova Scotia, Newfoundland and Labrador and Prince Edward Island. These provinces have followed a variety of zero-COVID policies, which have included strict travel bans. One of these bans was the subject of litigation in  Taylor v. Newfoundland and Labrador, 2020 NLSC 125. Ms Taylor’s mother passed away. Ms Taylor was born in Newfoundland but had since become a resident of Nova Scotia. But she could not return for the funeral, because Newfoundland’s chief medical officer of health had instituted a travel ban: only provincial residents, asymptomatic essential workers and those with extenuating circumstances could enter. Two issues arose, one of federalism, one of fundamental rights. In terms of federalism, the travel ban was enacted under valid provincial legislation: at its “core”, it was a “public health measure” (at para. 241) failing within the provincial power to make laws in relation to local matters (at para. 296, citing s. 92(13) of the Constitution Act, 1867). In terms of rights, the travel ban infringed s. 6 of the Charter of Rights and Freedoms, which guarantees mobility rights. However, the ban was justified under s. 1 of the Charter, which permits legislatures to impose proportionate limitations on Charter rights. In concluding that the ban sought to achieve a pressing and substantial objective and was narrowly tailored to meet the objective, the specialized expertise of the chief medical officer of health weighed heavily in the balance (see e.g. at para. 457). Indeed, Burrage J commented very firmly:

[I]t is not an abdication of the court’s responsibility to afford the CMOH an appropriate measure of deference in recognition of (1) the expertise of her office and (2) the sudden emergence of COVID-19 as a novel and deadly disease.  It is also not an abdication of responsibility to give due recognition to the fact that the CMOH, and those in support of that office, face a formidable challenge under difficult circumstances (at para. 464).

Having regard to these considerations, the province was entitled to institute a travel ban rather than relying on contact tracing or other alternatives. As in the non-constitutional challenges considered earlier, the courts showed significant deference to political and medical judgement.

A notable feature of the COVID-19 pandemic in Canada has been the adoption by courts, legislatures and other bodies of electronic technology to ensure that channels of accountability remain open and navigable by citizens, civil society organizations and the media. Legislative, judicial and administrative institutions alike have – after some initial difficulties – adapted well to a challenging situation. As this blog demonstrates, however, the courts have not played a particularly significant role: they have been reactive rather than passive and have deferred to elected politicians and medical experts. In responding in variable ways to the pandemic – using imperium, dominium and suasion to do so – Canada’s federal and provincial governments are very much in the driving seat as far as countering COVID-19 is concerned.

Other posts about this region:
Kanada 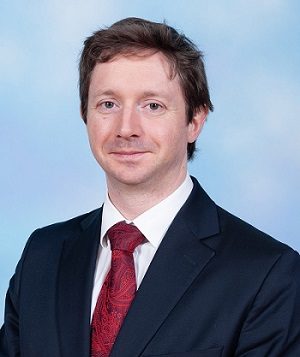 Other posts about this region:
Kanada No Comments Join the discussion
Go to Top