The COVID-19 pandemic occasioned a de facto worldwide state of exception. In Malaysia, the beginning of the pandemic would coincide with political turmoil. In 2018, a democratic reformist government surprisingly rose to power after unexpectedly winning the general election. The victory ended six decades of ethnocratic and authoritarian rule under the United Malay National Organization (“UMNO”), a Malay nationalist party committed to a political doctrine of ethnic “Malay Dominance.” However, in March 2020, just as the WHO declared a global pandemic, a series of political machinations brought down the reformist government. In its place, a new ruling coalition, containing remnants of the collapsed government and UMNO joined forces to form a new Perikatan Nasional (“PN”) government. The raging pandemic and political turbulence related to doubts about the legitimacy of the PN government threaten Malaysia’s already fragile constitutional democracy.

A Review: Ups and Downs

As noted in my earlier blog post about the official response to the pandemic, the primary response has been governed by ordinary legislation: the Prevention and Control of Diseases Act 1988 (“PCDA 1988”). The PCDA 1988 allows for the use of Movement Control Orders (“MCO”) to limit the freedom of movement to contain the spread of the virus thereby lowering pressure on health care systems. The MCO can be flexibly calibrated to allow for more or less restrictions on movement depending on the seriousness of infection rates in a given area. Until September, the government had adopted a medically informed approach that appeared effective. The numbers of illnesses were relatively low relative to many other countries.

Unfortunately, as the pandemic seemed to be under control, complacency amongst officials and citizens set in. There was a decline in practices such as wearing masks and avoiding unnecessary gatherings. Simultaneously, politicking by both the PN government and the displaced democratic government, now part of the opposition, drew focus away from management of the pandemic. To answer doubts about its legitimacy, in September, PN chose to hold a state by-election in the East Malaysian state of Sabah, the country’s poorest state. Despite that Sabah’s border was closed to non-residents, the by-election led to a massive surge in infections that overwhelmed the already weak public health care system. Shortages of testing, treatment, personnel, poor infrastructure, problems amplified by a rural backdrop and significant poverty created a humanitarian crisis.

However, PN was slow to acknowledge the problem and laid bare long-standing structural and substantive problems with central government policy towards Sabah. Yet, despite winning the Sabah by-election, PN was reluctant to reconvene Parliament and to face scrutiny for its decisions relating to the pandemic. Perhaps the major driver for this reluctance was the fear that it would be subject to a vote of confidence by the opposition keen to prove that PN did not have a majority in Parliament.

The humanitarian crisis in Sabah was evidence that a second wave of the pandemic was hitting the country as a whole. It grew evident that federal-state coordination regarding pandemic relief was weak and there were larger deficits with testing, tracing, and treatment. By the end of September, MCOs were reinstated in almost every Malaysian state. The PN government was also under pressure because the MCO generated a significant economic toll. Notably, the government backed national oil company, a major source of revenue for government, suffered huge losses. These difficulties and ongoing doubts about the legitimacy of PN led the Prime Minister, Muhyiddin Yasin to ask the King to declare a formal state of emergency under Article 150(1) of the Malaysian Constitution.

Article 150(1) empowers the King (a constitutional monarch) with authority to proclaim a state of emergency if satisfied that there is a serious threat to “security”, “economic life”, or “public order”. If Parliament is not sitting (as was the case when the pandemic began), the King can rule by decree in derogation of the constitutional bill of rights. The King’s subjective judgments that there is an emergency and how to respond to that emergency are immune from judicial review.

In practice, in keeping with applicable conventions, the King is the formal head of the government whose role is largely ceremonial. He therefore acts on the advice of the Prime Minister who represents the elected majority party in Parliament. However, in a state of emergency, the executive branch accrues immense powers. While such powers should still be subject to democratic constraints, the generally accepted legal position in Malaysia is that Article 150 allows government to suspend the Constitution and to enact ordinances that have the effect of legislation, bypassing usual legislative processes. Unsurprisingly, in Malaysia’s political history, emergency rule has gone hand in hand with a rejection of democratic norms and has instead generated executive dictatorship.

Cognizant of doubts that the emergency was a mere ruse intended to insulate the PN from facing a test of legitimacy in Parliament, the Prime Minister announced that civilian rule would continue. However, his remarks were tinctured by awareness of imminent collapse in PN brought about by UMNO’s frustrations as junior partner within PN. UMNO elites were angered by the Prime Minister’s refusal to stop ongoing prosecutions against UMNO elites begun by the collapsed reformist and for not receiving prominent ministerial positions. Most importantly, UMNO felt that it could win support from the ethnic Malay electorate to re-emerge a dominant force. By the end of 2020, UMNO members began to withdraw support for PN and agitated for a general election. The Prime Minister in announcing the emergency also publicly deemed this desire irresponsible.

While the PN worried about risks of losing power, the situation spotlighted the role of the King as “Kingmaker” in Malaysian politics. As examined in the last post, the King had facilitated PN’s rise to power. Under Article 143(1) of the Malaysian Constitution, the King is authorized to appoint the government from the majority party in Parliament. Typically, again, under the applicable Westminster model of government, the King’s role is to merely formalize an election result where the majority party will form government. But when the reformist government fell in March 2020, there was a power vacuum. The King took the unorthodox step of taking private representations from elites representing different coalitions claiming to have a sufficient majority to form government. After private consultations, the King accepted Muhyiddin’s claim and appointed him as Prime Minister of a new PN government. On a charitable interpretation, the King had risen to the challenge of stabilizing an unstable political situation. However, this meant that the King had to go beyond the merely symbolic role of being head of state. PN’s legitimacy as government was the direct result of the King’s judgment; it was not legitimate from a democratic point of view and in fact directly opposed the will of the citizenry expressed by the 2018 electoral result. The King had therefore become “Kingmaker” whose decision once again allowed a Prime Minister and a government of dubious legitimacy to stay in power and this time to exercise vast emergency powers.

The King’s empowered position chimes with a trend over the last two decades, where the Malaysian Royal Houses have sought to increase their influence over Malaysian politics. Prior to British colonial rule, the Malay Sultanate (eleven of them) were feudal leaders with absolute power. The Sultans were viewed as symbols of Malay political power. But with the advent of a legally supreme written Constitution and democratic practices, their status had been reduced. In the 1980s, the Constitution was also amended to remove royal immunity from civil and criminal prosecution. Recently, however, there were signs that the Malay Sultans sought a more assertive role in politics. By deciding who could form central government, the King was playing a pivotal political role that went far beyond symbolic authority under the Constitution. Prime Minister Muhyiddin’s reliance on the King to stay in power only amplifies the rising influence of royalty in Malaysian politics.

Supposing therefore that emergency rule is a mere ruse to avoid democratic accountability in Parliament, several factors combine to pose a serious threat to the prospects of constitutional democracy in Malaysia.

First, the suspension of Parliament and the Constitution mean that the government possesses a de facto unaccountable power. To be sure, opposition parties are contemplating a legal challenge to the formal declaration of emergency. A potentially powerful argument is that Article 150(1) allows for emergency rule, it does not call for the suspension of Parliament. In the present instance, Parliament could still convene and therefore the Prime Minister’s decision to suspend legislative proceedings is not legally justifiable. Indeed, it could further be argued that the Constitution does not anticipate legally unlimited emergency powers, only proportional time-limited powers. However, the difficulty is that the Malaysian judiciary is traditionally executive-minded in emergencies and has been reluctant to curb state powers. Therefore, it is unlikely that a court would entertain such arguments.

Second, given the absence of meaningful legal and political checks on government, the fact that both government and opposition comprise weak coalitions feeds into the desire by royalty to arrogate power. Since the King can decide who forms government, the troubling dynamic is that a democratic government is less likely to find royal support because such a government will invariably curb the powers of royalty. Indeed, the King “rebuffed” overtures by Anwar Ibrahim, the head of the reformist opposition, to prove that he had a sufficient majority to form government. Since Malay royalty are traditionally seen as symbols of Malay political power, the logical position is for the Malay Sultanate, including the King, to support an ethnocratic government as has in fact happened.

Third, the present situation spotlights latent hierarchical structures within the political culture that place political power in the hands of leaders, not political parties and not in elected representatives. Here, it is worrying that officials now embrace the importance of “Royal decree” and warn citizens not to question the King’s pronouncements, including the declaration of emergency. These warnings are not merely rhetorical. The Malaysian police has proven willing to treat such questioning as reason to investigate citizens for the offence of sedition. These are not necessarily symptoms of the re-emergence of absolute monarchy. Rather, they indicate that entrenched in Malaysian politics is a quasi-feudalistic understanding of authority that favours authoritarian personalities.

Fourth but not least, democratic opposition in Malaysia is in disarray. There is infighting and factionalism; there is not any coherent plan for democratic change and governance. Anwar Ibrahim, its present leader, continues to quest the position of Prime Minister. Troubling is that like Muhyddin, he appears to think that the King should install him into that position. Again, there is evidence of hierarchical thinking at play and a reluctance to engage in open political competition. Perhaps the basic problem with Malaysia’s democratic opposition is that its upper echelon seems to lack democrats who are also truly committed to the rule of law.

To sum up, these factors signal an authoritarian political trajectory accelerated by the COVID-19 pandemic. While infection rates have substantially increased, they remain relatively low compared to other nations and billions of dollars have been earmarked to procure vaccines. Therefore, Malaysia is likely to overcome the pandemic in due course. However, COVID-19 has shone a light on political pathologies in the form of authoritarian social and political forces now speeding up to undermine constitutional democracy. The details are hard to predict but the factors thus outlined suggest that when Malaysia emerges from the pandemic, there will likely be a reversion to ethno-authoritarian government, perhaps with a new coalition led by UMNO in charge. 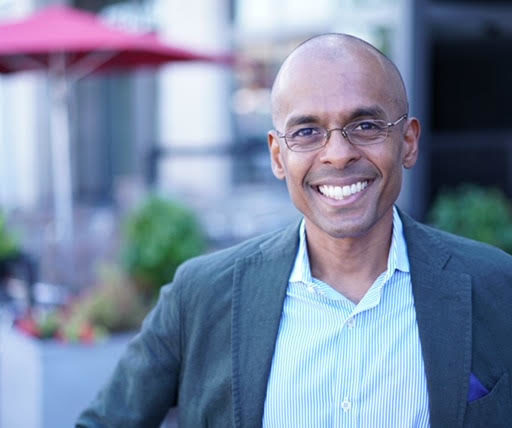 Other posts about this region:
Malaysia 1 comment Join the discussion
Go to Top