COVID-19, Minorities, and Indigenous peoples: The Litmus Test of Equality

The disproportionate impact of Covid-19 on minorities and indigenous peoples across the globe has been well documented. Individuals from these communities have been infected at a greater rate, are more likely to die after contracting the disease and now risk being at the back of the queue in national vaccination programmes. Our work has focussed on a number of elements of this phenomenon, including a study of the disproportionate burden of Covid-19 on the most marginalized communities worldwide, and the ways that members from these communities have been pushed into forced labour as a result of the pandemic.

In this blog, we aim to emphasise the underpinning structural discrimination that has hindered minorities and indigenous peoples’ access to health-related services. This will be followed by a brief commentary on the availability of protection measures to minorities during the pandemic. We end by urging legal communities and other policy makers towards two concrete steps: first to make access to universal health coverage mandatory for all residents in a given jurisdiction irrespective of their legal or other status, and second to ensure the push towards disaggregated data, the lack of which hampers policy making, obscures entrenched structural discrimination and reinforces inequalities in society.

Direct and indirect discrimination overwhelmingly framed the question of access to health services for minorities and indigenous peoples during the pandemic. Although many countries offered testing for everyone regardless of the provision of documentation or valid visas, some restricted access to medical treatment to those with a regularized status. Roma in Ukraine are a typical example of this: a lack of personal documentation, including birth certificates, prevent Roma from registering with a GP, effectively rendering them invisible to health services. Even where there were no formal legal restrictions in accessing health services, migrants and refugees faced discrimination when attempting to do so. This phenomenon was widespread across the Middle East: in Lebanon, for instance, even where free Covid-19 medical services were made available to all, African and Asian workers were denied access in the absence of documentation – a common issue for migrants who are forced to flee abusive employers.

Access to healthcare is often hampered by structural barriers that are compounded by the lack of availability of infrastructure, proper communication, and clear messaging by authorities. Individual vulnerability to the virus is augmented by broader social and structural determinants of health that result in inequities where vulnerable populations live, work, play, pray and learn, deepening their susceptibility. In such a scenario, the framing of communication messages that directly engaged affected communities yielded some positive outcomes at community level. For instance, in the United States (US) some indigenous communities sought their own mitigating measures drawing on traditional knowledge and language to promote voluntary isolation at the individual level while sealing off their territories at the community level. By contrast, in the United Kingdom (UK), national messaging on the vaccine failed to meaningfully address the mistrust experienced by ethnic minorities regarding their health concerns. This mistrust stems from legacies of structural racism and discrimination that still persist, under-representation of ethnic minorities in healthcare research, and negative experiences of culturally insensitive healthcare systems – all of which are key factors driving Covid-19 vaccine hesitancy among ethnic minorities in the country.

Data available from the US, UK and Canada show that the vulnerable socio-economic status of minorities predating the pandemic left them with little ability to absorb any economic crisis. In these societies and elsewhere (where disaggregated data is not available to the same level), minorities and indigenous peoples make up a large share of the workforce in the informal sector, which became the so-called ‘frontline workers’ or ‘essential workers’ during the pandemic. Women have traditionally been disproportionately represented among this category and as a consequence faced increased susceptibility. The fear of losing scarce jobs crucial to subsistence were also a factor that added to the risk of exposure.

The consequence of being engaged in the informal sector put many beyond the reach of financial packages designed to support workers. Even in developing countries such as Bangladesh, Botswana, Cambodia and Thailand that promoted job retention schemes, these only reached some sectors, often excluding others that disproportionately relied on minority or indigenous labour. While informal workers did receive cash payments and other support in a large number of countries, many were single payments – unlike wage subsidies which were paid for several months or longer.

Our research also found that many of the financial packages designed to protect workers were excessively bureaucratic and, as with the healthcare provisions, often tied to the provision of specific documents and requirements. For many minority and indigenous citizens in Thailand, for instance, the holding of an identity card, bank account or residency permits formed a steep barrier preventing access to these measures. Many other states have also required proof of citizenship, permanent residency, official registration or the possession of government issued identity documentation, putting many from minority and indigenous peoples beyond the reach of measures in Australia, Argentina, Belize, Bermuda, Canada, Ecuador, Hong Kong, Japan, Jordan, Nepal, Spain, and Trinidad and Tobago.

Further even where such documentation was held, some of the measures proved indirectly discriminatory due to the lack of effective communication and dissemination, especially in minority and indigenous languages. In Kenya, surveys showed that while 90 per cent of indigenous respondents acknowledged receiving information on Covid-19 preventative measures, a much smaller percentage (69 per cent) had received information regarding economic assistance packages. This trend also held through in India and Nepal where marginalized groups including persons with disabilities, migrant workers, indigenous women and women with severe disabilities were unable to access aid that was ostensibly made available. In both countries there were reports of many who due to the lack of a certificate proving their disability were barred from accessing specifically designed relief programs.

This had a disproportionate impact on ethnic and religious minorities, refugees and internally displaced persons who faced further barriers to documentation. In the Indian state of Manipur, with a majority indigenous population, as many as half of the 50,000 persons with disabilities do not possess disability registration and therefore could not access benefits. Many barriers compound the problem including lack of information and availability of the packages in minority languages, accessible education, proper transportation and a lack of health centres where disability certificates could be issued. The political climate in India also made it harder for persons with disabilities from religious minorities to be able to obtain documentation.

As ethnic disparities came into the spotlight, many highlighted the need for better data disaggregation to guide targeted and appropriate responses. Though many interconnected and constantly evolving elements need to be taken into account, one thing is certain: unless the current pandemic is viewed through a lens of minority and indigenous rights, any attempt to contain it will run the risk of failure. Developing a clear evidence base on how ethnicity, race and religion, as well as potential language barriers for members of linguistic minorities, shape exposure, vulnerability and mortality are an essential step for any government seeking to protect its population from this or any subsequent virus.

Disaggregated data is critical in surfacing inequalities on the basis of social identities. Early data from the UK was instrumental in highlighting the disproportionate number of deaths and hospital admissions from Covid-19 among minority communities. Even when controlling for variables such as age and geography, the number of deaths per capita is very high across all ethnic minority groups. Now that several vaccines have been produced, they are widely viewed as the world’s ticket out of this pandemic – yet at present, the emerging data from countries such as the UK and the US demonstrates that vaccination rates among ethnic and religious minorities are still markedly lower than those among the white majority.

The need to ensure that disaggregated data is collected on the basis of identity must therefore be a crucial lesson learnt for all, since such data is critical in tailoring policy responses. Of course, this push must come with adequate safeguards against its misuse. When collecting disaggregated data, results need to also be contextualised according to social realities and circumstances. Data unaccompanied by adequate analysis of the social factors may misrepresent findings on minorities and indigenous peoples, risking the perpetuation of harmful myths and misunderstandings that undermine the goal of eliminating health inequities. The pandemic has shown that a combination of quantitative and qualitative methods, situating minority and indigenous experiences as subjects and not objects, is needed to fight stigma, racism, and xenophobia.

Our research into the impact of pandemic on minority and indigenous communities leads us to offer five specific conclusions:

* The authors collaborated with Keele University on a research project ‘Sharing Good Practices in Protection of Workers and Victims of Modern Slavery during the COVID-19 Pandemic’. The final report presenting findings from this research will be available in May 2021. 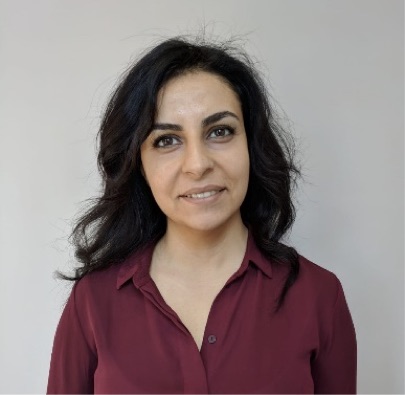 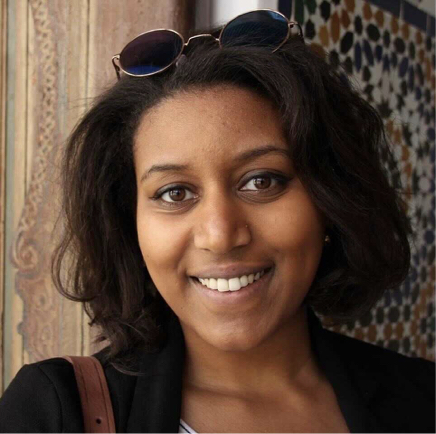