Can “de-” be a modifier to describe the constitutionalism in a country? [1]

Whatever it is termed, one thing is certain that Turkey is undergoing a constitutional deadlock or crisis, and its indicators can be observed on many occasions.

The reason why the Commission could not carry on its task changes from one political party to another. The most important reason, on which the main opposition party–the Republican People’s Party (CHP)–relies, is the ruling Pro-Islamic Justice and Development Party (AKP)’s insistence on presidentialism. In the CHP’s view, presidentialism cannot be a system choice for Turkey, thus it cannot be accepted. The AKP, on the other hand, argues that every system alternatives, including presidentialism, could be debated in the Commission without any precondition, but the CHP hindered this discussion. The far-right Nationalist Movement Party (MHP) and the left-wing, Pro-Kurdish, Peoples’ Democratic Party (HDP) seem to share the CHP’s reason–albeit in different degrees–but also have their owns.

Although presidentialism was the main challenge for the Commission, it was not the only one. The political parties did not agree either on whether the Parliament could pass a new constitution in the technical sense of the term. The CHP and the MHP believe (though the latter is not very clear on this) that the Parliament is bound by the unamendable rules (referring to the first four articles of the Constitution). The AKP seems not to care about the CHP (and MHP)’s position. It appears that the Constitutional Court may be appealed to as the final arbiter to solve this matter, if such a constitution ignoring the unamendable rules is accepted. This type of situation will obviously put the Court in the middle of a legal and political turmoil, once again. [7]

The current phase of the constitutional crisis may render constitutionalism meaningless altogether in Turkey given that the ruling party alone is now drafting either a new constitution or a large scale constitutional amendment.[8] However, this is clearly in contradiction with the very idea of a constitution; i.e. a (legal as well as a political) text to be agreed on or consented by, at least, more than simple majority of the society, for a stable and durable functioning.

The statements made by the representatives of the AKP involved in the drafting process give the idea that the AKP will insist, by all means, on enacting a new constitution endorsing a presidential system, the details of which are not clear yet. The ruling party falls short only of (the support of) 14 MPs to achieve its aim. If the constitution is accepted in the Parliament by at least 330 MPs, but less than 367, then it has to be submitted to a referendum, which is obligatory according to the Amendment Rule (Art. 175). The possible rejection of the AKP’s constitution, as well as its acceptance in the referendum, seems not to stop the constitutional struggle in Turkey; quite the opposite, it may exacerbate it.

Nevertheless, politicians are very creative to overcome the crisis, or get rid of the impasse. For example, according to an AKP MP, who himself is a lawyer and the head of the Justice Commission at the Parliament, the Parliament can abolish, within the scope of its constituent power, the entire existing-constitution. The MP, Ahmet İyimaya, has stated the following:

This statement should be taken seriously, as it seems to suggest an alternative way (or a solution!) to end the crisis, if the AKP fails to obtain the qualified majority necessary to pass a (new) constitution in the Parliament.[10]

Another indicator that Turkey is undergoing a constitutional crisis is the recent attempt to lift the immunity of MPs by way of a constitutional amendment proposed by the AKP. The target of the proposal appears to be the HPD’s MPs.[11] It has been approved by the sub-commission and will be on the agenda of the General Assembly soon. The MHP unsurprisingly takes side with the AKP since the issue turns out to be on a patriotic matter. However, the proposal is supported by the CHP as well. But paradoxically enough, the same CHP argues that the proposal is contradictory to the Constitution.

It seems that this proposal will be, most probably, passed by the Parliament. When it is signed into law by the President, (or if it is approved in the referendum, when it has to be submitted to one), it will be possibly brought before the Constitutional Court by way of individual complaint mechanism. The Court will be harshly criticized however it rules in this possible case.

The result of all these situations is that any new constitution enacted under these conditions in Turkey will unlikely survive, or such a constitution will not possibly maintain functioning government in a stable way. It is not difficult to predict that a different majority composition of a future Parliament will try to amend, change or even abolish such a constitution. This is almost inevitable due to the politically divided and polarized condition of the society.[13]

Constitutional politics/law will be at the top of the agenda in Turkey in the short, medium and probably long terms. The crisis or deadlock, whatever it is termed, seems to continue, and the Constitutional Court will play a critical role in this picture.

Update: This post was first sent to the Editors on May 7. Therefore, some points and facts need to be updated.

The first point is that although the CHP had declared that they would support the proposal and in fact did so in the sub-commission, the first round of the vote in the General Assembly has demonstrated that the majority of CHP’s MPs did not vote for the proposal. The result of the first round indicates that the amendment may have to be submitted a referendum, as the total number of votes in favor of the proposal was below 367; this requires the amendment to be submitted to a referendum. However, if the CHP had voted for the proposal, the referendum would not be the issue.

This article has been previously published on the ICONnect blog and is reposted here with kind permission.

[7] I had reflected on this point earlier on the ICONnect Blog. See Ali Acar, Is Turkey in the process of adopting a new constitution or a large scale constitutional amendment? Some questions concerning constitutional theory, Int’l J. Const. L. Blog, May 13, 2013.

[9] For the statement of Ahmet Iyimaya, Head of the Justice Commission at the Parliament, see (in Turkish) Daily Hurriyet, April 2, 2016. He had expressed a similar view a couple of years ago. See “İyimaya suggests continuing without constitution if commission fails”, December 23, 2012. 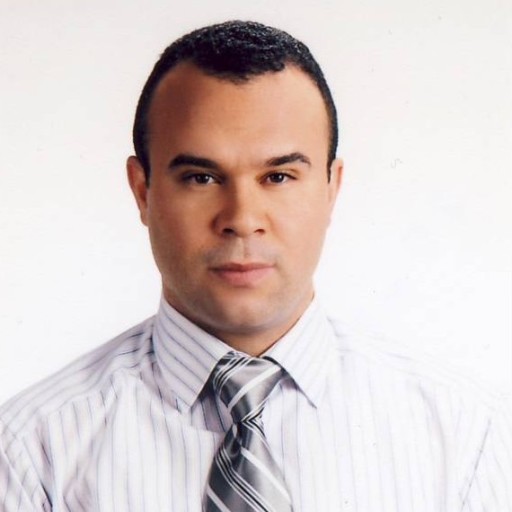 Other posts about this region:
Türkei 1 comment Join the discussion
pixel_not_set
Go to Top