Dealing with a Complex Family Tree

In these brief remarks, I reflect on Rubinelli’s interpretation and critique of what is going on in contemporary theoretical debates about constituent power. What I want to argue is that while her reconstruction of classical positions is highly illuminating and takes our understanding of constituent power’s complex history to a new level, we risk underestimating the ideas in play if we regard them, as Rubinelli suggests we should, as “contingent” (p. 29) and therefore equally valid. Theoretical debates about constituent power are not just attempts to fix a preferred meaning, possibly with reference to a skewed genealogy, but reflect the systematic search for the most plausible conceptualization and the superior normative elaboration of the idea. In this context, a selective recourse to the history of political thought can be methodologically justified as a way to carve out the key features of a particular model of constituent power – which then needs to be argued for on independent grounds.

In Search of the “Correct Meaning” of Constituent Power

Rubinelli looks at contemporary conceptualizations of constituent power, including the normative theories that build on them, through the eyes of a historian of political thought. More precisely, she interprets them as being grounded in particular genealogies – in her words, they are attempts “to prove the correct meaning of constituent power” with reference to its use over time (p. 14). I fully support the aim of doing justice to the various historical uses of the concept, but I wonder whether this is the most charitable reading of today’s theoretical debates about constituent power and the one that allows us best to make sense of them. Rubinelli is critical of the fact that contemporary theorists “are not willing to concede that each [of their views] can be equally valid” (p. 14).

In current debates, we find competing normative theories in which the concept of constituent power – or a particular conception of it – plays a key role. Rubinelli seems to suggest that any attempt to prove any of these positions as superior is futile because they are all grounded in selective genealogies. The implication seems to be that because the concept of constituent power has been used in various ways throughout its history, normative theories based on it reveal little more than the author’s personal taste or political standpoint.

This strikes me as a form of relativism, which I would like to resist and which I think does not necessarily follow from Rubinelli’s findings about constituent power’s historical iterations of meaning. There is a difference between the methodologies of history of political thought on the one hand and normative political theory (as well as constitutional theory) on the other. It is true of all core concepts of political theory – freedom, justice, democracy, etc. – that they are contested and that they have been used in different ways historically. Yet, we assume that progress in the normative theorizing of these ideas is possible, even if the most plausible account may in part depend on the social and political context to which it is meant to be applied.

What I want to suggest is that when contemporary theorists of constituent power appeal to the concept’s history, and do so selectively, this is usually not in order to ground their normative claims (to fabricate evidence for them, one might say polemically), but to carve out a particular model for which they then provide (or at least should provide) independent arguments. The recourse to particular classics, but not others, serves to develop a clear position which can then enter into competition with others. If we were not concerned with the search for the most plausible understanding of constituent power, and if there were nothing at stake, what would be the point of our theoretical debates?

On the Separation of Constituent and Constituted Powers

I would like to illustrate my point by taking a stance on the model of constituent power advanced in post-World War II Europe by Mortati, Vedel, and Böckenförde – as Rubinelli reconstructs it in Chapter 4. According to Rubinelli, in the work of these authors, constituent power describes not only the democratic source of the constitution, but “becomes a tool to promote popular participation inside the constitutional state” (p. 151; emphasis added). In the case of Mortati and Vedel, this not only means that constituent power includes capacities of constitutional change, but that is has a role to play in ordinary politics – that there is the need for strong popular participation in day-to-day decision-making. Mortati calls for forms of direct democracy, such as a right for citizens to initiate law-making processes, and suggests that political parties may be a vehicle for constituent power – a notion which, by the way, has recently been revived in debates about constituent power in the European Union. Vedel primarily argues for a decentralization of the state, assuming that shifting the locus of politics from the national to the local level would open up possibilities for popular participation – again, through instruments of direct democracy.

In order to defend the view that constituent power implies the need for strong popular participation in ordinary politics, these authors have to downplay the importance of the distinction between constituent and constituted power. As Rubinelli explains with regard to Vedel, “the rigidity of this distinction” is seen as “an attempt to keep constituent power at bay and prevent its participation in actual politics” (p. 174). Let me provide a critique of this view in order to show that there is indeed a lot at stake in theoretical debates about constituent power and that we should operate on the assumption that some models can prove superior to others in the sense that better arguments can be made in their support.

As Rubinelli explains in Chapter 1, Sieyès’s distinction between pouvoir constituant and pouvoir constitué implies a vertical separation of powers. As Sieyès puts it: “No type of delegated power can modify the conditions of its delegation. […] Thus, all the parts of a government are answerable to and, in the last analysis, dependent upon the nation”. To explain why this idea is of crucial importance we can turn to another thinker from post-World War II Europe – namely, the Frankfurt political theorist Ingeborg Maus. As Maus argues, the “incredible rationality” (unerhörte Rationalität) of the idea of a hierarchical ordering between the citizens as constituent power and the public authorities as constituted powers consists in preventing political institutions from engaging in self-referential competence distribution. The distinction makes clear that public authorities must not be involved in decisions about their own conditions of operation. Political institutions command only those powers that the citizens confer on them and only as long as they do not withdraw them again. By contrast, if we blur the line between constituent and constituted powers, as Mortati and Vedel do, it may allow us to call for a stronger role of citizens in ordinary politics, but it also means that we undermine the idea of a vertical separation of powers and thus open the door for claims of constituted powers to act in the name of the constituent power in the shaping of the political system. What arises is the danger of a self-empowerment of actors with institutional self-interests.

The continuing importance of a clear separation of constituent and constituted powers is evident in current debates about constituent power in supranational contexts such as the European Union. As Rubinelli notes in the conclusion of her book, much of the recent literature revolves around the implications of globalization and pursues the idea of constituent power beyond the state. In a way, Vedel anticipated these debates. As Rubinelli explains, he was critical of European integration as well as certain international treaties such as human rights conventions to the extent that they claim supra-constitutional status, and in this way restrict the people’s constituent power (p. 168). Ironically, however, Vedel’s willingness to blur the line between constituent and constituted power apparently prevented him from identifying the deeper problem. Ultimately, the issue is not an external restriction on the freedom of citizens, but an internal lack of a vertical separation of powers. As the case of the EU demonstrates, the reason why regional and global integration carry the risk of an increasing loss of citizen control over the organization of public authority is that governments are allowed to act as de facto constituent powers at the supra-state level.

Drawing Selectively on the History of Constituent Power

So, not all ideas of constituent power are equally valid – at least not in the sense that we are unable to determine which are more plausible from a normative point of view. For the reasons just mentioned, it seems clear to me that models of constituent power that insist on a vertical separation of powers are superior to models that blur the line between pouvoir constituant and pouvoir constitué. As Rubinelli notes, despite all the similarities between Böckenförde’s views and those of Mortati and Vedel, the former insisted on a clear distinction between constituent and constituted power exactly in order “to prevent improper uses of popular authority by the legislative power and the constituted order” (p. 172). My overall point here is that, because of such differences, it can be methodologically appropriate for contemporary theorists to narrow their historical focus. Rubinelli’s book brilliantly traces the complex family tree of constituent power, making a major contribution to the history of political thought. However, for democratic theorists engaging in normative debates about constituent power, it can be useful to engage only with a particular branch in order to carve out the key features of a specific model. Such an approach is unproblematic as long as one does not confuse one’s genealogy with an argument supporting the proposed model of constituent power. 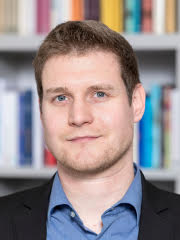 Markus Patberg Markus Patberg is a Postdoctoral Researcher in the DFG project “Reclaiming Constituent Power? Emerging Counter-Narratives of EU Constitutionalisation” at the University of Hamburg.