Why Separation of Powers in India is under threat

A recent amendment passed by the Indian Parliament in the Government of National Capital Territory of Delhi (Amendment) Bill, 2021 (GNCTD Bill) enhances the power of the Central government’s representative of Delhi, the so called lieutenant governor (LG), and impedes the governing autonomy of the elected government in Delhi. The amendment has already been criticised by several scholars as being dangerous to the federal system in India and undermining democratic representation. This article, however, argues that the seeds of this potentially unconstitutional amendment lie in the Indian Supreme Court’s (SC) ambiguous and imprecise judicial reasoning in a case concerning the power tussle between the Delhi Government and the Central government. This, I will demonstrate, has larger implications for the separation of powers in India.

Federalism is an integral part of the Indian Constitution and is specified under Article 245 which lays out the jurisdictional scheme for the Central government (Centre) and the States to make laws. As per Schedule VII of the Indian Constitution, there are three lists, a Central List which specifies subject heads under which the Centre can make laws, a State List under which States can make laws, and a Concurrent List where both the Centre and States have jurisdiction to make laws (residual powers remain with the Centre). Within federal units, there are States which are a separate constituent division with separate governments and Union Territories (UTs) which are administrative units ruled by the Centre.

Delhi, although technically a Union Territory, has a special status under the Indian Constitution governed by Article 239AA. While, formerly, Delhi had been administered by an LG appointed by the Centre, Delhi was granted an elected legislative assembly and a group of ministers responsible to the assembly by a constitutional amendment in 1991. This was partly due to the fact that Delhi was the capital and partly because of rising public opinion that the governance needs of Delhi required local representation. Clause 4 of Article 239AA provides a delineation for the sharing of power between the LG and the Delhi government, wherein a cabinet of ministers headed by the Chief Minister should aid and advise the LG in matters on which the legislative assembly has power to legislate (this does not include land, police and public order),

The Conflict between Delhi and the Centre

Keeping this in mind, the dispute which arose between the Centre and the Delhi Government was two-fold. The first was regarding the meaning of aid and advise. In India’s context, aid and advise has generally been used to mean that a formal executive head of the Government like the LG in this case would be bound by the council of ministers headed by the Chief Minister. For instance, this is so at the national level where the President is bound to act upon the aid advice of the Centre’s cabinet of ministers, and at the state level, where the Governor is bound by the aid and advice of the ministers of that state. In this case, the Centre argued that “aid and advise” should be given its literal meaning, whereby the LG could be free to disregard advice of the ministers in Delhi, while the Delhi Government argued that, given its special status under Article 239AA, it was different from other Union Territories, and hence must be treated like regular states in this matter. Thus, the Governor would be bound by the advice of the ministers.

The second dispute related to the meaning of “any matter” in the proviso. As per the Centre, this again meant that the phrase be given its literal meaning whereby any matter could be referred by the LG to the President. On the other hand, the Delhi Government argued that such an interpretation would render the elected government de facto powerless.

In 2015, matters came to a head when key bureaucratic appointments in Delhi were being made by the LG, and a home ministry notification issued by the Centre indirectly increased the scope of the LG’s powers.

After the Aam Aadmi party (common man party) came into power in Delhi, it approached the Delhi High Court (DHC) to settle the issue. The court decided in favour of the Centre, and held that the concurrence of the LG was mandatory for all administrative decisions by the council of ministers in Delhi.

This was then challenged before the SC and came before a Constitution Bench of five judges. This bench decided the matter in 2018 in GNCTD v. Union of India and in its majority opinion held that the scope of the “executive power of the Delhi Government was coterminous with the legislative power of the Delhi Legislative Assembly” and extends over all subjects, barring land, police and public order as per the constitutional scheme envisaged in Article 239AA. Barring the excepted matters, governance in Delhi thus was to be through the locally elected council of ministers. Regarding the proviso to Article 239AA (4), the court held that the words ‘any matter’ did not necessarily mean ‘every matter’, which meant that the LG could only refer matters to the President in exceptional circumstances. In other words: in ordinary circumstances the LG was bound by the aid and advise of the council of ministers.

The problem, however, lays not in the final decision of the SC but in the reasoning articulated by it to arrive at this decision. As argued by Gautam Bhatia, the court’s reasoning was both ambiguous and evasive. It was ambiguous because it refused to flesh out clear interpretations of law and based its reasoning on vague terms such as “constitutional morality”, “constitutional statesmanship”, “cooperative federalism”, “collective responsibility” and the like to make the Delhi government and the LG amicably reach a consensus in case of conflict or disagreement. It was evasive because it refused to address the primary cause of the dispute and addressed it with prescriptions of cooperation and harmonious relations without setting out a clear path forward. In other words, despite a verdict which seemingly settled the issue, the court’s reasoning still left enough ambiguity for the dispute to continue as it were.

Judicial ambiguity and larger implications for Separation of Powers in India

Following the SC’s decision, the Centre has passed an amendment to the governing legislation (GNCTD bill) effectively nullifying the Court’s decision in GNCTD v. Union of India to hold that “government” in Delhi’s case means the LG and not the council of ministers elected in Delhi. This is problematic for two major reasons. Firstly, the amendment violates Article 239AA whose very ratio is to provide for democratic governance in Delhi. If the notion of government, however, is limited to the LG, then the elected legislative assembly becomes de facto powerless. Secondly, it runs against the SC decision in 2018, holding that the scope of power of the Delhi government extends to all subjects barring the excepted ones. And finally, if the LG itself is the Government, the question of the LG’s discretionary powers does not arise in the first place.

Next to the constitutional challenges that the amendment might face on the first ground, it also appears dangerous to the separation of powers in India on the second ground. Unlike in many other legal systems, the legislature cannot overturn a SC decision through subsequent legislation unless it changes the basis on which the decision was made and makes a law in furtherance of that change, as held in in PUCL v. Union of India . In this case, however, this would require (a) a constitutional amendment since Article 239AA provides for a special case of democratic governance in Delhi despite it being a UT and (b) a law superseding the SC judgment whilst changing the basis on which the SC came to its decision.

The amendment in the present case has neither changed the constitutional provision nor has it changed the basis of the SC’s reasoning. Article 239AA remains unamended, while the amended supplemental legislation (GNCTD bill) which is supposed to give effect to the Article now reads in dissonance with it. In this case, this was partly enabled by the SC. This was because although the judgment made it clear that governance in Delhi ought to primarily be through the elected council of ministers, the reasoning it used to come to this conclusion were epithets on morality, cooperative spirit, constitutional statesmanship, and the like. Further, since the court did not articulate a method for dispute resolution in situations where “cooperation” and “collaboration” are not possible between the LG and the Delhi Government, the crux of the matter remains a grey area. This, in turn, has allowed the legislature to promulgate a bill which although seemingly goes against the SC’s conclusion, is couched in similar reasoning. While purporting to have changed the basis of the decision, in effect the legislature nullifies the decision.

In fact, as has been already expressed by the Centre in the Statement of objectives in the GNCTD bill, it propounds to have brought the amendment bill to:

“promote harmonious relations between the legislature and the executive, and further define the responsibilities of the elected Government and the Lieutenant Governor, in line with the constitutional scheme of governance of National Capital Territory of Delhi, as interpreted by the Hon’ble Supreme Court”

In the large scheme, this raises the possibility of a dangerous precedent, posing a challenge to the separation of powers in India (long established as part of the basic structure of the Indian Constitution since the case of Kesavnanda Bharati v. State of Kerala). It also contradicts the very idea of judicial review, another basic feature which makes the judiciary the final arbiter of the Constitution. When the judiciary fails to provide precise reasoning in its judgments, it allows the legislature to interpret the judgment in a way running against the original telos of the judgment. Like in the present case, the legislature might even become a judge in its own cause and undermine the basic idea of checks and balances. If the judgment in this case would have been precise and would have laid out a clear basis for implementation, this casualty might have been avoided. 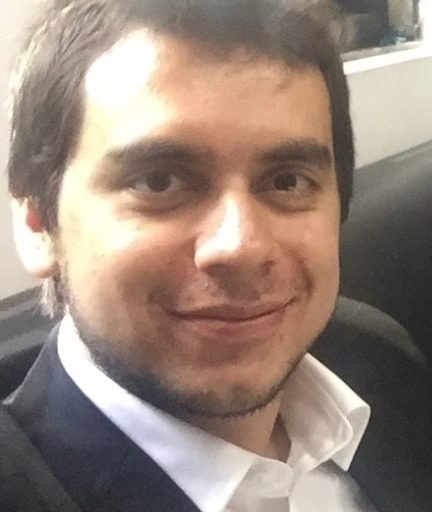 Eklavya Vasudev Eklavya Vasudev is a doctoral candidate in law at the Friedrich-Alexander-Universität Erlangen-Nürnberg.
Other posts about this region:
English Articles No Comments Join the discussion
Go to Top