Electoral quotas for women (‘EQW’) have become a world trend, raising questions about their constitutionality in different legal systems. This short piece attempts to summarize some of the main issues involved in this debate and the courts’ approach to it. The text concludes by offering some general criteria to assess the constitutionality of EQW.

EQW are electoral mechanisms to increase the number of women in representative bodies. There are three main types. The mildest sort are voluntary gender quotas adopted by political parties when configuring their electoral lists. A stronger kind are compulsory quotas imposed by law to electoral lists. The strongest type are reserved seats for women in Parliament. Remarkably, these models show some regional correlations. Thus, reserved seats can be found in African and Asian countries and compulsory quotas in Latin America and some European countries. Voluntary quotas are less geographically concentrated, but they seem to have been particularly successful in Scandinavian countries.

This texts only refers to compulsory quotas imposed by law to the electoral list (second type), which has caused the bulk of constitutional discussion, partly because voluntary quotas are less controversial (the right of association may cover them), and also because reserved seats are more akin to non-democratic or barely democratic regimes.

Despite being more than half of the population, only 25% of the members of national legislative chambers are women. At the beginning of the XXI century, this average was 13%. This data provides support to two main claims behind EQW: i) an equality claim: women still suffer systematic discrimination in the political milieu; ii) a political representation claim: there is a dangerous representative deficit of women in politics.

EQW are regarded as a “fast-track” to achieve gender-balanced political representation, saving decades of slow increase in the number of women in national parliaments.

Moreover, EQW may be less controversial than quotas in other contexts (e.g., board of directors, access to higher education), because they are flexible insofar as they do not ensure a specific result. These are not reserved seats: the voters retain the final decision about who should be elected for office.

EQW have also been praised for increasing the representativity of the system as a whole, and even for improving the quality of politics by including the women’s perspectives. Furthermore, EQW would allow the emergence of more female leaders, which in turn may accelerate the achievement of gender equality.

EQW are controversial on several grounds, being accused inter alia of moral injustice and incompatibility with democratic standards. From a constitutional approach, the specifics of each system may be determinant for assessing the constitutionality of EQW. However, from a theoretical and comparative perspective, the EQW are usually challenged for violating the constitutional notions of equality, political representation and political rights.

Underlying the equality claim, there is the notion of equality as non-subordination and affirmative action as a break-through mechanism. They are both controversial and the arguments are well-known. I would just mention here that their focus on inter-group equality may cause constitutional difficulties. First, because inter-group equality may collide with the individual right to equality, which is a paramount concern in many constitutional systems. Second, because the large size of the group (women) boosts some typical concerns about intra-group equality, such as the its deficit addressing the intersectional discrimination suffered by women’s sub-groups and the “creamy layer” objection (i.e., affirmative action policies tend to benefit the most advantaged subgroups within the targeted disadvantaged group). Thus, EQW may be a crude measure that may replicate and reinforce current hierarchies within the large group of women. Third, the obvious question why there should be electoral quotas only for women, considering that there may be other disadvantaged groups even more absent in the political milieu (e.g., original peoples, disabled, migrants). This objection, although relevant, may be less stringent in countries were gender equality is specifically addressed by the Constitution as a paramount concern (e.g., Chile, Germany, France).

These ideas may be problematic on several grounds. First, constitutional democracy is based on accountability, which is hard to apply to descriptive representatives. After all, they represent for being what they are and not for doing what they do. Second, EQW and mirror representation may be regarded as fractioning and ‘gendering’ the indivisible Nation as the ultimate source of democratic political power. Third, EQW, when related with substantive representation, presupposes the existence and identification of women’s interests, issues and agenda, all of which are severely contested. Fourth, the relationship between the number of women in parliaments and the actual development of substantive representation of women has been questioned. The latter seems to depend on many factors, not the least the type of women who are elected. Fifth, women are such a large group that concerns for the appropriate representation of sub-groups arise. This inter-group diversity would also mean that, although gender has a political significance, it is doubtful that it should be considered as the prominent and defining factor of political behaviour, conduct or even perspectives.

EQW assumes a vision of political rights that: i) emphasises their role as a fundamental element of democracy, and ii) focuses on their group dimension. Moreover, whereas active voting is given an ambitious content that comprehends substantive representation, passive voting as individual right is downplayed, challenging its nature as a fundamental right and allowing its extensive regulation by the legislator, subject to lenient scrutiny. This approach may not fit comfortably, in some systems, with the predominant constitutional doctrine.

Finally, EQW varies from very flexible (e.g., a minimum of 40% of the party’s list should be allocated of a different gender) to quite rigid (e.g., strict alternation of genders within the lists). Depending on the electoral system of the country (not all of them fit equally well with these kind of quotas) EQW may become close to ensure a specific electoral result, thus affecting political rights more intensely.

How have courts dealt with EQW?

Most statutes imposing EQW have not been subject to judicial review by a Constitutional Court. Drawing from the cases where this examination has taken place (e.g., France, Mexico, Spain, Italy, Chile, Switzerland, Colombia, Venezuela), in addition to domestic factors (such specific constitutional provisions), courts seem to resort to a common set of theoretical grounds for their analysis, mainly referring to equality/affirmative action, political representation and political rights. However, courts tend to adopt a somewhat simplistic approach, normally using only one of these theoretical factors as the primary determinant, often side-stepping the most controversial issues connected with these factors, and rather ignoring the particularities of the target group (women).

Moreover, courts frequently employ a systemic approach that focuses on the impact of EQW on the political and legal systems, rather than on the compatibility between EQW and individual rights (equality and political rights). Political rights normally appear in the courts’ decisions, but are mostly understood in an ambiguous way that is flexible enough to accommodate EQW.

Summing up, the constitutionality of EQW depends – in addition to specific domestic factors – on the prevailing constitutional notions of equality/affirmative action, political representation and political rights.

Additionally, a comparative perspective suggests that:  i) an increasing number of countries have adopted EQW, and ii) constitutional courts have been generally deferent to EQW. Consequently, the main question seems to have shifted from whether EQW are constitutional to when they should be considered as constitutional.

Absent a specific constitutional provision, or even as a complement to it, three criteria may be advanced to assess the constitutionality of EQW. First, temporary EQW should be preferred over permanent ones. This connects with the “exceptionality argument” behind affirmative action measures, but also with the magnitude of the limitation over the political rights involved. Second, EQW should be “neutral”, i.e., they should be drafted so as to benefit the less represented gender – whatever it may be, at present or in the future – and not only women. Third, the more flexible the EQW, the less stringent the limitation over the individual right to equality and political rights.

A remaining question is whether the theoretical framework for assessing the constitutionality of EQW is extendable to other groups, and if so, what kind of adjustments should be necessary. 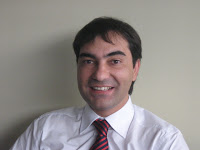