Compared to many other countries, the known impact of COVID-19 on public health in Nepal has thus far been small. At the time of writing (4 April), only nine COVID-19 infections have been identified. However, as in many low-income developing countries, Nepal is particularly vulnerable to the spread of the virus. The country’s healthcare system is weak and, even at the best of times, hospitals suffer from chronic shortages of oxygen cylinders and ventilators—essential tools to fight the disease. Test kits are limited and the capacity to test samples in large quantities quickly is severely lacking. Moreover, while the existence of the virus within the community is known, the extent of its spread remains hidden. The mass migration of workers back to their villages in pre-emption of the looming nation-wide lockdown potentially carried the virus throughout the entire country.

The gravity of the governmental response to the pandemic in Nepal has progressively increased. As early as 28 January, the trading border with China was closed. Then on 29 February, the COVID-19 Control and Management High-Level Committee was established to coordinate the federal government’s response. On 10 March, on-arrival visas for non-citizens from five COVID-19 hotspots were suspended. On 18 March, schools were closed and gatherings of more than 25 people began to be discouraged. On 19 March, the federal House of Representatives was suspended. On 22 and 23 March, prohibitions on all international flights, the functioning of non-essential businesses, and domestic long-distance transportation came into place. Finally, on 23 March, all international borders were sealed to the movement of people and from 24 March the entire country went into lockdown. All people have been ordered to stay inside their houses except to engage in ‘urgent work’. Violation of the directive is punishable by up to one-month imprisonment. On 29 March, the initial one-week lockdown was extended by an additional week. Further extensions are anticipated.

To date, there has been limited public deliberation and scrutiny given to the legal framework underpinning the governmental response. This is unsurprising in a context in which an informal and opaque governance culture predominates, democracy remains thin, and the rule of law has historically been weak. However, it is precisely for these reasons that it is critical to monitor, and where necessary contest, the governmental response. Lawful, publicly accountable government and democratic constitutionalism must not be among the casualties of the COVID-19 health crisis.

The legal grounding for the state’s response, thus far, has been the Infectious Disease Control Act 1964 (the IDC Act). Section 2(1) of the Act enables the Government of Nepal (ie the federal executive) to take ‘necessary action’ and ‘issue necessary orders applicable to the general public or a group of any persons’ to ‘root out or prevent’ the development or spread of an infectious disease. The Government of Nepal may designate and confer necessary powers on any designated official to achieve this end (s 2(2)).

The IDC Act is strikingly broad and indeterminate in the powers that it confers on government and the scope with which these powers may be employed. Section 2(1) can, in theory, provide legal foundation for any government action taken to tackle COVID-19—both moderate and extraordinary. While comparable legal regimes generally contain multi-step frameworks that require a formal pronouncement before a government can undertake extraordinary actions (for example, the Biosecurity Act in Australia), the IDC Act adopts a one-size-fits-all approach. The Act does not incorporate a declaration requirement and only contains vague criteria (‘where any infectious disease develops or spreads or is likely to spread’ (s 2(1)) to guide when any—ordinary or extraordinary—governmental action may be deployed.

Moreover, without the existence of other constraints or guiding principles—for example, that decisions be evidence-based, proportionate, or no more restrictive or intrusive than required—the Act’s mere requirement that an action be ‘necessary’ (s 2(1)) does not provide an adequate standard to functionally assess, contest or constrain government action related to COVID-19. This lack of clarity, which is common in Nepali law, facilitates informality and undermines both rule-based governance and the requirement for exercises of public power to be publicly justified—integral components of the rule of law. How will we know when extreme government interventions in Nepal cease to be ‘necessary’?

Further, the lack of any oversight mechanism within the legislation itself is cause for concern, especially in light of the fact that the institutions tasked with holding the executive to account and protecting vulnerable citizens—parliaments, courts, and the National Human Rights Commission—have been suspended or are scaling back their activities to help prevent COVID-19 transmission. It is encouraging, however, that the Supreme Court has continued to hear petitions in relation to the pandemic, including challenges to elements of the lockdown orders.

A state of emergency?

These legal challenges could lead to findings that the existing orders made under the IDC Act are unconstitutional, for example, on the grounds of incompatibility with the Constitution’s fundamental rights. While potential court orders that would compel the government to expand testing capabilities or to ensure the right to food for vulnerable people would in effect act more like guiding principles to direct the implementation of COVID-19-related orders, and a possible ruling that the government assist in the repatriation of Nepali citizens stranded abroad would now be impractical to implement; a conceivable order compelling the government to allow the hundreds of Nepali citizens stranded in India at the India-Nepal border to enter the country would constitute a significant judicial repudiation of the validity of a cornerstone element—the closing of Nepal’s borders, even to its own citizens—of the COVID-19-related special orders. Such a court order would call into question the appropriateness of the government’s reliance on IDC Act to provide legal grounding to its COVID-19 response.

Indeed, the IDC Act is arguably not the best legal vehicle to underpin the extraordinary elements of the federal government’s response to COVID-19. While Nepal’s not-to-distant political past shows that there are legitimate reasons to be wary invoking a constitutional state of emergency, a state of emergency, which is entered into under article 273 of the Constitution, would form a better mechanism to legally enable the extraordinary measures taken to tackle the pandemic. For one, a state of emergency would help to ensure that government action remains within the bounds of the rule of law (p 6). The careful use of a state of emergency to suspend certain constitutional rights (art 273(10)), such as to freedom of movement (art 17(2)(e)) and freedom to engage in commercial activity (art 17(2)(f)), would ensure that the de jure legal state of affairs, where most movement and commercial activity has been outlawed, remains constitutional.

Moreover, the structural framework of article 273 better promotes executive accountability. In comparison to the slow drift into ever more extreme exercises of power under the IDC Act, the requirement for a presidential declaration in article 273(1) would have sent a strong signal to the Nepali public that a decisive step up to extraordinary government action was being taken. Further, while the IDC Act has essentially enabled the legislature to be bypassed, article 273(3) requires the participation of both houses of the federal parliament in approving the emergency declaration. Finally, in contrast to the lack of a sunset clause within the IDC Act, constitutional states of emergency are bounded by a three-month time limit (art 273(3)), which can be extended only with the approval of the legislature (art 273(6)). While predetermined time limits are no panacea, they do have the advantage of establishing concrete horizons and forcing regular review of the extraordinary measures (pp 18-19).

The way in which the federal government has already expansively deployed the IDC Act means that that the government may not see it necessary to utilise article 273 to confront the challenges posed by the pandemic. However, if even more muscular governmental responses are pursued to prevent the spread of the virus from escalating, there will be even further cause for a constitutional state of emergency to be called and pressure may develop to invoke article 273.

In the public discourse responding to the governmental action taken to tackle COVID-19, a number of democracy, rule of law and human rights concerns have emerged. The first relates to opportunistic actors exploiting this period for petty, parochial gain. As I have highlighted elsewhere, emergency governance may draw much-needed attention and scrutiny away from other important government functions. Similarly, there is danger that, in the name of a centralised response to the pandemic, ‘anti-federalist’ forces exploit the crisis to undermine to the country’s still-fragile post-conflict federal bargain.

In recent days, corruption, a different but sadly not uncommon form of political opportunism in Nepal has come to the fore. Media exposure of anomalies in the procurement of medical equipment—where equipment prices were alleged to have been inflated by up to five times their market value—forced the federal government to terminate the contract with its supplier. The government’s subsequent decision to bypass normal protocols and award the supply contract to the Nepal Army, bestowing on it yet another task that sits outside of its official mandate, has been strongly criticised as almost equally regrettable—the Army does not fall under the jurisdiction of the national anti-corruption commission. Guarding against the further entrenchment of Nepal’s kleptocracy in this time of crisis may be one of civil society’s most important tasks.

A second range of issues relate to the disproportionate impact that the lockdown is having on the most vulnerable. Indeed, as with disasters generally, the pandemic is bringing the country’s existing inequalities into stark relief. While Nepal has not experienced the humanitarian disaster of mass displacement as has unfolded in India, thousands of migrant workers remain stranded—in Nepal’s cities, on the India-Nepal border, and in other countries—without employment and unable to return to their homes. On 2 April, the National Human Rights Commission urged the government to ‘create a conducive environment enabling… [stranded citizens] to return home’, reminding the government to ‘be serious about the fundamental human rights guaranteed by the constitution’. Statements drawing attention to the situation have also been made by Human Rights Watch and Amnesty International.

Similarly, the lockdown has caused acute hardship for thousands of Nepalis who are now without an income and confined in tightly packed informal settlements. As one day worker in Kathmandu put it: ‘Rich people have managed to store food and can now spend some time at home with their families. It’s like a vacation for them… But for working class people like us, if this situation prolongs, we will die of hunger.’ While local governments have begun aid distribution, large cities are struggling to identify those in need. As the health crisis and economic fallout continue, guaranteeing access to basic needs—food and safe housing—will become an increasingly critical issue for government.

As the procurement scandal has shown, facing the extraordinary challenges that the COVID-19 pandemic poses to both state and society in Nepal, there are those who will seek to exploit this moment in the pursuit of narrow self-interest. It is critical that government be held accountable, especially in light of the extraordinary powers assumed by the state to fight the virus, to ensure that it upholds its responsibility to care for society’s most vulnerable. Now more than ever it is vital that government gain the trust of, and be responsive to the needs of, all citizens—not just the connected and privileged elite. It is critical that lawful, publicly accountable government actions and democratic constitutionalism are not among the casualties of the COVID-19 health crisis in Nepal. 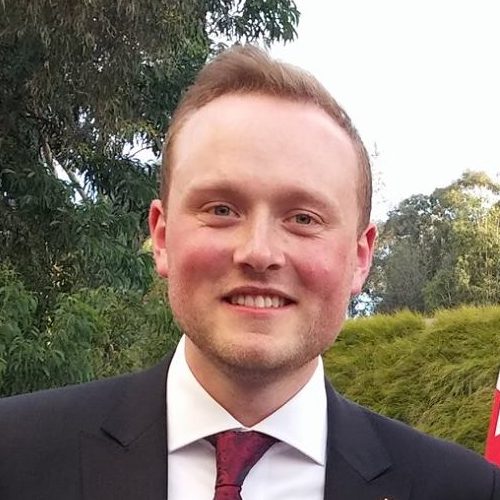 Iain Payne Iain Payne is a program analyst at Niti Foundation, a public policy think tank based in Nepal.