Everything must remain the same for everything can change

The European Arrest Warrant (EAW) mechanism has been one of the fiercest manifestations of the rule of law crisis in Poland. Four years have passed since the EU Court of Justice (Court or ECJ) instructed executing courts to carry out a two-step test, to decide on the execution of EAWs issued by a Member State affected by systemic deficiencies to the independence of its judicial system. Four years later, the Polish government has only dug itself deeper into its authoritarian trench. The test has, however, remained the same, with the ECJ apparently ignoring the understandable calls to revise a test that feels out of touch with the seriousness of the attacks on and persecution of independent judges in Poland.

The immutability of the ECJ’s approach is only illusory. To the contrary, with its recent rulings, the Court has significantly broadened the criteria and factors on which the executing courts can rely, when assessing the risk of a breach of Article 47(2) EU Charter of Fundamental Rights (CFR) in the issuing State. While acknowledging the risks inherent in reliance on judicial subsidiarity, this post argues that the broader interpretation of the test can facilitate the refusal of execution of EAWs issued by a State affected by systemic deficiencies.

The EAW can be issued for (a) enforcement of a penalty, or (b) prosecution. Concerns can arise about the fact that the surrender of the person might breach the right to a fair trial (or lead to one): under scenario (a), the violation might have already happened and the executing court would compound it by executing the EAW; under scenario (b), the risk assessment is forward-looking, with execution facilitating the possible breach.

Against that background, there are certain elements of the Court’s reasoning that have not evolved. The executing authority must still presume that the issuing State complies with fundamental rights, unless and until that authority finds a real risk that systemic deficiencies affecting judicial independence in the issuing State will impact (or have impacted) the specific proceedings behind the EAW. Precise and specific elements must show that systemic deficiencies are liable to have an impact at the level of the State’s courts with jurisdiction over the proceedings, and substantial grounds must emerge for believing that the person will run a real risk, having regard to their personal situation, the nature of the offence involved and the factual context at the basis of the EAW.

The upholding of the presumption of mutual trust, channelled through the insistence on the need to carry out both steps of the test (systemic and individual deficiencies), has drawn legitimate criticisms. How can systemic deficiencies alone not be enough to refuse execution of an EAW, especially in a situation as serious as that of Poland?

To that, the Court has repeatedly reacted with – mostly – the following trinity of arguments: allowing refusal of execution on grounds of systemic deficiencies would amount to a de facto suspension of the EAW, while the preamble of the EAW Framework Decision (FD) empowers other EU institutions to do so; accepting that judges or courts of a Member State can no longer be considered independent en masse would deprive those courts and judges of the possibility to make use of the preliminary ruling mechanism; it would create a high risk of impunity and undermine victims’ rights.

The first two preliminary rulings of this saga (here and here) revolved around the risk of violation of the right to an independent tribunal. Meanwhile, in a parallel legal development, the European Court of Human Rights (ECtHR) has devised a three-step test to assess the impact of irregularities of judicial appointment procedures on the right to a tribunal established by law. The ECtHR attributes to that requirement the nature of a right autonomous from – although closely connected to – independence and impartiality, and finds that compliance with that right presupposes the possibility to seek and obtain review of, and redress for, breaches thereof. Importantly, the ECtHR has found that a judicial appointment on the recommendation of a body that is not independent (the Polish National Council of the Judiciary) results in the appointed court or tribunal lacking the requirement of being established by law. Though less explicitly, the ECJ seems to espouse this autonomous nature (see the word particularly in Case C‑542/18 RX-II and C‑543/18 RX-II, para 75). Considering the number of judicial appointments made on recommendations from the Polish NCJ, and the invasive power of the executive in those processes more broadly, it was only a matter of time before the question about the right to a tribunal established by law and EAWs issued by Poland would reach the ECJ – which, in fact, happened and led to the silent mutation of the deceptively identical two-step test (here and, gone largely unnoticed, here).

The Court’s approach to the two-step test and the right to a tribunal established by law are worth discussing for three main reasons: the role of national judicial councils; the criteria and materials that can be used to challenge execution of EAWs; and the issue of remedies to possible violations of Article 47(2) CFR.

As for the first aspect, the ECJ found that a judicial appointment on the recommendation of a body composed for the most part of members nominated by the legislature and the executive is not sufficient in itself to cause a breach of the right to a tribunal established by law. This seems to differ from the ECtHR’s findings. It is, however, important to remember that the latter examined the specific facts of the case, whereas the ECJ is establishing a broader principle that would work for all Member States’ constitutional systems. It certainly does not prevent executing authorities to reach the same conclusion as the ECtHR, should the circumstances warrant it.

Secondly, the Court still requires that the executing court perform the second step, with the person concerned still bearing the burden of proof. Crucially, the Court clarified the standard of proof and widened the range of information that can be relied on by the person or the executing authority. The systemic deficiencies must be likely to materialise (susceptible in French) in case of surrender. As to EAWs issued for enforcement, the information should show that systemic deficiencies in the issuing State had a tangible influence on the trial and in particular on the composition of the panel that judged on the case. That information can relate to the appointment procedures and possible secondment of one or more of the judges hearing the case, showing that there are substantial grounds to believe that the composition of that panel affected that person’s fundamental right to a fair trial before an independent and impartial tribunal previously established by law. As for EAWs issued for prosecution, the second step of the test can be carried out by relying on any information available concerning the panel of judges likely to have jurisdiction to hear the case in the issuing State. Moreover, it stated that lack of sincere cooperation by the issuing authority can be considered as a relevant factor for assessing the real risk – for example, if the issuing authority does not provide the information requested by the executing State, which has happened in other cases. In doing so, the ECJ has explicitly and definitely dispelled doubts surrounding the previous wording of the test: to refuse execution, there is no need to show that the trial court holds a bias against the specific case or the person concerned.

Thirdly, the issue of legal remedies in the issuing State deserves a mention. As for EAWs issued for enforcement, the executing State must take account of the possibility for a person to reject one or more members of the panel, as well as the exercise of that right and the outcome of the request. The existence of such a possibility may be taken into account in case of EAWs issued for prosecution. The Court emphasised the importance of the effectiveness of the remedies formally provided by law, when assessing the real risk. Despite the fact that, according to Polish law, a person can request the recusal of one or more judges composing the panel, the Irish Supreme Court considered that it is no longer possible effectively to challenge the validity of the appointment of a judge or the lawfulness of the performance of the judge’s judicial functions. In that regard, the ECJ found that ‘any evidence available to the executing judicial authority enabling it to conclude […] that the recusal procedure or the legal remedies […] are ineffective, will be relevant’ (Case C-480/21, para 56). It is argued that challenges to execution should extend to possible violations of Article 47(1) CFR, which enshrines the right to an effective remedy before a tribunal – in this case, for violations of Article 47(2) CFR. This, jointly with the broadened set of evidence that can be relied on and the clearer standard of proof, should considerably strengthen the position of defendants and assist executing authorities in deciding not to surrender while acting in compliance with EU law.

Handle with care: The appeal to judicial subsidiarity as a double-edged sword

The case law on judicial independence and execution of EAWs has always relied on a high degree of judicial subsidiarity. The degree of that subsidiarity has only increased over time, with the latest episode significantly expanding the grounds for opposing the surrender. While this can have positive effects for the reasons mentioned above, it also carries risks of divergence as the ultimate decision lies with the executing authority. The LM case itself, after all, ended with surrender despite the circumstances of the case strongly suggesting the opposite outcome. In the absence of a drastic departure from the existing approach, the hope is that this renewed interpretation will be used to increase individual protection vis-à-vis violations of the right to a fair trial.

DOWNLOAD PDF
LICENSED UNDER CC BY SA
SUGGESTED CITATION  Mancano, Leandro: Everything must remain the same for everything can change: Judicial subsidiarity as a way to address rule of law deficiencies in the European Arrest Warrant mechanism, VerfBlog, 2022/8/02, https://verfassungsblog.de/everything-must-remain-the-same-for-everything-can-change/, DOI: 10.17176/20220802-181915-0. 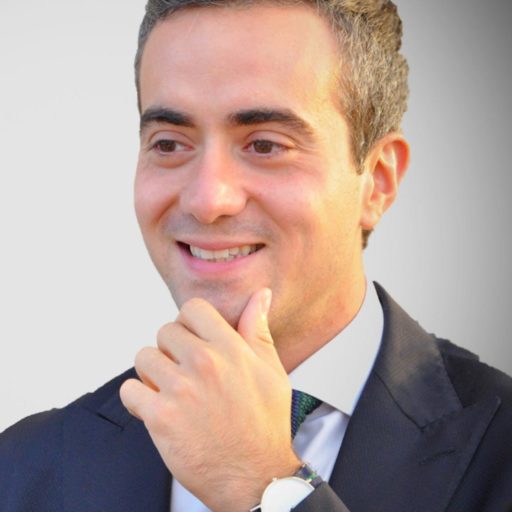