The research question of Constituent Power. A History is framed in the book‘s introduction as a critical mission in intellectual history, as Lucia Rubinelli identifies a major confusion in recent works on the historiography of political thought. A small industry has sprung up in recent years to backdate the advent of constituent power to the middle ages and even to antiquity. Authors claim to have discovered an employment of the concept in texts dating back to before the term became historically available in Emmanuel Sieyès. Rubinelli is surely right to castigate the anachromisms involved, and referring to Aristotle, Marsilius or Machiavelli, Bodin, Spinoza or Hobbes as early adapters to a timeless concept of constituent power seems misguided, but perhaps for other than her stated methodological reason, that we need to attend to the usage of the term because there is no determinate and stable concept of constituent power.

On the contrary, rejecting spurious genealogies helps appreciate the emergence of constituent power as an important instance of political progress in offering a novel concept that was and has remained crucial for democratic theory. The notion of constituent power is a conceptual innovation in democratic thought that only becomes available once social evolution has provided us with the fusion of two elements, the idea of democratic self-government and a positivistic understanding of law-making and legal validity. Only since this fusion was historically first achieved in the democratic revolutions of the late 18th century does it make sense to use the term.

The language of pouvoir constituant demands that we distinguish between an older meaning of „constitution“ as the sum total of political circumstances and the new, revolutionary meaning of „constitution“ as a written text that lays out the competences of government organs and can be changed at will. Only the latter qualifies as its object. In the same way, using the term „constituent power“ demands that we have a firm understanding of the separation of powers because it requires that we distinguish norm-setting competences from norm-executing or judicative competences, and extraordinary powers from normal governmental authorisations. As Rubinelli says, Sieyès’ „vertical“ understanding of the separation of powers is „what makes constituent power fundamental“ (p. 59). Only on the basis of a hierarchical political ordering can regular governmental organs be disempowered and kept from laying hands on the constitution, as an indispensable conceptual criterion for all bona fide uses of the term pouvoir constituant. Far from allowing an endless proliferation of justified contradictory uses, the historical function of the term thus makes some of its conceptual features normative and non-arbitrary.

The difference between a historically descriptive and a moderately normative approach to constituent power can be highlighted by focussing on Rubinelli’s wonderfully enlightening chapter on Sieyès, which clears up a number of confusions about this great unknown among political classics. The main argument of the chapter, that there is no principled incompatibility between constituent power and its delegated or representative exercise (p. 58), I take to be entirely successful. The point of Sieyès’ work inside and outside the French revolutionary National Assembly is to reconcile the notion of the constituent power of the people and the authorisation of the delegates to come up with a constitution. Given our agreement on the possibility that constituent power can be represented, I want to argue that this however does not entail the severely restricted interpretation that Rubinelli gives of its remit.

Rubinelli gives a dual, presumptively exhaustive reading of the competences of the pouvoir constituant in Sieyès, comprising of a fundamental and a derivative capacity. Its fundamental capacity is „to authorise the creation of the political order through the election of representatives entrusted with the task of writing the constitution“ (p. 49). The secondary capacity only kicks in once the constituent assembly has finished its work and a representative system is in place. While the authorisation of delegates to the constituent assembly counts as direct exercise of constituent power, the remaining competence involves it only in an indirect mode: „Once the constituted order is created, the people’s constituent power is present only indirectly.“ (p. 49) This secondary capacity consists in electing representatives to the legislative assembly under the strict mandate and limits that the constitution imposes on them: „The people who hold the original constituent power exercise it directly only when authorising the foundation of the state. The rest of the time, they exercise power only indirectly, while the delegates who hold a derived constituted power exercise it only within limits.“ (p. 55) But it is not altogether clear whether this derivative competence in fact flows from the constituent power of the people, given that the constitution itself creates an electorate as a new and permanent, though carefully limited actor. The question of the composition of the electorate receives major attention in the French revolutionary constitutions of 1791 and 1793, both with regard to electoral citizenship and with regard to naturalisation, which seems to make the role of an elector an office the constitution has created rather than an indirect emanation of the nation’s original power. If the identity of the pouvoir constituant is fixed in natural law, as Sieyès held1), then the easy adoption of foreigners as new members seems to indicate that a new political body (under the same old name of „the people“) has become active.

Perhaps, however, it does not matter too much whether we see the exercise of popular power in partaking of (ordinary legislative) elections as an indirect outlet of constituent power, or as a sui generis product of a successful process of constitution-making. What seems more important is whether the exercise of the pouvoir constituant in Sieyès lives up to his diagnosis that „freedom … finds its inalienable expression in the constituent power“ (p. 60, my emphasis). I cannot here delve into Rubinelli’s insightful interpretation of Sieyès‘ account of personal liberty, but hope it is fair to say that her Sieyès is a faithful precursor of his reader Benjamin Constant. This largely liberal perspective finds a parallel, in her reading, in the exorcism of potentially more radical elements from his idea of the pouvoir constituant. As we saw above, the role of the people as supreme political authority is said to be exhausted with the delegation of representatives to a constituent assembly and the indirect and recurring power to elect legislative delegates. Constituent power as a capacity, exercised once and for all in the delegative act, is thereby strictly speaking obliterated. In other words, the fundamental and undiluted constituent power does not so much „reside“ in the people, as Article 3 of the 1789 Declaration of the Rights of Man and Citizen had proclaimed for popular sovereignty, but is originally there and then largely signed away. Along with what Benjamin Constant would later argue, this leaves a limited political role for the people: „After authorising the creation of the political system, they retreat into the private sphere“ and leave politics to the experts (p. 60). In German legal theory, this view has been labeled an „absorption“ account of constituent power: The successful act of constitution-making sucks the power of the people into the assembly and finally into the valid document2)– wholly, with the exception of the remaining alleged „indirect“ exercise of constituent power in electoral power.

I do not see how this reading can be squared with the radicalism of Sieyès‘ breakthrough essay, „What is the Third Estate?“. First, it clashes with Sieyès‘ commitment to the permanent capacity of the nation to be constitution-shedding, constitution-making and -remaking. Rubinelli’s Sieyès is an originalist who sees the job of constitution-making over and done with in the foundational act, but is oblivious of any ‚burning embers‘ of constituent power still at work in a people aware of its democratic freedom.  How can this be made consistent with Sieyès insisting that the nation is not, cannot be and should not be subject to a constitution? Although the nation finds itself under a constitution, it cannot abdicate „its right to change it as soon as its interests require it“3)– an entitlement deriving fully from the permanent authority that lies in the people and the contingent, man-made nature of positive law. Second, Rubinelli’s interpretation seems to clash with Sieyès‘ view that despite for the time being, authorizing the constituent assembly may be the single outlet for the constituent power of the people, this need not remain so. A nation „cannot undertake to will in the future only in a determinate manner“ (ibid.). This does not entail, pace Schmitt, that the nation is only free to express its pouvoir constituant in an un-formed, non-predetermined manner, nor does it mean that its will must be perpetually unorganized.4) What it does entail is that we cannot have advance knowledge of all the potential ways in which the will of a constituent people will legitimately manifest itself in the future. By the same token, we cannot rule out that the delegation-account does not exhaust the potential outlets of constituent power. This latter construction only makes sense if we see an unspecified entitlement of constituent power remaining with the people in permanence, notwithstanding its immediate operationalisation as a mere authorising force.

I end with a brief comment on the relationship between the languages of popular, national or state sovereignty and of constituent power to indicate a direction of research which Rubinelli’s account seems to open up, although of course this complex issue will merit further in-depth engagement. Upholding systematic conceptual links between the constituent power and conceptions of sovereignty, Rubinelli holds, would obscure the fundamental opposition authors were marking out between the two notions. Although she makes an impressive case, I wonder if the evidence gathered does not point toward a different underlying conceptual distinction. Especially, grouping together popular sovereignty with ‚national‘ or ‚state sovereignty‘ may rest on shaky conceptual foundations.5) After all, popular sovereignty may not be a species of a genus called ‚sovereignty‘, a conception of a single unifying concept, at all. For Rubinelli, the distinction between popular sovereignty and constituent power is intimately related to that between their direct and representative exercises – the contrast between the „people’s direct expression of their individual preferences“ and the „mediation of either a constitutional text or a representative assembly“ (p. 2). Opposing a liberal Sieyès-type understanding of delegated law-making power to the presumptively terroristic Rousseau-Robespierre line of reliance on direct popular sovereignty (p. 68) however risks replicating a tradition that we have seen dominate accounts of popular sovereignty from Schmitt to Jacob Talmon and beyond. Schmittians and „anti-totalitarians“ were quick to seize on the alleged totalitarian character of popular sovereignty which they saw expressed in the Jacobin terror, but this arguably resulted from the confusion of a fundamental legislative entitlement with unrestricted executive powers, and not from any predilection for direct as opposed to representative law-making. So the important shibboleth that Rubinelli’s study draws our attention to may yet lie elsewhere – between a fundamental yet self-limiting norm-setting capacity (whether this is to be called constituent power or popular sovereignty does not amount to much) and an omnicompetent ‚sovereign‘ entitlement that is to realise the people’s supreme political authority in an unbounded, uncontrolled way. Her study sets out the terms necessary for addressing this systematic question. 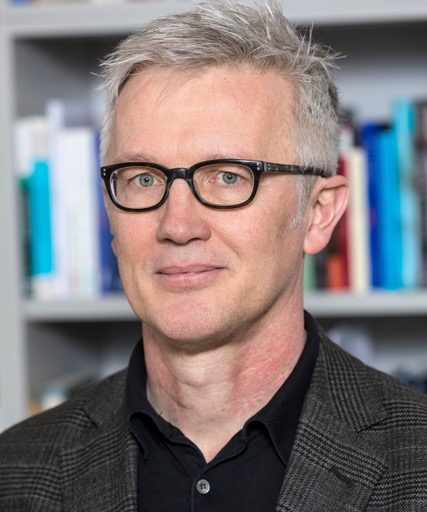