Fact Check: Is there a ‘Muzzle Law’ for Dutch Judges in the Making? No!

A few days ago, on MBS News, the suggestion was made that a draft law is in the making in the Netherlands to prevent Dutch judges from ruling on politically sensitive issues. In an interview, Dutch rightwing populist Thierry Baudet had complained about the Dutch Supreme Court’s ruling in the well-known Urgenda Case. In that case the Court ordered the Dutch State to reduce its greenhouse gas emissions by 25% by 2020 compared to 1990 levels. MBS News quoted Thierry Baudet arguing that “the judge made a very big mistake in the Urgenda case. Activist judges make environmental activist judgments and thereby go beyond their mandate. The judge undermines his own position.” With a new law, MBS reports, Baudet wants to ensure that judges are no longer able to rule on politically sensitive issues.

The MBS News item was immediately picked up by the Polish government. The Polish Minister of Justice on Twitter, referring to MBS News, replied to a message of Adam Bodnar: “Dear Ombudsman @Adbodnar! You better take care of the Netherlands, because in future judges there may not rule anymore on political matters!”

It is not the first time that the Polish government points the finger at the Netherlands suggesting political influence with the judiciary. In its White Paper on the Reform of the Polish Judiciary the Polish government complains that Dutch judges do not enjoy exclusive powers to make appointment and promotion decisions and, despite that, the Netherlands do not face accusations about a breach of the rule of law. Indeed, Dutch judges are appointed by the Crown, not by the Council for the Judiciary. What is not mentioned in the White Paper by the Polish government is that there is a strong tradition of judicial cooptation in the Netherlands. Judges select and propose candidates for appointment. Since 1815 the Crown has always followed the judiciary’s nominations. (I will not further elaborate on this issue, but the tradition of judicial cooptation in the Netherlands historically also has disadvantages, as I argued in my thesis).

I was asked by Verfassungsblog whether the story that a new law is in the making to muzzle Dutch judges is true or not. Well, it’s not. It is true however that the Urgenda-case was not welcomed by everybody, not only by populists but also by some law professors. The Supreme Court has been criticized for overstepping its mandate and leaning too much on the ECHR without an imperative legal need.

This resulted, quite unexpectedly according to Dutch Parliament watchers, in the recent formation of a parliamentarian working group that will now investigate ‘the problem of dikastocracy’ (i.e. a governance of judges, a term introduced by aforementioned politician Thierry Baudet). The working group will hold ‘hearings’ with interested parties (politicians, judges, journalists) possibly resulting in recommendations. It is expected that, if the working group will be able to come forward with an opinion, it will focus on civil procedure, especially on the issue of class actions in court in controversial cases like Urgenda. The initiative for the working group comes from of Thierry Baudet’s party Forum for Democracy.

Should we worry about this development? I think not. In any sound democracy a landslide judgment against the government could give rise to a discussion about the role of judges. The Dutch Prime Minister Mark Rutte has already strongly defended the position of the Dutch Supreme Court. He explained that the decision in the Urgenda case is not the result of an activist Court and that the Court did not adopt any political stance but applied national and international law.

In this respect it was quite helpful that the Supreme Court in the Urgenda decision explained extensively the position it took in the light of its national constitutional duties and its role as a ‘European’ judge:

This brings the Supreme Court to the assessment of the State’s more general argument that it is not for the courts to make the political considerations necessary for a decision on the reduction of greenhouse gas emissions.

As considered in 6.3 above, in the Dutch constitutional system of decision-making on the reduction of greenhouse gas emissions is a power of the government and parliament. They have a large degree of discretion to make the political considerations that are necessary in this regard. It is up to the courts to decide whether, in availing themselves of this discretion, the government and parliament have remained within the limits of the law by which they are bound.

The limits referred to in 8.3.2 above include those for the State arising from the ECHR. As considered in 5.6.1 above, the Netherlands is bound by the ECHR and the Dutch courts are obliged under Articles 93 and 94 of the Dutch Constitution to apply its provisions in accordance with the interpretation of the ECtHR. The protection of human rights it provides is an essential component of a democratic state under the rule of law.

This case involves an exceptional situation. After all, there is the threat of dangerous climate change and it is clear that measures are urgently needed, as the District Court and Court of Appeal have established and the State acknowledges as well (see 4.2-4.8 above). The State is obliged to do ‘its part’ in this context (see 5.7.1-5.7.9 above). Towards the residents of the Netherlands, whose interests Urgenda is defending in this case, that duty follows from Articles 2 and 8 ECHR, on the basis of which the State is obliged to protect the right to life and the right to private and family life of its residents (see 5.1-5.6.4 and 5.8-5.9.2 above).”

By the way, the president of the ECtHR Linos-Alexandre Sicilianos, in his speech at the official opening of the judicial year of the ECtHR, explicitly welcomed the outcome of the Urgenda case. That will be an important factor for further discussion in the Netherlands about the scope of the ECHR and the role of judges in a democracy.

“We have unfortunately entered the Anthropocene age in which nature is being destroyed by man. In that context, more than ever, it is right and proper for the Court to continue with the line of authority enabling it to enshrine the right to live in a healthy environment. However, the environmental emergency is such that the Court cannot act alone. We cannot monopolise this fight for the survival of the planet. We must all share responsibility. (-) In giving this decision, which has been hailed as historic, the Dutch Supreme Court relied explicitly on the European Convention on Human Rights and the case-law of our Court. By relying directly on the Convention, the Dutch judges highlighted the fact that the European Convention of Human Rights really has become our shared language and that this instrument can provide genuine responses to the problems of our time.”

To conclude, the reference made by the Polish government to a muzzle law for Dutch judges in the making is unfounded. More worrying however is the phenomenon of politicians spreading fact free information. Unfortunately, this has become a core instrument of populists. Not only in Poland but in many countries now in Europe. On my blog European Courts I recently introduced the term ‘dikastophobia’ (Δικαστοφοβια: ‘fear for judges’). It is a dangerous political strategy that often emerges in times of social unrest. Because those who deliberately undermine public confidence in judges strike at the roots of the rule of law and our democratic societies. 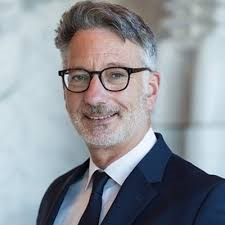 Marc de Werd Marc de Werd is a senior judge at the Amsterdam Court of Appeal. He is also professor of Justice Administration at the University of Amsterdam and member of the Consultative Council for European Judges of the Council of Europe.