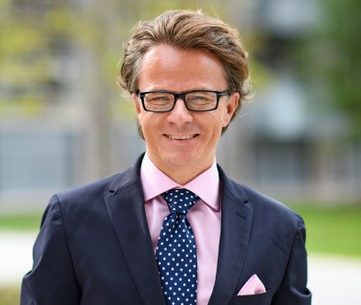 Tomasz Tadeusz Koncewicz Professor of European and Comparative Law, Director of the Department of European and Comparative Law at the Faculty of Law and Administration, University of Gdańsk. He is Principal Investigator at the research project H2020 Reconciling Europe with its citizens through rule of law and democracy (RECONNECT) and attorney specialising in strategic litigation before European courts.

The Court celebrates its centennial and … dies in silence

2017 was supposed to be a special year for the Supreme Court in the same way as 2016 should have been special for the Polish Constitutional Court. In the former case 2017 marks the centennial of the Court’s existence (1917 – 2017), in the latter 2016 the 30th anniversary of the Constitutional Court’s operation. It turns out that in both cases, rather than celebrating the past and looking into the future, the anniversary turned out to be the end of the road for both supreme jurisdictions.

Late at night on Wednesday, July 12, 2017, a legislative proposal amending the Act on the Supreme Court (draft no. 1727) has been pulled out of a hat like a rabbit and submitted to the Sejm. The date is important as it marks the end of the Polish Supreme Court as we used to know it, and heralds the death knell for the rule of law in Poland (for recap see statement by Professor E. Łętowska here and also analysis by M. Kisilowski here). The ruthlessness and take-no-prisoners strategy by the ruling party (PiS which in English reads „Law and Justice) are shocking even when considering the already established brutal standards of PiS. Whereas it took more than a year of relentless onslaught and careful legislative scheming to finally dismantle the Polish Constitutional Court, all that was needed to emasculate the Supreme Court and the National Council of Judiciary was a single legislative sleight of hand and one seating of the Sejm and Senate (on July 14, 2017).

They Came at Night: Farewell to the Separation of Powers

The capture of the Court at the level of appointment process is further reinforced by the organisational and procedural powers granted to the Minister of Justice (drafting the rules of the court specifying the number of judicial positions, the purview and the organisation of the newly created chambers – see below).

The amendment additionally demolishes the internal structure of the court. Where there used to be chambers which corresponded to the jurisdiction allocated to the Court (civil, criminal, labour and military), the draft now replaces them by three new chambers: public law, private law and disciplinary. The disciplinary chamber will be „a court within a court” with a separate registry and budget. Its judges will receive better remuneration (higher by 40 %) than „ordinary” judges of the court. This chamber will be responsible for disciplinary proceedings of members of all legal professions in Poland (judges, public prosecutors, attorneys, public notaries and legal advisers). The Minister of Justice will exercise the actual supervision over the disciplinary proceedings with respect to the judges of the Supreme Court, ordinary courts and military courts, which includes the right to issue binding instructions concerning the course of these proceedings.

Last but not least, the purge extends to other employees of the Supreme Court as it provides for a special vetting procedure. The wording of the draft is extremely open-ended on this point (Article 90 (2)), for good reason. It would be pointless to leave the staff of the “old” court intact while purging the court itself from the „old” judges. We have already seen how the new broom of capture swept clean the Constitutional Court by not only forcing PiS-backed Judged onto the bench per fas et nefas, but also by dismissing the staff of the „old” court. The same script is followed with regard to the Supreme Court. The First President of the Court is now given a discretionary power of appraisal of the employees. The draft provides that new terms of employment „may” be proposed to the employees of the Court. When such new terms are not proposed, or, when they are not accepted, the employment will be terminated.

To say that the draft strengthens the position of the Minister of Justice, would be the understatement of the century! The draft completely rewrites the separation of powers (Article 10 of the Constitution) by making the court, and individual judges, fully subservient to the Minister of Justice. Yet, the implications of this most recent populist foray into the rule of law do not stop at the Court’s doors. The entire legal landscape in Poland has been altered up to the point where the character and identity of the State ruled by law has been affected. The draft now awaits the thumbs-up from the PiS ultra-loyal President. Given his record of unashamed rubber-stamping of all PiS-led initiatives so far, not even his last-minute „stand” on the reform of the judiciary changes this assessment, since his true motives and political calculations remain unclear right now. One must be very cautious before hailing Mr. Duda as an objective and constitution-minded broker of a compromise. He continues to be a „PiS President” for all intents and purposes and in order to shake off this label and earn constitutional trust much more is needed than a one-off salvo and cosmetic exercise of disobedience. As a result, 14th of July 2017 will be remembered as a paradigmatic date. It marks the completion of the unconstitutional capture that has been engulfing Polish public life and discourse for the last two years.

Purge at the Service of Capture

(Un)constitutional capture is a generic and novel concept1)For the concept see also J. W. Müller, Rising to the challenge of constitutional capture. that poses a challenge for the EU by showing that liberalism and democracy no longer animate national constitutions. Unconstitutional capture and the piecemeal undermining the liberal democratic state also pose new challenges for the rule of law as well as external constraints for the domestic pouvoir constituant2)C. Dupré, The Unconstitutional Constitution: A Timely Concept, in A. Von Bogdandy, P. Sonnevend, (eds.), Constitutional Crisis in the European Constitutional Area. Theory, Law and Politics in Hungary and Romania, (Oxford/Portland, Hart Publishing, 2015); K. L. Scheppele, Unconstitutional constituent power; A. Barak, Unconstitutional constitutional amendments, (2011) 44 Israel Law Review 321; R. Albert, The Theory and Doctrine of Unconstitutional Constitutional Amendment in Canada; R. Albert, Four Unconstitutional Constitutions and their Democratic Foundations. For EU perspective see R. Passchier, M. Stremler, Unconstitutional Constitutional Amendments in European Union Law: Considering the Existence of Substantive Constraints on Treaty Revision. As forcefully argued by K. L. Scheppele and L. Pech, “consolidation of majoritarian autocracies […] represents more of an existential threat to the EU’s existence and functioning than the exit of any of its Member States”. The capture plays a pivotal role in disabling the checks and balances. It renders the constitution a “sham”3)“Sham” (sometimes also called “facade”) constitutions fail to constrain or even describe the powers of the state. On the concept see D. S. Law, M. Versteeg, Sham Constitutions, (2013) 101 California Law Review 863. as it strips the constitution off its limiting and constraining function. The principle of the separation of powers becomes illusory as the capture opens gate to unchecked arbitrariness. As shown by the demolition of the Supreme Court, the capture is not merely a one-off aberration. It is rather a novel threat to the rule of law as it is not limited to one moment in time. It is a process of incremental taking over the independent institutions and the liberal state. For some time Hungary was a prototype of a “captured state” and one would assume that the European Commission had learnt from its passivity and acquiescence to V. Orban’s tactics of capturing the state. The lesson has been taught loudly and clearly and yet it was missed by the Commission then, and now. While Polish authorities seek to methodically implement Orban’s constitutional capture rulebook, the Commission is repeating its past mistakes. The Commission is once again displaying the same naïve belief in the virtues of dialoguing with autocrats, giving them all the time they need to subvert the national constitutional order, whereas the only way to hinder constitutional capture, or to “constitutionally recapture the unconstitutional capture”, is to act preemptively, before the capture is complete. In order to thwart the capture, counter act is necessary at the very beginning, not later. Waiting on the sideline, talking to the perpetrators and hoping for their change of heart, will only embolden and entrench the regime. The regime knows that and will do anything to buy more time to entrench the capture and make the recapture very unlikely. The leaders of Hungary, and now Poland, know very well how to play this game, with the EU further and further extending time limits and engaging in a futile dialogue, while the capture is becoming more and more entrenched, difficult to roll back and, last but not least, emboldened as the demise of the Supreme Court painfully shows. Knowing that nothing will happen anyway, PiS did not even make an effort to disguise its unconstitutional ambitions this time and simply annihilated the court with one single piece of legislation.

The sequence of the capture in Poland makes perfect sense: The Constitutional Court was targeted first because that would ensure that next phases would sail through without any scrutiny from its side. Who cares that the new legislation flies in the face of the constitution since there is no procedural and institutional avenue to enforce constitutional rules? As of today, not only is the Polish Constitutional Court gone; the Supreme Court has followed and joined the list of fallen institutions. Both were turned into facade institutions that shall rubber-stamp any, and all, initiatives of the majority, and serve their political masters.

As A. Barak rightly points out “[…t]he response to an incorrect judgment is not to abandon communication and break the rules of the game but to use the existing relationship to create a situation in which the result of the mistake will be corrected. Breaking the rules of the game crosses the red line, and is likely to take on many forms: wild and unrestrained criticism of the judgment, attacks on the very legitimacy of the judicial decision, recommendations […] to narrow the scope of the courts’ jurisdiction, threats to create new courts in order to overcome undesirable judgments, attempts to increase the political influence on judicial appointments and promotions, calling for prosecution of judges […], demands to terminate judicial appointments […] All these lead, in the end, to the breakdown of the relationship. This is the beginning of the end of democracy”4)A. Barak, The Judge in a Democracy, (Princeton University Press, 2006), p. 239 – 241.. We have seen all this and more unravelling in Poland, with Europe reduced to a passive by-stander. Worst of all, the capture is not over yet and it will continue unhindered and more emboldened than ever.

For any reasonable democrat the conclusions should already be clear so that any detailed commentary is obsolete. So in lieu of an academic summary, let the Polish Constitution speak up itself. Reading the constitution in times of the rejection of the constitutional text and the capture of institutions, is worth more than a thousand words and might be more powerful even than the most sophisticated legal commentary.

The Polish Constitution provides in plain and elegant words:

In the light of the above, are there any doubts left as to what had happened in Poland on July 14, 2017? As I read the Preamble to my Constitution, its foundational principles and its chapter on courts again and again, I remain heart-broken. I have never felt my hopelessness and helplessness more acutely.

DOWNLOAD PDF
LICENSED UNDER CC BY NC ND
SUGGESTED CITATION  Koncewicz, Tomasz Tadeusz: Farewell to the Separation of Powers – On the Judicial Purge and the Capture in the Heart of Europe, VerfBlog, 2017/7/19, https://verfassungsblog.de/farewell-to-the-separation-of-powers-on-the-judicial-purge-and-the-capture-in-the-heart-of-europe/, DOI: https://dx.doi.org/10.17176/20170719-141352.