The last weeks, we have witnessed the outbreak of a virus the like of which the world has not seen in a long time. As the epicenter of the crisis moved to Europe, Belgium has not been spared. Upon finishing this blogpost, 4,269 cases of COVID 19 were reported. 1,859 people were hospitalized. In total, until now, 122 patients died. Measures to fight the crisis and its consequences took many forms, including legally. In this post, we focus on three categories: containment measures, the granting of ‘special powers’ to the executive and measures aimed at socio-economic survival and recovery.

As elsewhere in Europe, stringent measures were taken to reduce new infections. On 13 March 2020, the federal Minister of the Interior declared the federal phase of the national emergency plan. Based on the 1963 Act concerning Civilian Protection and the 2007 Act concerning Civilian Safety, this was immediately followed by a Ministerial Decree imposing measures to slow down the spread of COVID 19. This included a prohibition of cultural, recreational and sportive activities, with the exception of family activities or activities with an intimate nature. Establishments offering these activities, and bars and restaurants, were closed, with the exception of hotels and take-away and delivery services. Non-food stores and malls were closed on the weekends, with the exception of pharmacies. Classes were cancelled, although schools remained open for children without care alternatives. These measures were supposed to remain in place until 3 April 2020. At the same time, the governments of the Communities (a form of federated entities) adopted measures reorganizing or limiting school and youth activities, and limiting physical access to care centers who work with seniors and vulnerable people.

On 18 March 2020, the federal measures were further restricted. With a number of exceptions, stores were closed. Social distancing was introduced (individuals being required to observe a distance of 1.5m), physical access to supermarkets regulated, markets prohibited with the exception of food stalls. Telework for all ‘non-essential’ businesses and services was imposed. Non-essential businesses and services for which telework and social distancing proved impossible were closed. Public transportation was reorganized in view of social distancing. Colleges and universities switched to distance learning. Families were allowed to walk or sport outdoors and be accompanied by one non-family member on the condition of social distancing. Non-essential travelling from Belgium was prohibited. With a number of exceptions, people were ordered to remain at home. The following days, police services started to enforce the measures with increasing intensity. The end-date of the measures was shifted from 3 April to 5 April 2020.

In addition to these public order measures, political leaders feared a socio-economic escalation that would require more and complicated measures in the short term. Although the Belgian Constitution does not contain an emergency clause – on the contrary, article 187 explicitly states that no provision of the Constitution can be suspended – Belgian constitutional law provides, since the 1920s, an instrument called ‘special powers’ (bijzondere machten, pouvoirs spéciaux) legislation. These allow unusually wide delegations of legislative powers from parliament to the government. They typically even include the power to abolish, complement, amend or replace existing Acts of parliament. These powers are based on Article 105 of the Constitution:

Even if the framers intended this to be a limiting, not an enabling clause, the constitutionality of special powers legislation is nowadays undisputed. People mostly remember special powers as an instrument used to fight the economic, social and financial turmoil of the 1980s, although they were also used to guide Belgium into the Eurozone in the 1990s. Special powers have not been properly put to use since then, leading one of us last year to wonder whether they ended up in a midlife crisis themselves. As the COVID 19 crisis unfolded, they quickly became the center of political attention again.

Special powers legislation needs to meet a number of requirements. These have been put forward by the Council of State, whose Legislation Section advises on legislative and executive texts. First, the presence of a “crisis” or “exceptional circumstances” is required. This is largely a political qualification – judicial oversight is deferential. In the past, often socio-economic events have been deemed “crisis” or “exceptional”, but special powers have also been deployed in the build-up to the Second World War. Notably, in 2009, legislation resembling classic special powers was adopted (albeit retroactively) to fight the H1N1-influenza outbreak. Second, special powers can only be granted for a limited period, ideally a matter of months. Third, the goal and object of the special powers has to be narrowly defined. Fourth, special powers legislation does not allow the government to violate higher norms (including the Constitution, European law, and federalism). If special powers touch upon matters that are constitutionally reserved for parliament, finally, the decrees taken in application of those special powers need to be ratified by parliament within a specified period of time. Failure to do this means the decrees are deemed to have never existed. Parliament can subject the granting of special powers to other conditions, such as reporting.

Of course, there is judicial oversight. Special powers legislation can be attacked in the Constitutional Court. Special powers decrees taken in application of the legislation can be taken to the Council of State, Administrative Litigation Section (unless they are ratified by parliament, in which case the body to turn to is the Constitutional Court).

Until the current crisis broke, Belgium’s federated entities (Communities and Regions) had never made use of special powers. This changed last week. On 17 March 2020, even before the federal parliament did, the parliament of the Walloon Region granted sweeping special powers. For three months, renewable once, the Walloon government can now take

“all useful measures to prevent and treat any situation causing problems in the strict context of the Covid-19 pandemic, and its consequences that require arrangement at the risk of serious danger.”

In order to guarantee the continuity of public services, the Walloon parliament even granted powers in case it would be adjourned because of COVID 19.

Remarkably, the Walloon framework allows the government to skip the advice of the Council of State, which is in principle mandatory. In the following days, the Walloon government adopted budgetary and organizational measures that would have ordinarily required a parliamentary procedure. It also decided to suspend home evictions and to temporarily transfer powers from the municipal councils to the municipal executives. At the latest one year from their adoption, these decisions will need to be ratified by parliament.

Over the last days, things started moving at the federal level, too. The federal process was heavily delayed for political reasons. Until 19 March 2020, the current federal government was a caretaker government with limited powers. After tumultuous negotiations, a majority of members of parliament agreed to adopt a motion of confidence, elevating the minority cabinet to standard operating capacities. Although it would have been technically possible to grant special powers to a caretaker government (it can, in any case, take “urgent” measures), this would have created a bizarre political situation. A special powers bill was introduced in parliament on 23 March 2020. It provides a wide range of possibilities to combat the COVID 19 crisis from a public order and healthcare perspective, but it also allows for support measures to companies and families, to safeguard economic continuity and financial stability, to secure the continuity of the courts, and to implement European decisions with regard to the crisis. The government can skip the advice of the Council of State for some decisions, including public order and healthcare measures. The bill was first sent for urgent advice itself to the Council of State. As it is planned, it will be adopted on 26 March 2020.

Even without special powers, many Belgian governments have already acted to mitigate the immediate socio-economic impact of the crisis. Belgian employment law allows to suspend employment contracts in case of ‘force majeure’ and in case of lack of work due to economic reasons, in which case a system of unemployment benefits kicks in. This system is widely used for the employees of businesses that were partially or completely closed since the first containment measures were announced. The government quickly signaled that requests for these benefits would be evaluated with flexibility. Also, since 13 March 2020, the benefits under this system are increased. On 19 March 2020, the federal parliament adopted a law that expands an existing aid scheme for the self-employed, in case they are forced to suspend or stop their activity.

The Flemish and the Walloon regional governments have implemented a system of direct aid for businesses that closed due to the containment measures. In Flanders, companies will receive 4.000 euro if they have to close their business completely (although, as said, restaurants can still offer take-out or delivery) and 2.000 euro if they only have to close during the weekend. After 6 April 2020, an additional amount of 160 euro per day will be provided until 13 June 2020 at the latest. The Walloon government provides 5.000 euro in case of a complete closure and 2.500 euro in case of partial closure. Both the Flemish and Walloon system use the framework provided by EU Regulation 1407/2013 concerning de-minimis state aid.

The federal and Flemish governments announced the possibility to delay the payment of taxes, whereas the government of Brussels-Capital even announced to drop certain payments. Social security contributions, too, can be delayed or paid by installments. After some negotiation, on 22 March 2020, the federal Finance Minister reached an agreement with the banking sector and the National Bank of Belgium to offer suspension of payments on business loans and mortgages until the end of September 2020 and a guarantee scheme for new loans and credit lines for up to 12 months.

In addition, a variety of other support measures have been taken. For example, on 18 March 2020 the federal government adopted a system to compensate doctors for ‘triage by telephone’ for possible COVID 19 patients. The federal Minister for Economy has decided that organizers of cancelled cultural, festive of recreational activities can choose to offer vouchers for a similar event on a later date instead of refunds. A similar system was put in place for packet travel arrangements. Both measures are based on a legal provision that gives the Minister for Economy specific authority in times of crisis and which was first adopted in the immediate aftermath of the Second World War. They may run afoul of EU law, however, such as directive 2015/2302 on package travel and linked travel arrangements. The European Commissioner for consumer protection, a Belgian no less, already expressed his displeasure with the measures for packet travel arrangements.

As the crisis unfolds, the legal situation changes drastically and quickly. In the next weeks, more measures will probably be adopted and implemented. Coordination between governments in the Belgian federal setting poses an additional challenge. For now, the sudden revival of special powers legislation is a first and unexpected legal feature of the fight against COVID 19. 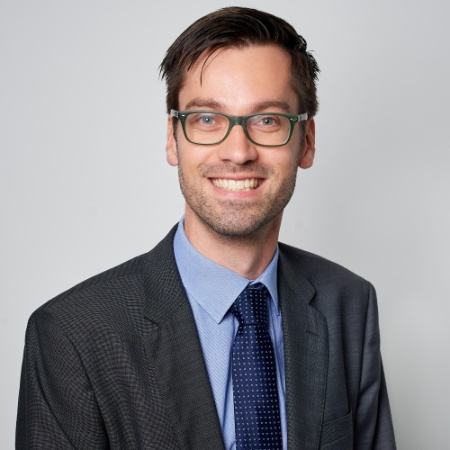 Toon Moonen Toon Moonen is an assistant professor of constitutional law at Ghent University. He also practices law at the Brussels bar. 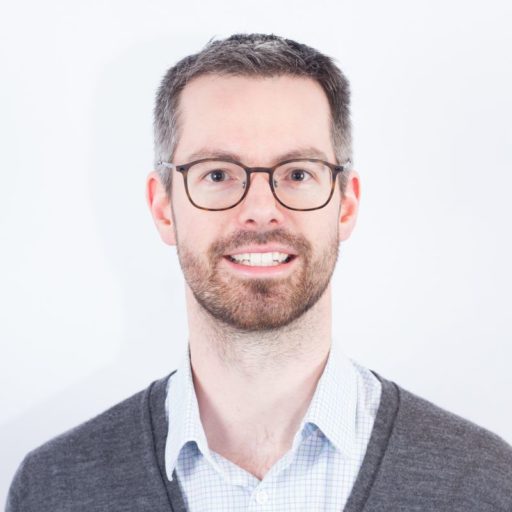