Germany is in the middle of the global Corona Crisis. Currently, about 11,000 people are infected with the Coronavirus SARS-CoV-2 and 20 people have died of Covid-19 in Germany. The DAX is experiencing price slumps similar to those experienced during the financial crisis in 2008. The following blogpost provides an overview of the relevant legal instruments in the fight against the virus.

The German law concerning infectious diseases can be found in the Infection Protection ActDE (Infektionsschutzgesetz, IfSG). It entitles the competent authorities to adopt different measures to prevent and control infectious diseases. The law distinguishes between monitoring (§§ 6 ff. IfSG), preventive measures (§§ 16 ff. IfSG) and measures to combat infectious diseases (§§ 24 ff. IfSG). The measures may be adopted in respect of ill persons, persons who are suspected of illness or infection, or persons who excrete pathogens without having symptoms. Some measures may also be adressed against the general public. The law expressly provides that quarantines – at home or in special medical isolation units – can be ordered (§ 30 IfSG), a ban on professional activity can be imposed (§ 31 IfSG) or care facilities for minors can be closed (§ 33 IfSG). According to § 28 I S. 2 IfSG, the competent authority may also restrict or prohibit events or other gatherings of a large number of people.  Furthermore, § 28 I S. 1 IfSG contains a general clause according to which the authority can take ‘all necessary measures’. It is, however, highly doubtful whether a complete ‘lock down’ of entire cities can be ordered on the basis of this general clause (see for details Klafki, juwissDE).

Measures under the Infection Protection Act can be ordered against individuals by way of an ‘administrative act’ (Verwaltungsakt) as well as by executive regulations (Rechtsverordnungen) addressed to the general public by the health ministers of the Länder. Furthermore, the competent authorities can issue ‘general administrative acts’ (Allgemeinverfügung) – for instance to prohibit mass events (§ 28 I s. 2 IfSG). Until recently, Germany concentrated on the ordering of quarantine for persons who had had contact with infected persons or where in risk regions. Meanwhile, all Länder prohibited mass events (initially with more than 1,000 and later with 100 or even less participants) until at least April and closed schools and day-care centers until the end of the Easter holidays. Universities stopped classroom-based teaching and the start of the summer lecture period was postponed. More and more cities are closing shops (apart from grocery stores and pharmacies), leisure and sports facilities, restaurants and bars or at least introduce special distance regulations for gastronomic businesses. This week, the first town has ordered a ban on going outsideDE (with exceptions for grocery shopping, getting to work etc. For details see here). These measures are all based on § 28 IfSG and are issued by way of a ‘general administrative act’ (AllgemeinverfügungDE) instead of an executive regulation (Rechtsverordnung). The advantage of issuing ‘general administrative acts’ is, that unlike an executive regulation, it cannot be challenged with erga omnes effect in front of the courts. If individuals challenge a general administrative act, the administrative courts may only annul it with inter partes effects – leaving the validity of the ‘general administrative act’ for the general public untouched.

There are no regulations in the German Infection Protection Act on the stockpiling and rationing of drugs and remedies. If the Federal government or the Länder decide to stock medical products, this requires a budgetary law. In reaction to the swine flu in 2019 the EU has issued a Decision on Serious Cross-Border Threats to Health (2119/2013/EU) according to which the Member States can engage in a joint procurement procedure of medical countermeasures. Pneumococcal vaccines, which prevent bacterial superinfection of the lungs, are already getting scarceDE. The reimbursement guidelines were therefore changed to the end that the vaccination is only paid for by the statutory health insurance funds for specific risk groups.

Competences for the Regulation and Execution of Infection Protection Act

The Infection Protection Act constitutes a federal statute (cf. Art. 74 I Nr. 19 GG). In the German federal system, the power of execution of laws, however, is generally attributed to the Länder (Art. 83 GG). This is also true for the Infection Protection Act. All measures described therein can only be ordered by local or state authorities. The Federal government has no authority to issue directives. Therefore, the closure of schools and the prohibition of mass events could not be ordered by the Federal government. The Federal government can only make recommendations and must then hope that the authorities of the Länder will comply. Even in the event of a national emergency, according to Art. 35 (III) Basic Law the federal government can only order the states to support each other with personnel, but the federal government is not entitled to take over the crisis management.

The decentralised competences were already criticised during the swine flu pandemic 2009/2010 and the EHEC crisis in 2011. The Federal Minister of HealthDE and the ChancellorDE have recently announced that the Infection Protection Act should be amended in the future to give the federal authorities more coordinating powers in the event of epidemic or pandemic disease outbreaks. At least, in Germany’s ‘cooperative federalism’ numerous coordinating bodies between the federal and state level exist. One example are the ‘Conferences of the Ministerpresidents’, where the Federal Chancellor is also invited, and the ‘Conference of Health Ministers’, which brings together the health ministers of the federal and state governments (for details see Klafki, GLJ 19 (2018), 1437 ff.). On Monday, the Federal Government and the Ministerpresidents of the Länder reached an agreement on the implementation of the up-mentioned measuresDE which are implemented uniformly throughout Germany by the competent authorities by now. In addition, there is a Joint Situation Centre of the Federal government and the Länder (Gemeinsames Lagezentrum von Bund und Ländern), which is also Germany’s National IHR Focal Point for the communication with the World Health Organization according to Art. 4 of the International Health Regulations. Finally, the Robert-Koch-Institute, a federal authority reporting to the Federal Ministry of Health, has the task of providing the competent authorities on the state level with specialist information and issuing recommendations in epidemiologically significant cases (cf. § 5 IfSG). The Robert-Koch-Institute – together with the Conference of Health Ministers – has also issued a Pandemic Preparedness PlanDE. Recently, the Robert-Koch-Institute has added recommendations for the current Corona pandemicDE. Also the Länder have issued pandemic preparedness plans. They are, however, largely outdated. Furthermore, the pandemic preparedness plans are legally non-binding.

Social security law and labour law play a significant role for the consequences and social acceptance of the issued infection control measures. There is a health insurance obligation in Germany for every resident (§ 193 III Insurance Contracts LawDE – Versicherungsvertragsgesetz). Employees are insured in the statutory health insurance (§ 5 Fifth Book of the Social Security ActDE – Sozialgesetzbuch Fünftes Buch – Gesetzliche Krankenversicherung). The vast majority of entrepreneurs or free-lancers in Germany have private health insurance. Medical treatment costs in Germany are thus generally borne by the medical insurance companies. Also, German employees are entitled to continued remuneration in the event of illness according to § 3 Continued Remuneration LawDE (Entgeltfortzahlungsgesetz). There is no general right to home office in Germany but where possible German companies tend to accept it. Furthermore, § 616 of the Civil Code (Bürgerliches Gesetzbuch) provides that employees who are prevented from performing services for a relatively trivial period of time for a reason in his person without fault on his part are entitled to full remuneration. However, it is disputed whether this also applies for parents who are unable to work because their children are quarantined at home and in many employment contracts this provision is declared inapplicable. In order to prevent insolvency and protect jobs, employees and employers can agree to ‘short-time work’ (Kurzarbeit). The Federal Employment Agency (Agentur für Arbeit) awards short-time work compensation to affected employees in order to partially compensate for the loss of earnings due to short-time work for up to 12 months (§§ 95 ff. Third Book of the Social Security ActDE Sozialgesetzbuch Drittes Buch – Arbeitsförderung). In the wake of the Corona pandemic, the conditions for short-time work compensation have recently been eased by the Act on the temporary crisis-related improvement of the regulations for short-time work compensationDE.

Special Compensatory Rights in the Event of Disease Outbreaks

Furthermore, § 56 IfSG entitles persons who have been banned from work or quarantined by public authorities to state compensation for the loss of earnings. It is unclear, however, whether § 56 IfSG also covers losses of earnings for parents who are unable to work because their children have to be supervised at home. Either way, the compensation obligations place a considerable financial burden on the Länder. One idea to mitigate the financial burden on the states is to create a special compensation fund on the federal level.

If objects are destroyed or damaged for reasons of epidemic hygiene, § 65 IfSG also provides for a compensation claim. The Federal governmentDE and some municipal authoritiesDE fear that § 65 IfSG could also apply to damages resulting from the prohibition of mass events such as football matches and the closure of retail businesses. This seems to be why some municipal authorities where very reluctant to order such prohibitions and waited for the state governments to decide at an earlier stage of the pandemic. A systematic and historical interpretation of § 65 IfSG, however, reveals that general response measures to the spread of Corona are rather not recoverable (see for a detailed analysis Cornils, VerfassungsblogDE). The general German police law also provides for compensation arrangements for inculpable persons who suffer damage as a result of an authority’s measure to protect public safety (Nichtstörerhaftung). It is currently being discussed whether these regulations can be used for compensation claims against the states by those whose commercial events are officially prohibited. Yet, it is doubtful whether the organisers of mass events are really in no way responsible – in the legal sense – for the health risk that comes with them during the corona outbreak.

Financial Funds to Mitigate the Effect on the Economy

The Federal government is creating a ‘protective shield for employees and companies’ affected by the corona crisis: To this end the mentioned short time compensation was adapted to the Corona crisis. Furthermore, companies are entitled to postpone their tax payments to protect their liquidity. Above all, according to the Federal Minister of Finance 20 billion euros were transferred to the national bank KfW (Kreditanstalt für Wiederaufbau) to finance unlimited loans for companiesDE. Also, several states provide special financial supportDE for companies. There are also demandsDE for the establishment of a special compensation fund for free-lancers and people engaged in the cultural sector who suffer financial losses because of the corona crisis. This demand refers to the support fundDE that was established by the Federal government and the Länder after the flood in 2013.

There has not yet been a health crisis in Germany with comparable effects on public life and the economy. Despite the still relatively low death rates, this is probably the most serious health crisis since the founding of the state in 1949. Even though the Infection Protection Act lacks central coordinating powers, the far-reaching labour and social security guarantees help to persuade decision-makers at state level as well as the population to adopt the required social distancing measures. It remains to be hoped that we will succeed to reduce the infection rate to such an extent that the infected can all receive appropriate medical care. 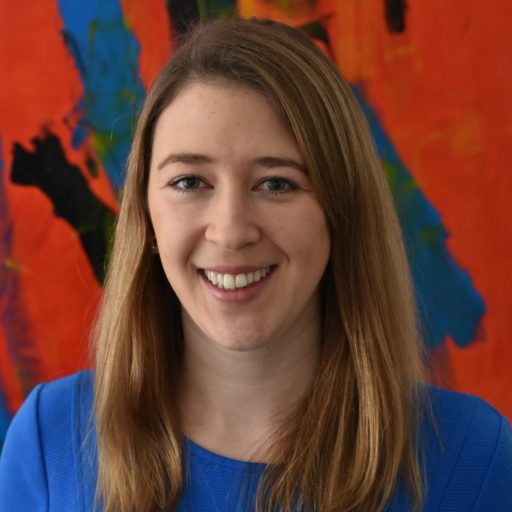