The United Kingdom’s response to the coronavirus epidemic is still in its early stages, but seems likely to – eventually – involve a wide range of the emergency powers currently available to the state, as well as some which do not yet exist. These include, where the armed forces are to provide assistance to the civil authorities, the Emergency Powers Act 1964, which continued in force rules originally made during the Second World War. A standing Defence Council Order (see page 32) under the Act, dating from 1983, permits the armed forces to undertake certain non-military work; should they be required – as has been suggested – to assist the National Health Service, further orders could easily be made. The armed forces might also be deployed in accordance with the Civil Contingences Act 2004, the statute which provides the most general set of emergency powers in the United Kingdom.

The 2004 Act permits the making of emergency regulations, with ‘emergency’ defined so as to include – most relevantly for present purposes – ‘an event or situation which threatens serious damage to human welfare in the United Kingdom’ or a part thereof. The government – under the nominal authority of the Queen – may make such regulations where two primary conditions are met: first, that an emergency has occurred, is occurring or is about to occur and, second, that it is necessary to make provision for the purpose of preventing, controlling or mitigating an aspect or effect of the emergency. The list of things which might be done by such regulations is predictably extensive. They may, for example, provide for the confiscation of property, prohibit or require movement to or from a specified place, or prohibit assemblies or travel.

The list of things that may not be done by such regulations is commensurably short: most notably, they may not amend the Human Rights Act 1998 (the statute which incorporates the ECHR into domestic law) nor force individuals to undertake military service. No such emergency regulations have been made, however, seemingly for two reasons. The first is that regulations must be laid before Parliament and though they come into force immediately, they lapse after seven days if both the House of Commons and the House of Lords have not approved them by that point. But even such approval is forthcoming, the regulations can last for – at most – 30 days, at which point new ones must be made, to which the requirement for approval within 7 days again applies. Given that there are very real fears that Parliament may cease to sit in light of the epidemic, the Government seems to prefer a different approach – one which will not require periodic renewal. The second is that, as noted below, many of the actions most urgently required by the situation are unrelated to emergency powers in the traditional sense, and so the 2004 Act provides no authority for them.

So far, the, the Government has acted only under the more specific authority of the Public Health (Control of Disease) Act 1984, making the Health Protection (Coronavirus) Regulations 2020. These regulations apply to ‘infected areas’ as notified by the Government, and allow persons to be – for example – detained, subject to restrictions, and required to undergo screening. They appear to have been designed primarily to deal with the issue of quarantining those repatriated from China in early February: originally passengers ‘were asked to sign a consent form agreeing to stay in supported isolation for at least 14 days until the incubation period is over’ but when that voluntarist model came under threat, the regulations were made. Though there is no obvious impediment to their wider use, it appears that the government prefers to legislate afresh rather than do so.

Here the reality of the modern devolution settlement in the United Kingdom, which the 1984 Act predates – kicks in: health is devolved, so there are different regimes in operation in the devolved nations and regions, with the Coronavirus Regulations which have been made applying only to England. Emergency powers, on the other, hand, are reserved to the centre, and if the Government were to invoke the Civil Contingencies Act, any regulations made thereunder would likely apply throughout the United Kingdom – except in cases of urgency, the devolved governments must be consulted if it is intended to make regulations applying to the territory for which they are responsible. There is no general right to compensation for loss caused by measures taken under the 2004 Act nor the 1984 Act, and as a matter of domestic law, the fact that emergency acts are ultimately authorised by the sovereign Parliament means that there can be no private law claim as regards those acts.

As a result, therefore, it seems the main legal response to the coronavirus epidemic will be the Coronavirus Bill. Though its contents had been trailed in detail earlier in the week, the Bill was published only on Thursday, presumably because, at upwards of 300 pages, the Bill was still being drafted up until the last minute. Debate on the Bill will begin (and probably end) in the House of Commons on Monday and pass to the House of Lords thereafter: it will no doubt become law by the end of the month. Though in accordance with the Sewel convention it will require the consent of the devolved legislatures, such consent will not doubt be forthcoming.

Unlike the Civil Contingencies Act, whose sunset clause applies only to emergency regulations made thereunder, the Coronavirus Act 2020 (as it will become) will be subject, in almost its entirety, to a sunset clause of 2 years, after which the changes it makes will revert and the powers it contains will lapse. That period can be extended by up to 6 months (though repeatedly). Regulations which give effect to that extension can be made without the assent of Parliament, though lapse after 40 days if the two chambers do not give their assent.

The Bill includes a range of measures aimed at doing the following: increasing the available health and social care workforce by, for example removing barriers to allow recently retired NHS staff and social workers to return to work; easing the burden on ‘frontline staff’ inside and outside the NHS, largely by reducing some of the applicable regulatory burdens, including in relation to – for example – care homes; managing the deceased ‘with respect and dignity’ by, for example, making it easier to register a death.

Though these issues are no doubt vital, it is quite striking to see emergency law-making used not (or not only) in a way which restricts civil liberties, as the classic emergency powers paradigm would suggest, but rather unpick or diminish important aspects of the regulatory and welfare states. Theorists of emergency power will no doubt wish to consider this point in time. The Bill also includes an economic measure, allowing for ‘statutory sick pay’ to be claimed from the first day of absence, and allowing for firms with fewer than 250 employees to reclaim such pay for absences relating to Coronavirus. Here, we see the opposite: social provision being boosted, rather than diminished, in response to the crisis.

The final category of provision in the Bill resembles the more common idea of emergency powers, one set containing powers relating to people who are or are potentially infectious and the other containing powers relating to ‘events, gatherings and premises’. There is, it would seem, considerable overlap with actions which might be taken under the Civil Contingences Act, and so the detail of the procedural safeguards is crucial. In each case – the relevant rules are found in schedules 20 and 21 to the bill, both sets occurring in 4 different forms so as to reflect the differing bodies of law applicable to England, Scotland, Wales and Northern Ireland – a member of the relevant is permitted to make a declaration brining the powers into play where he or she is of the view that the ‘incidence or transmission of coronavirus constitutes a serious and imminent threat to public health’ and that the powers in question are needed in order to prevent or delay transmission. The powers are predictably draconian – requiring people, for example, to undergo testing and then, if necessary, prohibiting them from travelling or requiring them to stay in a particular place; prohibiting events and requiring premises to close – and are backed by a range of criminal sanctions.

Unlike some other states, however, the UK has not derogated from the ECHR in relation to the coronavirus epidemic, not even hinted at doing so, and so would seem to believe that the measures being legislated for can be accommodated within its framework.

As will be seen, therefore, the use of emergency powers has so far been limited, and though that will no doubt change when the Coronavirus Bill is made law, the most drastic measures available to the state are unlikely to be taken in the short term. The government has until the past few days taken a largely advisory approach. At the weekend, for example, it attracted criticism for telling the public not to attend, for example, theatres, but without directly requiring – or even asking – those theatres to close. Some suggested this distinction might have been relevant for insurance purposes, but the Association of British Insurers denied that – most businesses will receive no insurance payout either way. In the case of the Scottish government, on the other hand, it has been explicit that when it was advising rather than mandating the cancellation of events it had no powers to do the latter.

More striking is the extent to which the classic notion of emergency powers has revealed itself to be radically inadequate in the context of a crisis that is being felt much more on the demand side than the supply side (at least for now). The new Chancellor of the Exchequer Rishi Sunak gave his first annual budget a little over a week ago. Though it included a range of coronavirus-related measures, it was always clear that more would be needed, and further measures, including £330 billion of guarantees, were announced on Tuesday. Though payment holidays for mortgage-holders have been announced, a major source of criticism so far has been the absence of equivalent measures for renters, and in general the focus has been on businesses rather than individuals. There is, of course, no general legal obstacle to a scheme of fiscal transfers to individuals, and the state may yet end up making such transfers. Here too the devolution settlements must be taken account of, with many of the relevant matters devolved in whole or in part. The basic rule is that additional public spending in England brings with it an automatic increase in the block grant given to the devolved administrations, in line with the so-called ‘Barnett formula’. These ‘Barnett consequentials’ will be forthcoming, and the Scottish government, for one, has already indicated that it will on at least some points replicate the use that is to be made of this money in England. It already seems inevitable that the success of the state’s response to Coronavirus will eventually be judged not only by the nature of the interferences with individual liberty carried out, but also – and perhaps primarily – by the sufficiency of the associated economic measures. 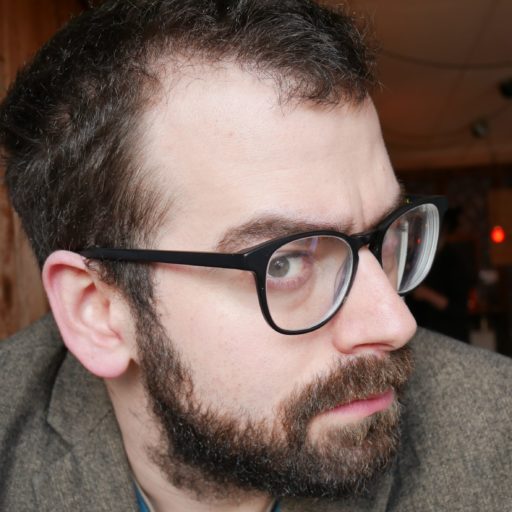 Paul F. Scott Paul F. Scott is a lecturer in public law at the University of Glasgow. He researches constitutional law and national security law.