On 22 July 2016, during the early morning hours, Albania’s parliament adopted a long-awaited judicial reform, after 18 months of technical work and days of tense and political negotiations. Changing 46 articles of the 1998’s constitution, the judicial reform package adopted by Albania’s parliament on Friday is one of the most radical changes in legislation that the country has seen in 25 years.

The Albanian Constitution was approved in 1998. Since then it has been amended three times: first in 2007 in order to extend the office mandate of the local government bodies. The second amendment, which is more significant, occurred in 2008, to the effect of changing the way of election of the President of the Republic, the procedure for the vote of confidence of the government, and the office mandate of the Prosecutor General. The third amendment in 2012 reduced the immunity of senior state officials against criminal prosecution.

In the 18-year period of its application, the Constitution has generally managed to ensure the functioning of a democratic state in Albania, although failures have not been missing. Thus, for instance, the ‘98 Constitution did not manage to insulate independent institutions against political majorities and to ensure a true and effective supervision by the Parliament over the Government. Its most significant failure, however, was its inability to establish an independent, accountable, and efficient justice system. According to the Expert Group at the ad hoc Parliamentary Commission on Judicial Reform, these problems have been caused by the missing quality and coherence of the constitutional and legal regulations, by the high level of corruption among the ranks of judges and prosecutors, by the low professional level of judges and prosecutors, by the absence of efficient mechanisms of control and a lack of clear division of powers among the bodies governing the justice system as well as a disproportional impact of politics on justice.

Different governments have tried to address these problems (and the reasons underlying them). They failed because the proposed legal interventions have been fragmentary and in any case did not affect the constitutional level.

According to the Expert Group the constitutional and legal framework in Albania for the disciplinary liability of judges and prosecutors is a failure. The competence to investigate cases of suspected corruption among ordinary judges is shared between High Council of Justice and Ministry of Justice in a confusing and ineffective way. The competence to adjudicate corruption cases involving top state officials is exclusively held by the High Court (Art. 141 of the Constitution) in first and last instance – a Court whose judges are nominated and appointed by exactly the same politicians they are supposed to watch over. It is hardly surprising that no high ranking official has ever been convicted for corruption offences!

Another obstacle until now has been the particular immunity those officials enjoy under the current constitution. In response to that the new constitutional amendments establish a decentralized Prosecutor’s Office with the power to independently investigate organized crime and corruption. To this end, constitutional changes were required to make sure that a prosecutor of a lower level will be able continue prosecution if the case is dismissed by the higher prosecutor. This is the minimum requirement to fight judicial corruption.

There will also be special anti-corruption units within the Prosecutor’s Office to make the fight against corruption more efficient[1]. These units will be responsible for the prosecution of judges, prosecutors and senior officials, provided by the law. Their cases will be tried by special courts for corruption cases They will be assisted by the National Bureau of Investigation, which will conduct investigations under their direction.

These units are established directly by constitutional law. That will shield them not only from the influence of the Prosecutor General but also from changing political majorities. Also, the provision in the Constitution shows the priority that Albania gives to the fight against corruption as one of the main criteria for its accession to the EU.

The second major aspect of this reform is the reevaluation process (known as vetting process) all judges and prosecutors and their legal advisers have to undergo. This process will be realized by a first instance commission and an appeal chamber outside of the existing ordinary court system, since the judges are subject of assessment themselves. These institutions will be monitored by an International Monitoring Operation, composed of judges and prosecutors selected by different EU member states, since there is a lack of public trust in national institutions. The international observers shall have access to the files of judges/prosecutors and shall supervise the entire decision-making process. In order to ensure the process but also reduce the possibility of corruption within the Commission, its members will have a special treatment for themselves and their family. They will also be guaranteed special protection from the state.

The re-evaluation process will include comprehensive control of judges and prosecutors in three important aspects: the assets of judges and prosecutors, the detection or identification of their links to organized crime and ultimately the evaluation of their work and professional skills. If the final outcome of these three tests is negative or insufficient, the Commission will come up with a decision that varies from the obligation of a judge or prosecutor to brush up his skills at the School of Magistrates for a year up to his removal from office. This three-fold examination aims not just to clearing the judiciary of elements related to crime but also of incompetent officials who owe their carreer to political connections or financial corruption.

There have been many efforts in new democracies in Europe to realize this sort of process, since not only Albania faces with high level of corruption in the judiciary. Recent opinions of the Venice Commission about qualification processes and lustration for Ukraine provide the necessary details about this kind of process[2]. The transitional process in Ukraine was considered inappropriate but as a concept it was not rejected. The opinions expressed some basic concepts that must be followed by an assessment of qualification for judges and prosecutors. The joint opinion made clear that an assessment of qualification for incumbent judges must be „wholly as a specific case and be made under more rigorous safeguards to protect those judges who are eligible to exercise their duty.“[3]

Albania is in a very specific situation. Albania is a candidate country for the European Union, but it has a pronounced distrust in its judicial and prosecution system which has been unable to self-regulate at all levels. With regard to the extraordinary measures to vet judges and prosecutors, the Venice Commission found these not only justified but necessary for Albania to protect itself from the scourge of corruption which, if not addressed, could completely destroy its judicial system (see Venice Commission Final Opinion on Draft Constitutional Amendments in Albania, 11-12 March 2016).

The judicial package, which is considered crucial for the fight against corruption and political influence, amended almost 1/3 of the constitution and passed several laws creating new justice institutions. The reform was hailed by party leaders as marking a new beginning that will also open the way towards closer ties to the European Union. With an unprecedented convergence of political will on judicial reform and substantial international support, at this moment in history the Albanian justice system undergoes a deep and comprehensive reform.

The high degree of corruption in the Albanian judiciary, the low quality of its work and the failure of existing mechanisms to control judges and prosecutors is no more a matter of perception in Albania. [4] Even the judges themselves accept that the justice system is not free from external influences[5]. A recent survey of Albania’s judges found that 25% of judges consider the system as corrupt, while 57% of judges admit that the judicial system is not free or partly free from political influence. Further, the High Inspectorate for the Declaration and Audit of Assets and Conflict of Interest reviewed the declaration of all 399 judges, High Court judges and Constitutional Court judges. Based only on their declarations, 73% of Albanian judges have declared family assets of over 14 million ALL (or about 100,000 Euro). 35% of those declared assets of over 35 million ALL (or about 250,000 Euro). Some of them have declared millions.

It should be noted that in the 2014 CEPEJ evaluation of Albania, net annual judicial salaries range from only 5,747 Euro to 12,030 Euro. The State Department Report on Human Rights 2013 describes the Albanian justice system as inefficient and subject to political pressures, fraud and corruption[6]. Commissioner for Human Rights of the Council of Europe in the report of 2014 stated that in Albania „the high level of corruption in the justice system seriously impedes the functioning of justice and reduces public confidence in justice and the rule of law“. A Freedom House Report of 2014 also describes the Albanian justice as a system that suffers from chronic corruption, political interference and nepotism[7].

After the adoption of the constitutional amendments, the Albanian Parliament will have to enact the necessary laws to implement them, which it will be a real challenge since there is a strong resistance from corrupted or unprofessional judges, prosecutors and their political supporters.

[1] The so far consulted models are the USKOK Croatia and Romania with the DNA model. The model that is supported more in discussions with expert groups is the Romanian model for the establishment of a National Anti-Corruption Prosecution.

[2]See Joint Opinion of the Venice Commission and the Directorate for Human Rights (DHR) of the Directorate General for Human Rights and Rule of Law (DG) of the Council of Europe Convention on the Law on the Judicial System and Status of Judges and Changes in Law the High Council of Justice of Ukraine, the Venice Commission’s Opinion no. §§71-81 801/2015 (23 March 2015), Document no. CDL-AD (2015) 007 and the basic principles set out in the Final Opinion on the Law on Clean Government (Law on lustration) of Ukraine, the Venice Commission’s Opinion no. 788/2014 (19 June 2015), Document no. CDL-AD (2015) 012

[4]Corruption in Albania, Perception and Experience, Institute for Development Research and Alternatives, Pg. 22-24 (2009).

[5]Survey of Albanian Judges, Center for Transparency and Freedom of Information (2012). In the 2013 Transparency International Global Corruption Barometer, the judiciary was listed as the most corrupt institution in Albania. 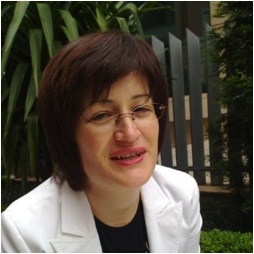