The accession of Ukraine to the EU would, like any other expansion, have profound implications on the Union’s institutions. Even putting aside the extraordinary circumstances of the accession process which started in the middle of a war, the accession of Ukraine would also raise relevant issues for the EU from a purely institutional perspective. This is due to the size of the country: with a (pre-war) population of 44 million inhabitants, Ukraine would be the single largest new EU member state since the first enlargement of 1973 of the United Kingdom (as well as Denmark and Ireland). In today’s EU-27, this would make Ukraine the Union’s fifth largest member state, after Spain. As significant aspects of the institutional representation of EU member states are distributed either formally or informally by population size, the impact of Ukraine’s accession on EU institutions as well as decision-making processes would thus be profound.

The return of ‘absorption capacity’

Before analysing the impact on individual EU institutions, it is important to note that Ukraine’s path to EU membership cannot be viewed in isolation. As symbolised by Moldova getting the candidate status on the same day, its accession procession is geographically and politically closely tied to that of its smaller neighbour. In addition, politically, it is also connected to the accession processes of the six countries of the Western Balkans (WB6), both due to the increased geostrategic competition of the EU with Russia and the political pressure of some member states such as Germany and Austria not to forget the Western Balkans while granting candidate status to Ukraine. In consequence, in 2022 the EU – after very difficult internal negotiations – also revitalised the long-stalled accession process in the Western Balkans, for instance by formally starting negotiations with Albania, Montenegro and North Macedonia and the Commission proposing candidate status for Bosnia and Herzegovina. Ukraine’s accession should therefore be viewed with the perspective of an EU of 30+ member states. Turkey, and to a lesser extent Georgia, though, still remain unique cases and are not taken into account here.

This in turn raises the question of the Union’s ‘absorption capacity’, the often forgotten internal aspect of the Copenhagen criteria. Defined as the ability to absorb new members while retaining its capacity to act and for further integration, the implicit assumption of absorption capacity is that if the EU becomes too big and/or too heterogeneous, the Union would overstretch and weaken itself. In the past, this argument was one of the main drivers of EU institutional reforms in the treaties of Nice and Lisbon to ready the Union for the major enlargements of the 2000s. However, the spectre of absorption capacity has also been used for instance by French President Macron to block starting accession talks with Albania and North Macedonia in 2019. Although all EU member states supported granting Ukraine (and Moldova) candidate status in June 2022, the issue has already been raised for instance by German Bundeskanzler Olaf Scholz, who in August 2022 called for institutional reform before Ukraine could join the EU. To assess this argument, a closer look at the impact of Ukraine’s accession onto the main EU institutions – while taking the potential of Moldova and at least parts of the Western Balkans into account – is paramount.

Applied to Ukraine and the other candidates, their number of seats in the EP would be negotiated as part of their respective accession treaties. With Ukraine’s population, it could claim a number of seats somewhere between Poland (52) and Spain (59), so roughly 55 MEPs. In its current form, however, the Treaty of the EU limits the size of the EP to a maximum of 751 MEPs. With – after the Brexit redistribution – 705 MEPs for the current 27 member states, the accession of Ukraine alone would breach this limit and imply approximately 760 MEPs, nine above the treaty limit. This issue is amplified if we take Moldova and the WB6 into account. As mostly small countries, they would have a claim to be overrepresented in proportion to their citizens like the current smaller EU countries. If we apply the same rule of thumb and distribute seats to them in relation to similar sized current EU members, together they would add another approximately 70 seats, adding up to a total of circa 125 new MEPs with Ukraine, taking the EP far above the current limit of 751.

This raises issues for the functioning of the European Parliament, as the current EU member states would either have to agree on a treaty change to increase the maximum size of the EP, or a redistribution of existing seats to make space for new members. Both options are politically difficult. An EP of over 800 members would be the second largest Parliament in the world (after the Chinese National People’s Congress) and stretch the limit of what is still workable. However, redistributing the maximum of 751 across an EU-30+ might increase the Parliament’s capacity to act, but requires painful concessions from current member states. In either case, the accession of a larger number of smaller countries would exacerbate the issues of democratic legitimacy connected to degressive proportionality, with an overrepresentation of these smaller states, making a new European Parliament less representative of the actual EU population than its current composition. This should feed into the current negotiations on transnational lists and EU electoral reform.

The case for more majority voting

The impact on the Council of the EU as well as the European Council would be equally profound. Like any other member state, Ukraine would be given a veto right in both institutions in decisions taken with unanimity. One country on its own, taking the EU back to pre-Brexit 28 members, would not make procedures or decision-making between ministers or heads of state and government particularly more difficult. As the fifth largest EU countries, Ukraine would gain a significant voice at the table.

The same is not true, however, if we take Moldova and the WB6 into account. As mostly small countries with less than 10 million inhabitants, they would still each get their own veto rights in all questions of unanimity even if they would together account only for roughly 4 per cent of the population of an EU of 35 countries.

Coincidentally, Ukraine, Moldova and the WB6 together have a population of 62 million, so a bit smaller in size than the United Kingdom at 67 million – but with eight vetoes instead of one, and a fraction of its economic size. Not only would this significantly increase the number of veto players from 27 to potentially 35, it would also further decrease the proportionality between veto power and size in population or economy. This would raise serious issues in terms of the EU’s capacity to act, needing to find consensus in all questions of unanimity amongst 35 national governments (with different electoral calendars and pressures each). At the same time, from the perspective of larger member states, the legitimacy of EU decisions (or rather non-decisions) could suffer the more small states with full veto power there are. An EU of 30+ members should therefore come with a significant extension of qualified majority voting in all but the most constitutional relevant questions (e.g. treaty change, accepting new members etc.).

In contrast, in areas with qualified majority voting, the decision-making procedures introduced with the Lisbon Treaty would work quite well, ensuring a capacity to act and a balance between EU member states even at 35. With qualified majority voting, a Council decision must be approved by 55 per cent of the member states representing at least 65 per cent of the EU’s population. On the flipside, at least four states representing 35 or more per cent of the EU’s population are required to form a blocking minority in order to strongly influence bargaining in the Council. With its size, Ukraine would get around 8 per cent of the vote in an EU-35 or 9 per cent in an EU-28 expanded to Ukraine only, which is about the same as Poland’s voting weight today. The WB6 and Moldova together would account for four per cent of the vote. Outside of unanimity, to influence policy-making, they would therefore have to form coalitions even outside their region while the EU would retain its capacity to act. 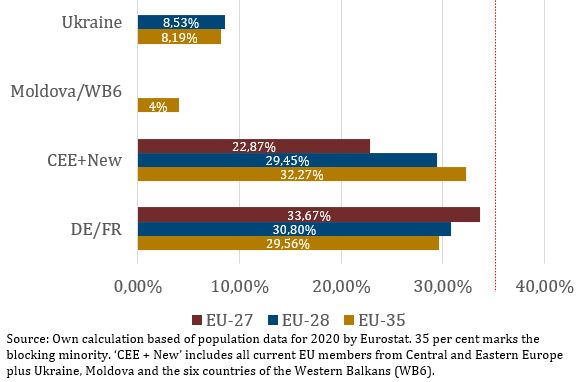 Figure 1: The accession of Ukraine, Moldova and the WB6 and qualified majority voting in the Council.

At the same time, as qualified majority voting is weighted in relation to the EU’s overall population, the vote weight of current member states would change automatically without necessity for any new political negotiations. For instance, the vote weight of Germany would decrease from 18.6 to about 16.9 per cent. Together, Poland and Ukraine would then have about the same voting weight as Germany. France and Germany together, which currently account for 33 per cent of the votes, would drop to 29.5 per cent. However, all current EU members from Central and Eastern Europe plus Ukraine, Moldova and the WB6 would reach about 33 per cent, so even together they still fall below the threshold for a blocking minority. There would therefore be a slight, but not fundamental shift of voting power to Central and Eastern Europe.

A too large European Commission

Finally, the further expansion would also affect the European Commission. Although the EU treaty legally allows a reduction of the size of the Commission, after the first negative referendum against the Treaty of Lisbon in Ireland the European Council decided to keep the principle of one commissioner per member state until it decides (by unanimity) otherwise. Ukraine, Moldova and any acceding countries of the WB6 could therefore claim one commissioner, also taking the size of the College to 35 members.

However, even at 27, the responsibilities are divided to such an extent between individual commissioners that it creates rivalries, increases costs of coordination and overall makes the Commission unwieldly. Both Jean-Claude Juncker and Ursula von der Leyen have tried to tackle this by giving more coordination powers to the Commission’s Vice-Presidents, but at 30+ members, this problem would take the Commission to the brink of either having to divide responsibility in a way that makes them unworkable or creating politically useless mini-portfolios. Any further accession should therefore be an argument for finally making use of the Lisbon Treaty’s possibility for a smaller Commission, with either a rotating mechanism and/or a formal separation of regular and junior commissioners, with only the former attending the Commission’s College and the latter more akin to state secretaries at the national level.

The case for institutional reform

In conclusion, the accession of Ukraine would, especially if taken together with Moldova and (parts of) the countries of the Western Balkans, raise serious issues for the absorption capacity of the EU in all of its major institutions, the European Parliament, the Council of the EU, the European Council and the Commission. This should not, however, be taken as an argument to delay or prevent further accession. To the contrary, it should be a strong reminder of the need for institutional reform, including to those countries pushing for a timely further expansion of the EU. If the EU is serious about the accession of Ukraine with a timeframe of about a decade, it also needs to be serious about institutional reform within the next legislative period – most notably the extension of majority voting, a redistribution of seats in the European Parliament and a smaller European Commission. 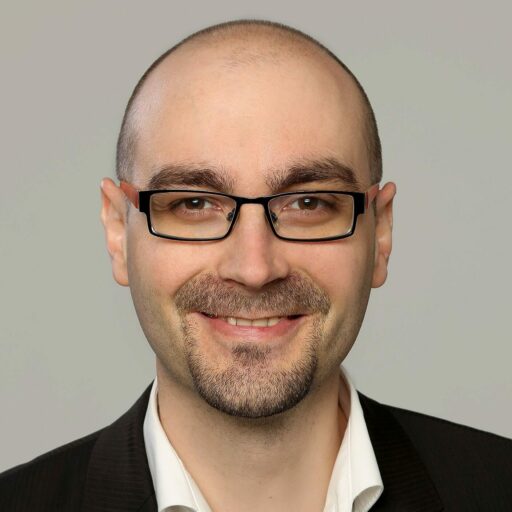