Halving the „Italicum“: The Italian Constitutional Court and the Reform of the Electoral System

Italian Constitutional Law currently is in constant movement – a lot due to its reform of the electoral system from 2015, colloquially referred to as the Italicum. In conjunction with this reform, a referendum has been introduced in 2016 in which the proposal to modify the symmetrical parliamentary bicameralism was rejected by a large majority. With Decision No. 35/2017, issued on 25 January 2017, the Italian Constitutional Court now ruled on the Italicum and closed the loop on the institutional reforms promoted by former PM Matteo Renzi.

To understand the change that the Constitutional Court’s judgement brought about, one first needs to take a look at the Italicum (Law 52/2015). It introduced a reform for the election of the Chamber of Deputies whereas the Senate is supposed to be elected by regions and local government. The Italicum was based on a proportional formula, deeply rationalized by a jackpot of 340 deputies out of 630 awarded to the list obtaining 40% of the votes or – in case no list reached this threshold – to the winner of a run-off held between the top two parties after a second electoral ballot. Read in the context of Italian institutional history, the constitutional reform and the new electoral system aims at closing the political transition started in the beginning of the 1990s. Its ultimate goal is to transform its consociational democratic system built on a multiparty system into a majoritarian democracy.

The Court annulled two points of the Italicum: the jackpot assigned after the second ballot, and the “multiple candidacy”, i.e. the possibility for a candidate to compete in several constituencies and to subsequently choose the constituency where to be elected. Particularly the former was the distinguishing feature of the law since it transformed the proportional formula into a list-oriented majoritarian system. Without such a mechanism the Italicum becomes de facto a proportional law due to the high fragmentation of the Italian Party System and the resulting extreme difficulty for a single list to reach 40% of the votes.

Decision No. 35/2017 represents a new episode of the constitutional case-law on electoral legislation, after the Court’s decision No. 1/2014. The 2014 judgment had deeply influenced the previous electoral system through two fundamental flaws: first the jackpot given to the winning party without a minimum threshold of votes, which damaged Parliament’s representativeness; and second the different distribution of the jackpots between the two chambers, which caused different political majorities and thus frustrated Parliament’s governability.

Decision No. 35/2017 on its part confirms a trend of steady judicial activism of the Italian Court, in line with previous decisions. Given the importance of a decision on a key piece of legislation such as the electoral law, it is worth pausing for an analysis of the legal reasoning adopted by the Court for striking down the jackpot. In fact, such a decision has a deep impact on the reorganization of the political party system.

The test run by the Court is based on the reasonableness of the jackpot allocated both in the first and in the second ballot, the run-off. The test of reasonableness imposes to assess whether a measure excessively sacrifices a principle or an interest that is constitutionally protected. As already noted, only the jackpot given in the second ballot has been declared unconstitutional, but it is important to highlight that the Court has not struck it down per se. It is not the second ballot in itself to be unconstitutional, but the concrete way it was organized by the Italicum (section 9.2). The second ballot, as designed by the legislator, violates the principle of reasonableness because it is disproportionately impacting upon the representative character of the elective assembly and on the principle of equality of votes. That is because the second ballot is not organized as a new vote, but as the succession of the first one in form of a contest between the two most elected parties. From this perspective, there is no link between the two ballots nor between different electoral lists. The distribution of seats determined by the first ballot remains untouched by the outcome of the second ballot, which is reduced, according to the Court, to the identification of the winning electoral list. In other words, the second ballot just rounds off the first without any continuity. Such a majority premium is unreasonable because it identifies the single party that will get the absolute majority.

This is highly problematic because the only limit to have access to the second ballot is to reach the minimum threshold for accessing parliamentary representation: 3 percent of the actual votes. In theory and in absence of any strict connection between the two ballots, it is possible for a party that surpasses 3 percent to compete in the second ballot. The Court remarks that the identification of the party in charge of government is an objective that ‘cannot justify a disproportionate sacrifice of the constitutional principles of representativeness and equality of votes by artificially transforming an electoral list with limited electoral constituency and potentially even very thin constituency into an absolute majority’ (section 9.2).

At the same time, the Court has not stricken down the premium given to the party which gets at least 40% of the actual votes in the first ballot. In that case, conditions of equal competition among political forces are upheld and it does thus not infringe disproportionately upon the principles of representation and equality of votes. The Court argues that fixing the threshold for a jackpot at 40%, is a discretionary political decision which is best left to the legislator rather than the judiciary. At the same time, it retains the power to review in the future whether the introduction of lower thresholds (i.e. lower than 40%) could violate the principle of reasonableness. The Court states clearly that ‘in light of legislative discretion in this subject, this threshold does not seem to be manifestly unreasonable, as it balances the constitutional principles of the necessary political representativeness of the Chamber of Deputies and the equality of votes, on one hand, with the objectives (worth of constitutional protection) of the government’s stability and the rapidity of the decision-making process, on the other hand’ (section 6).

The ruling on the Italicum is slightly different from its 2014 decision, as it puts less emphasis on the need of governability and tailors a system which works de facto according to a proportional logic. In doing so, it restores the balance among political forces after the referendum from December 2016: the popular rejection of the constitutional reform had legitimated the Court to repeal the electoral law. The case was in the end solved in the name of the people (and of the parties which have been the most enthusiastic supporters of the Court).

Ironically, in this case the Court’s decision has been obviously majoritarian, being perfectly in sync with the popular will expressed in the referendum. In the current institutional game, there is only one loser: Parliament. As an institution it is defeated by the people and overcome by judicial activism. Nonetheless, Parliament itself might have a chance to redeem its political capital by approving a new electoral law before next general election. Such a law is actually urgently needed given that the combination of the outcome of the referendum and the unconstitutionality of parts of the Italicum have made the electoral system of the lower Chamber and the Senate quite different – both in terms of electoral logic and of the design of the constituencies. The Court itself rounds off its judgment (section 15.2) with the suggestion: ‘in this context, even though the Constitution does not require the introduction of an identical electoral system for the two chambers of Parliament, it still requires that, in order to avoid the disruption of a functioning form of parliamentary government, both systems will not block the creation of homogeneous parliamentary majorities after the outcome of the election’. In the current political context, it is not going to be easy to find a majority to approve a new electoral law. But it is already quite clear that the logic behind the Italicum has been dismantled by the Court. 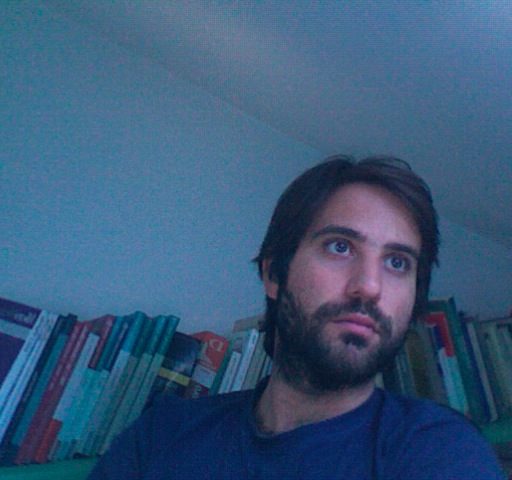