Hong Kong’s Basic Law at 30: A Constitutional Experiment under Stress

On April 4, 2020, the Basic Law of the Hong Kong Special Administrative Region of the People’s Republic of China (HK Basic Law) turned 30. It is the constitutional instrument enacted by the Chinese National People’s Congress (NPC) for the governing of Hong Kong as a Special Administrative Region (SAR) upon the resumption of exercise of sovereignty by China over Hong Kong under China’s ‘One Country, Two Systems’ policy on 1 July 1997. In the ensuing years, the Hong Kong SAR, including its courts, has been and continues to be confronted with many challenges, including those concerned with the implementation of the HK Basic Law. Ultimately, it will depend on the Chinese Central Authorities and the Hong Kong institutions if the HK Basic Law is to remain the centrepiece in the governance of Hong Kong.

In 2019, the Anti-Extradition Law Amendment Bill movement erupted into the widespread protests and civil unrest in Hong Kong. This included the flashpoint of the police force using batons, pepper spray, tear smoke, rubber bullets and bean-bag rounds on protestors surrounding the Hong Kong Legislative Council Complex on 12 June 2019, an invasion by protestors into the chamber of the Hong Kong legislature on 1 July 2019, the defacing of national symbols by protestors at the site of the Liaison Office of the Central People’s Government in Hong Kong on 21 July 2019, the failure of the police force to stop vigilantes beating up passengers at a metro station on 21 July 2019, the action of a squad of riot police beating up passengers at a metro station on 31 August 2019, shootings of a live round by a police officer against a protestor on 1 October 2019 and 11 November 2019, sieges of two university campus in November 2019, and incidents of mass arrests and alleged ill-treatment of arrested persons by the Hong Kong police and of deaths of young persons under unusual circumstances.

An anti-masking regulation was introduced on 4 October 2019 by the Hong Kong Chief Executive under a local legislation dealing with emergencies. Twenty odd members of the Hong Kong legislature went to court to challenge the regulation. The first instance judgment handed down by the Hong Kong High Court declared the anti-masking regulation to be inconsistent with the HK Basic Law. This prompted criticisms from a spokesman of the Legislative Affairs Commission of the Standing Committee of the NPC. Worse, he also asserted that only the Standing Committee itself has the authority to rule whether a law of Hong Kong is consistent with the HK Basic Law, thereby questioning the Hong Kong courts’ practise of judicial review of Hong Kong legislation on the ground of consistency with the HK Basic Law since the Hong Kong SAR was established. The Hong Kong Chief Executive has appealed against the first instance judgment to the Court of Appeal, which is expected to hand down its judgment in April 2020.

The ongoing civil unrest in Hong Kong, as well as the electoral success of candidates adopting platforms supportive of the ‘Five Demands’ of the 2019 Protests in District Council elections held in November 2019, may have already raised serious concerns on the part of the Chinese Central Authorities over potential loss of control in the governance of the Hong Kong SAR, one that the Chinese state media often embellished in terms of ‘a color revolution’. The appointments of new officials to head the two specific agencies of the Chinese State Council overseeing Hong Kong affairs could be regarded as a shift in posture and even policy, bearing in mind that the appointees, namely Xia Baolong and Luo Huining, had held leading positions in the provinces to ‘enforce’ initiatives entrusted by the Party Leadership. The Hong Kong Chief Executive, who, by virtue of Article 43 of the HK Basic Law, heads the Hong Kong SAR, represents the SAR and ‘shall be accountable to the Central People’s Government and the Hong Kong [SAR]’, and by virtue of Article 48 of the HK Basic Law, shall ‘lead the government of [the Hong Kong SAR]’, ‘be responsible for the implementation of [the Basic Law]’ and ‘implement directives issued by the Central People’s Government in respect of the relevant matters provided for in [the Basic Law]’ comes under their supervision and even guidance ‘in accordance with the provisions of [the Basic Law]’.

The Chinese Central Authorities are also likely to pour resources to maintain the dominance of the Hong Kong economic elite and the pro-China political factions in the legislature. The elections for its next term are scheduled to take place in September 2020 and the pro-democracy political factions and other ‘Five Demands’ supporting candidates now seek to ride on the groundswell to capture a simple majority of the legislature.

The Chinese Central Authorities continue to maintain what Zhu Han has described as ‘legal strategies’ over the governance of Hong Kong. These strategies involve the application of ‘legal means’, including mechanisms provided under the HK Basic Law, to maintain control over Hong Kong’s development of its political system and to exclude ‘separatist’ politicians. Another component of these strategies is the promotion of a legal discourse that emphasizes the Central Authorities’ overall jurisdiction in Hong Kong matters by virtue of the Chinese Constitution and the HK Basic Law, with the present state of autonomy of the Hong Kong SAR existing and flourishing by authorisation of the Central Authorities.

Whenever there is a situation in Hong Kong maturing into a dispute involving the HK Basic Law, the Central Authorities are ready and willing to apply the direct instrument of legal control under the Basic Law. This involves the Standing Committee of the NPC, which usually meets every two months, adopting an interpretation of relevant provision(s) to prescribe what shall be done about that situation. The interpretation of the oath-taking provision of the Basic Law by the Standing Committee of the NPC of 7 November 2016 is one such example. It sought to exclude ‘separatist politicians’ not only from taking office but also from standing as candidates in elections, even though the text of the relevant provision, read as a whole, confines the relevant requirements of the substance and manner of the oath of office to the occasion of the taking of office. Also, since this interpretation was adopted when the High Court of Hong Kong had reserved its judgment on the legality of the oaths of assumption of office taken by two elected members of the Hong Kong legislature at the first meeting of its new term, this interpretation effectively pre-empted the independent judgment of the Hong Kong courts.

Whether Hong Kong judges are spiritually equipped to do so is, however, an open question. Two recent episodes of judicial activities may evidence this. The first was a judgment of the Hong Kong Court of Final Appeal where the unanimous court willingly deprived the family, the fundamental group unit of society, of protection of fundamental rights guaranteed under the HK Basic Law for the sake of maintaining strict immigration control. The second was a series of clashes of values between the Hong Kong Court of Final Appeal led by the present Chief Justice, Geoffrey Ma, and the Court of Appeal below (led by Chief Justice Ma’s named successor, Mr Justice Andrew Cheung) on whether and how the courts could give recognition as ‘spouse’ for Hong Kong entitlements and benefits to a partner in a same-sex marriage celebrated outside Hong Kong in accordance with the laws there. Additionally, Andrew Cheung, the next Chief Justice from January 2021, stated in September 2019 that fundamental rights proportionality analysis ought to be adjusted to produce a result that sufficiently takes into account and protects all fundamental rights involved. He did not appear to consider important that the pursuit of this ‘complete picture’ by simplistic judicial balancing could dilute the protection of the rights of all concerned.

Proper administration of justice requires faithful coordination and cooperation of many of its components beyond judges and lawyers. Police and Prosecutorsare obviously essential, too. However, from June 2019 onwards, the Hong Kong population and the international community have witnessed scenes of what appear to be excessive violence and brutality against protestors or civilians on Hong Kong streets by yet to be identified police officers. Public demands for police accountability have exposed the inadequacy of the present statutory watchdog of the police force. Adding to the public frustration is the fact that whilst protestors have been arrested and prosecuted for criminal offences, no police officer has been arrested and prosecuted yet for criminal acts arising from alleged excessive use of force in the purported official conduct.

It takes two to tango for détente

Cora Chan raised the continuing viability of the framework of ‘One Country, Two Systems’, which the HK Basic Law expresses in legal terms. Over the years, the implementation of the HK Basic Law has shown that the Chinese Central Authorities use a constitutional language quite different from the constitutional language used in Hong Kong by, say, the courts. The 2019 Hong Kong Protests have simply underlined the fragility of this ‘constitutional experiment’ of preserving a capitalist economy and society under a socialist nation state.

How the HK Basic Law will continue as the centrepiece in the governance of Hong Kong depends on the will of the Hong Kong local institutions to maintain the capitalist system and liberal values that have contributed to Hong Kong’s success and resilience. The pro-democracy political factions are currently counting on seizing the constitutional initiative with a simple majority in the legislature in 2020, so as to progress towards seizing a substantial portion of the electoral college that selects the Hong Kong Chief Executive in 2022. These aspirations, however, are anathema to Leninist minds disturbed by the recent internationalisation of the Hong Kong Question. Prospects of détente, say, through grant of more political autonomy to Hong Kong by the Chinese Central Authorities, as Chan suggested, are slim.

Other posts about this region:
China, Hong Kong 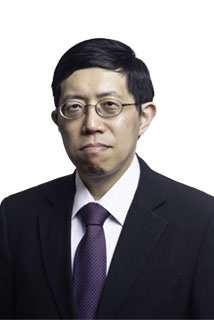 Pui-yin Lo Dr. Pui-yin Lo is a barrister in private practice in Hong Kong and a Visiting Fellow of the Centre for Chinese Law of the Faculty of Law of the University of Hong Kong.

Other posts about this region:
China, Hong Kong No Comments Join the discussion
pixel_not_set
Go to Top