How About an Anthropological Critique of Value?

What does an anthropological critique of value require? And what is the use, and challenge, of asking this question in relation to the law? The idea of ‘critique’ refers here to a frontal questioning of the notion of value, not to a contribution to a theory thereof: calling it ‘anthropological’ entails a focus on the constitution of meaning, with ‘value’ understood as a key cultural parameter of economic life, best expressed today in the imperatives of finance.

Requirements for an anthropological critique of value

One first requirement would be to consider value as a vernacular concept, not as analytical category. A vernacular concept that is to be found at work in mundane situations in which particular states of affairs are justified or criticized. The concept appears to be at work, notably, in situations in which something is said to be wrong with a price (a price that is considered to be too high, as in a so-called bubble, or too low, as in a crash or in the case of a so-called ‘depressed asset’), the notion of a right, true, accurate value being invoked there in order to criticize that price. A vernacular concept of value appears also to be at work in the scientific-normative narratives of political economy, for instance in those that aim at spotting contradictions between one particular economic process and what ‘value’ should really be about (or, on the contrary, at justifying an economic process by demonstrating that it reflects value perfectly well). A second requirement for such an anthropological critique of value would be to consider how this vernacular concept operates, in particular historical settings, as a political technology, in the sense put forward by Michel Foucault. In this capacity, two related vectors of analysis come into play: vernacular theories of value are vindicated in terms of truth and accuracy (‘véridiction’, in Foucauldian parlance), while they are set to work in the form of dispositions, techniques, measures and rules that determine what should be done and how (‘gouvernementalité’).

This approach suits finance quite aptly, especially insofar as finance itself represents the emergence and consolidation of a political technology associated with a particular idea of value. In finance, the notion of value (or ‘value creation’, as the vernaculars of financial reasoning have it) is conceived of as stemming from an investment perspective: a perspective that locates the realization of value in the future (‘return on investment’), but a future deemed uncertain, with the risks surrounding the yield requiring the discounting of time. Notions of ‘discounted cash flow’, ‘net present value’ and ‘cost of capital’ populate this worldview as ways to determine what true value (known as ‘fundamental value’) ought to be about, from the perspective of a free investor, stated sometimes, in the jargon of financial analysis proper, as a critique of actual states of opinion in the market at present (‘speculative value’). Embedded thus in financial analysis, as well as corporate finance and capital budgeting – and in doctrines of shareholder primacy, priorities in circuits of credit and conceptions of public finance, etc. – this notion of value functions, accordingly, as an instrument and criterion for the determination of what should be done and how, and of what should exist (i.e. receive investment) or not.

This, in a nutshell, is the particular possibility for anthropological critique of value advocated here: to take ‘value’ not as an analytical concept, the improvement of which anthropological inquiry should endeavor to contribute to, but as the operational language of a political technology that ought to be scrutinized. The critical stance is not about formulating a moral or scientific judgement about the fairness or accuracy of that concept. Rather about examining the conditions in which the particular notion of value makes sense – or not – and about inspecting the social order – or disorder – to which it gives form.

Within such perspective, it is particularly important to pay critical attention to the performative capacities of the professional rules and expert techniques that make things ‘fit’ for the purposes of this political technology. Attention is often directed in this vein towards the crafts of capital accounting and financial valuation. These do indeed constitute the prime engines for the transformation of all kinds of things into assets whose value ought to be envisaged from an investment perspective. But current debates on the constitutive power of the law are pointing usefully towards the primacy of that other form of expertise in the ‘coding’ of things (to use a metaphor recently put forward by Katharina Pistor) into the language of financial valuation. The crafts of financial accounting might set up the ‘code’, but its enforcement is certainly a matter of legal work.

An anthropological critique of value may then find a most necessary fuel in the historical anthropology of ‘the operations of the law’ advocated by authors such as Yan Thomas. The ‘value of things’ emanates primarily, within that perspective, from juristic artifice – the case of Roman Law being the one favored by Thomas in his particular approach to the institution of value. Or, in other words: within the craft of legal articulation lies the generative source of the categories of economic life. This is perfectly consistent with a perspective that aims at elucidating the constitutive power of legal language. The task for an anthropological critique of value would then be to examine the different conditions through which particular doctrines of valuation populate legal production.

Such perspective finds in contemporary finance a most intense anthropological challenge. Legal reasoning is increasingly colonized by financial expertise and, more specifically, by doctrines of investor protection, often justified by an urge to embed the law into some form of economic realism. A salient example of this shift is the tendency exhibited by courts to find in techniques such as ‘discounted cash flow’ a key vehicle to navigate valuation disputes. The ‘Law and Finance’ movement epitomizes this move towards the juristic encoding of financial political technology. True, the scientific-normative narrative of political economy can usefully intervene here through, say, a review of the value metrics that allow gauging investor protection, or a call for alternative views on value creation that would consider also the protection of other parties whose rights may have been neglected from that perspective. The view defended here is different, though. It is about establishing distance from the vernaculars of value creation to examine how legal imagination and legal practice are permeated by and reproduce a worldview that situates the power to order social reality in the hands of financial expertise. Can an anthropological critique of value be of any use to lawyers? Well, it can perhaps help bracketing that dependency, and so support lawyers with their emancipation from concepts that may stifle the constitutive potentials of legal imagination. 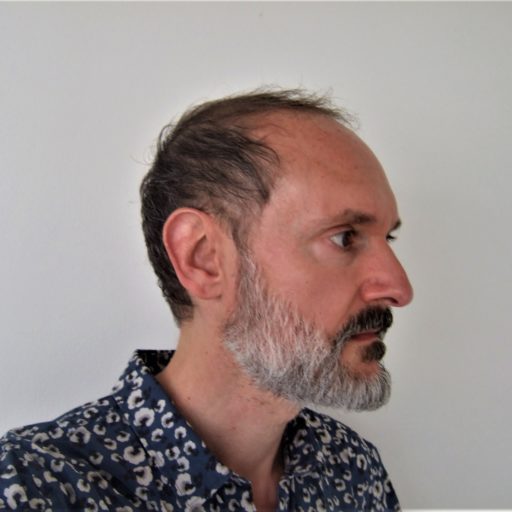