Seeing just how assertive Strasbourg can be in administering justice is of great interest for another reason as well – after the experience of Hungary and others, the European Union is also faced with the question as to the extent to which it can independently guarantee sufficient protection of fundamental rights. The political-sanction process provided for by Article 7 of the Treaty on European Union seems not to be functioning. Many want to involve the European Court of Justice so as to more effectively protect the fundamental rights of its European Union citizenry. But in any event the European Union is dependent on the assertiveness of Strasbourg’s administration of justice; or in other words, it requires an “extreme input.”

This past weekend in Göttingen’s Paulinerkirche a discussion on reform of the Strasbourg system was hosted by the European Court of Human Rights judge Mark E. Villiger and Anja Seibert-Fohr, a professor in Göttingen and member of the United Nations’ Human Rights Committee. Under the rubric “Judgments of the European Court of Human Rights – Effects and Implementation,” a transnational perspective was brought to bear in discussing ways of improving the interplay between the administration of justice and its implementation within individual states.

The conference derived its particular appeal from its list of speakers. There were legal scholars and practitioners, supreme-court judges from a number of member-states, and five acting members of the European Court of Human Rights. And the British perspective was also heard. This constellation sometimes led to a naked judicial dialogue regarding “good” and “bad” judgments. Can one really term implementation of the European Court of Human Rights’ jurisdiction with respect to German preventive detention as “cooperation at its best”? Opinions varied.

Much attention was focused on to what degree the European Court of Human Rights can oblige censured states to undertake concrete measures. In principle its judgments are not directly constitutive, but recently the court has increasingly stipulated in what way a state should smooth away any violations of the European Convention on Human Rights. As long as this concerns a systematic and structural deficit, the European Court of Human Rights challenges the certain member-state to go beyond the individual case and solve the underlying problem. It is in this way that parallel procedures are to be avoided.

In his opening address, Dean Spielmann, President of the European Court of Human Rights, declared this jurisprudential line to be thoroughly innovative while also emphasizing that the so-called pilot process is merely a guide and was thus in accord with the subsidiary principle. From the political side there were generally positive reactions. Other participants pointed out that the Declaration of Brighton also emphasized the freedom of choice of the member-states, how they wished to meet their obligations as put down in the convention.

In terms of the role of national courts, the key phrase “legal opinion” was at the center of the discussion. The supreme courts of the member-states will be able to call upon the European Court of Human Rights to solicit such opinions as soon as the 16th supplementary protocol becomes effective. The process was judged positively insofar as it concerns delicate questions that will have a political impact. But there was criticism here too: Are not such advisory opinions less binding with respect to Article 46 of the European Convention on Human Rights than are judgments? In the future, will identical cases of dispute be twice brought before the European Court of Human Rights and thereby pose additional burdens?

Villiger faced down such scepticism. The European Court of Human Rights will not be deciding abstract points of law but rather based on the relevant documents on file. There is an obvious parallel here to the preliminary-ruling process of the European Court of Justice, whose success is also owing to the fact that in its administration of justice no practical distinction is made between abstract interpretation and concrete application of a contract. Of course it is an entirely different matter as to whether the supreme courts of member-states will make use of advisory legal opinions. Villiger compared these advisory opinions with a product in the supermarket – the question was whether it would be bought by the supreme courts of the member-states. The European Court of Human Rights will in any event be readied in this matter.

It was primarily in discussion of the role of the subsidiary principle that deep-seated differences in opinion regarding the task of the European Court of Human Rights became most evident. “Subsidiarity” was brought to the fore of the reform process at the conference in Brighton through British chairmanship of the Committee of Ministers. It was by dint of the 15th supplementary protocol that the subsidiary principle was to be expressly enshrined in the preamble of the European Convention on Human Rights. John Laws, Lord Justice of the Court of Appeals for England and Wales, raised the key question informing the British initiative – “Are human rights undemocratic?” To illustrate his point he cited John Dunn: “The idea of justice and the idea of democracy fit very precariously together.” Others argued that human rights should be understood as minority rights.

In terms of those “political” human rights of articles 8 through 12 of the European Human Rights Convention, Laws was critical of the European Court of Human Rights’ tendency to be increasingly active at the expense of politics. He also reproached the court for having darkened the door of politics in Rs. Greens and M. T. vs. UK, whereas Spielmann had earlier expressed his “deep anxiety” that this judgment was insufficiently implemented.

DOWNLOAD PDF
LICENSED UNDER CC BY NC ND
SUGGESTED CITATION  Delfs, Hauke: How the ECtHR and National Courts Can Work Together to Improve the Protection of Human Rights, VerfBlog, 2013/9/24, https://verfassungsblog.de/how-the-ecthr-and-national-courts-can-work-together-to-improve-the-protection-of-human-rights/, DOI: 10.17176/20170302-180353. 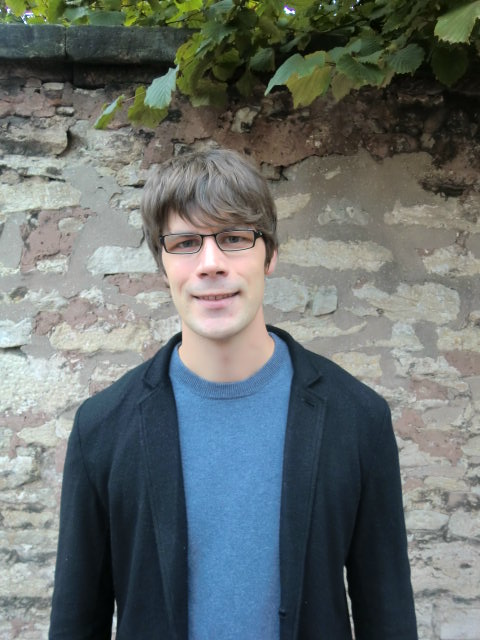 Hauke Delfs Hauke Delfs ist wissenschaftlicher Mitarbeiter am Lehrstuhl für Europarecht (Prof. Dr. Frank Schorkopf) an der Georg-August-Universität Göttingen.
Other posts about this region:
Deutschland No Comments Join the discussion
to receive information about new articles and services of Verfassungsblog.de. I know that I may withdraw my consent at any time. More information in the privacy policy.
Verfassungsblog complies with the new GDPR.
Read about it in our Privacy Policy. I opt-out
permanently of anonymized tracking via Google Analytics on Verfasssungsblog.de. This will create a cookie on your device to save your decision.
Nach oben