Human Dignity for Good Hungarians Only

The Constitutional Court’s Decision on the Criminalization of Homelessness

On 4 June 2019 the packed Constitutional Court of Hungary issued an astonishingly inhuman decision: The criminalization and eventual imprisonment of homeless people, the Court declared, is in line with the 2011 Fundamental Law of Hungary. According to the majority, “ (…) nobody has the right to poverty and homelessness, this condition is not part of the right to human dignity.”

In the 2011 Fundamental Law of the ‘national cooperation’ enacted by Viktor Orbán’s Fidesz party without any contribution of either other parliamentary parties or civil society organizations, social security does not appear as a fundamental right, but merely as something the state ‘shall strive’ for. In the case law of the Constitutional Court packed by Fidesz, dignity supported social solidarity got lost.

One of the issues contradicting the principle of dignity and societal solidarity, humanity in wider sense, is the criminalization of homelessness. In 2012, the Misdemeanour Act was amended to criminalize people living at public areas permanently. The not yet fully packed Constitutional Court (decision 38/2012. (XI. 14.) AB) stated that the punishment of unavoidable living in a public area fails to meet the requirement of the protection of human dignity. To reverse this declaration of unconstitutionality, in 2013 the Fourth Amendment to the Fundamental Law authorized both the national legislature and local governments to declare homelessness unlawful in order to protect ’public order, public security, public health and cultural values’. The Seventh Amendment to the Fundamental Law enacted in 2018 went even further by altering the text of the constitution as follows: ‘Using a public space as a habitual dwelling shall be prohibited.’ After the Seventh Amendment the Misdemeanour Act was also modified and introduced the regulatory offence of habitual dwelling on a public place accompanied with a humiliating procedure: police officers are empowered to order homeless people into shelters and can arrest them if they disobey after being ordered three times in a 90-day period. Punishments include jail, community service and their possessions being destroyed (also pets taken away). Five judges from different courts of first instance challenged this piece of legislation before the Constitutional Court from October 2018 and in the following months, stating that the new regulation infringes human dignity, legal certainty, right to fair trial and personal liberty etc.

What the Constitutional Court decided

The Constitutional Court declares that the criminalization and imprisonment of homeless people is not unconstitutional. According to the majority people living in need or at streets shall not be protected by the right to human dignity nor do they share the value of equal dignity. Nine constitutional court justices1)) think that homeless persons shall be punished if they do not cooperate with the state – by which they were left behind earlier, when the same state missed to fulfil its obligation for social care. These justices state that the enjoyment of fundamental rights is dependent on the fulfilment of constitutional duties of the person, which characterised the state-socialist (i.e. totalitarian) rights regime before 1989. The majority holds that, “according to the Fundamental Law, human dignity is the dignity of an individual living in a society and bearing the responsibility of social co-existence.”

The two direct antecedents of this decision by the Orbánite Court was decision 22/2016 (XII. 5.) AB2), which rubberstamped the government’s anti-migration legislation after the 2015 refugee crisis against the EU’s relocation scheme on the basis of Hungary’s „constitutional identity“, and decision 3/2019. (III.7.) AB about the constitutionality of certain elements of the so called „Stop Soros“ legislative package criminalizing NGOs providing legal aid for asylum-seekers, ruling that the criminalization of ’facilitating illegal immigration’ does not violate the Fundamental Law.3)

With this case law, the newly elected justices loyal to the government establish the misuse of solidarity, in a complete disruption with the dignity interpretation of the first Constitutional Court presided by László Sólyom, the core of which was that a person’s dignity is inviolable irrespective of development, conditions, or fulfilment of human potential. Based on these most important fundamental rights which formed the foundation of a person’s legal status, the former Constitution did not permit the revocation or restriction of any part of the legal position already attained by a human being. In the early 1990s the Court established its concept of human dignity as a ‘mother right’, a subsidiary of all rights in defence of individual autonomy, such as self-identity, self-determination as part of the ‘general right of the individual’. The Hungarian judges first carefully chose the German model as suitable and then instrumentalized it through a very activist interpretation of the Hungarian constitution. On that basis, the Court developed its own, autonomous concept of human dignity.4) The Constitutional Court in the mid 1990’s even stroke down austerity measures for the protection of social rights closely tying them to the protection of equal human dignity. In other words, the Constitutional Court in the first decade of its practice5) has strongly committed itself to the protection of human dignity and this way guaranteed a higher profile for solidarity with the needy. The most recent, as well as the two previous judgments are a radical break with the concept of human dignity, a core European value.

The illiberal political and constitutional turn in Hungary of the last decade shows what happens if a packed Constitutional Court becomes the servant of an authoritarian, non-solidary governmental societal policy. The recent case law of the Hungarian Constitutional Court reaffirms the initial concerns, that solidarity supported by human dignity got lost in illiberal transition. Vulnerable groups – people living in deep poverty, homeless people, refugees – cannot rely on the protection of their dignity. In a deeply divided and disunited, non-solidary society – such as the Hungarian –, where the government with its media monopoly is able to trigger hostility towards those groups, and where all other internal checks and balances are dismantled, it would be extremely important that the European Union were able to enforce solidarity and human dignity referred to in Article 2 TEU. But so far all EU institutions have proven incapable and/or unwilling of enforcing compliance with these and other core European values in Hungary, which resulted in the unacceptable situation that refugees or homeless people, just because they seek for asylum or can’t afford a home respectively, can be imprisoned and deprived of the core of human dignity, the right to have rights in a Member State of the European Union. 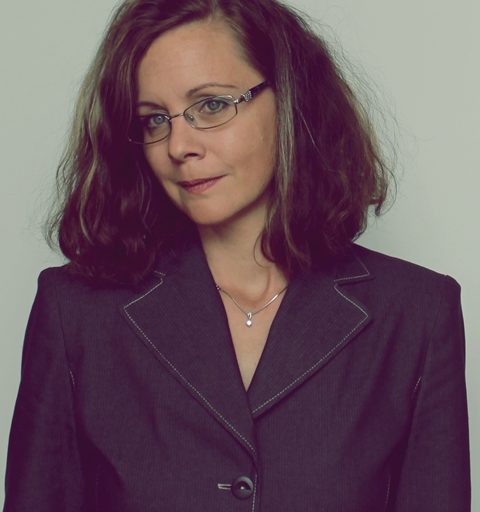 Nóra Chronowski Nóra Chronowski is a Professor of Constitutional Law and Senior Researcher at the Institute for Legal Studies, Centre for Social Sciences, Budapest, Hungary.

Gábor Halmai Gábor Halmai is a Professor of Comparative Constitutional Law at the European University Institute (EUI) in Florence.

Other posts about this region:
English Articles, Ungarn 2 comments Join the discussion
Go to Top