Enforcement is the central challenge in anti-corruption law. Ironically, in many societies the problem is that there are too many enforcement agencies rather than too few, mainly because those agencies’ actions are poorly coordinated. Solving this problem is difficult because there are both pros and cons associated with encouraging coordination across anti-corruption enforcement agencies, and the balance among the competing considerations depends heavily on the context. Moreover, changes in the structure of an anti-corruption enforcement regime often implicate deep questions of constitutional design. Nonetheless, given the threat that corruption poses to effective governance, solving this problem ought to be a high priority.

In the early years of the twentieth century, Brazil’s anti-corruption agencies developed an intriguing response to this conundrum. They embraced what I and my co-authors, Guillermo Jorge and Maíra Machado, call institutional modularity, an institutional design in which agencies are able but not required to coordinate with one another. It is unclear though whether this approach is viable outside of Brazil. That is the topic of the article we contributed to World Comparative Law’s  Special Issue on corruption.

Once upon a time, international best practices called for integrated anti-corruption enforcement. In this model, a single agency is responsible for each stage in the enforcement process, that is to say, monitoring, investigation, adjudication (which includes prosecution, defense and decisionmaking), imposition of sanctions, and publicity. In many countries, however, anti-corruption law is characterized by institutional multiplicity. This means that multiple institutions in the same legal system have the authority to respond to a case of corruption. For instance, in many legal systems, the same corrupt act may be subject to administrative, civil, or criminal sanctions, and several distinct institutions, both local and foreign, may enforce those sanctions.

The implications of institutional multiplicity depend on the extent to which agencies with overlapping authority coordinate their activities, or in other words, work together to achieve common objectives. Coordination has both advantages and disadvantages. It can ensure that defendants are not subject to double jeopardy and disproportionate sanctions; it can avoid inefficient duplication of effort; it by definition implies that agencies have found a way to reconcile conflicting objectives; and, it can ensure that tasks are allocated to the agencies with greatest capacity to complete them successfully. At the same time, coordination can entail costly negotiation and dialogue; it can blur lines of accountability; and it can stifle experimentation and competition, which can be particularly troubling when enforcement agencies themselves run the risk of being captured or corrupted.

Institutional modularity allows agencies to choose between coordination and independence on a case-by-case basis rather than making an all-or-nothing choice. So, for example, in a modular system, civil, administrative, and criminal agencies can operate independently for most purposes but combine to form multi-agency task forces to undertake particularly complex operations.

We call this kind of system a modular one because for any given function it relies on multiple functionally interchangeable units (modules) that are capable of operating either independently or in combination with one another. In the business context, modular organizational design has been recognized as a way of capturing the benefits of coordination while reducing communication costs and preserving flexibility. In principle, modularity should have the same implications in public sector organizations such as anti-corruption enforcement agencies.

Our article summarizes the results of separate studies of anti-corruption enforcement in six South American countries: Argentina, Bolivia, Brazil, Colombia, Paraguay, and Peru. Each study involved documentary research, formal interviews and informal conversations with public officials and law enforcement authorities. The studies were completed in 2015. The aim was to capture not just the formal rules governing enforcement but also the informal norms and practices. Crucially, rather than focusing on a single anti-corruption agency we aimed to cover all of the institutions involved in enforcing anti-corruption norms. For practical reasons though, we only covered institutions operating at the national level. This is an important limitation because in many countries subnational institutions played critical roles in anti-corruption enforcement.

One of the most striking revelations from this project was the extent of institutional multiplicity. The sheer number of agencies that play a role in enforcing anti-corruption norms in these countries was staggering. Also noteworthy was the fact that some of the agencies fell outside the conventional tripartite division of powers. These are the key findings of our comparative assessment:

Although our country studies revealed widespread institutional multiplicity, we found few instances of institutional modularity outside of Brazil. Our search focused on examples of both coordination and coordination mechanisms, the latter being defined as any mechanism that enabled coordination among agencies or units performing the same function. Examples of coordination mechanisms include: common databases; interagency task forces, units charged with facilitating interagency coordination; rules on sharing evidence among prosecutors working on civil, criminal, or administrative proceedings; principles such as ne bis in idem that determine the priority of decisions in various types of proceedings; and rules for adjusting sanctions to reflect sanctions imposed by other bodies. We found few examples of effective coordination mechanisms of these sorts in Brazil’s neighboring countries.

The reasons for the absence of institutional modularity varied from country to country. One country, Peru, had opted for an integrated model of anti-corruption enforcement. In other countries, political factors or resource constraints appeared to hamper coordination. Brazil was unique in having multiple anti-corruption institutions and a depoliticized, meritocratic, relatively well-resourced bureaucracy.

Ultimately, therefore, this project revealed the extent to which design of public institutions is influenced and constrained by local conditions, a lesson that holds beyond the field of anti-corruption law. 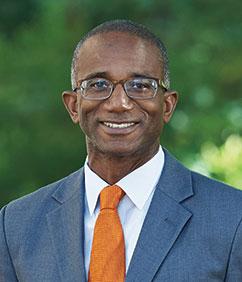 Kevin Davis Kevin Davis is the Beller Family Professor of Business Law at New York University School of Law. His recent publications include Between Impunity and Imperialism: The Regulation of Transnational Bribery.