In an attempt to flatten the COVID-19 curve and slow or stop its transmission, national governments around the world have suspended people’s freedom of movement, placed restrictions on freedom of information, and closed schools, businesses and places of worship all in the name of public safety. In some – but crucially not all – countries, these changes have been contained within national states of emergency. “States of exception,” as they are also called, provide governments the necessary flexibility to fulfill their chief mission: protecting the nation.

However, as has been highlighted by other contributors to this Symposium, emergency decrees have already been used to achieve political ambitions beyond addressing COVID-19 in places like Hungary or Bulgaria. While states bear the responsibility of protecting their nations, modern day international human rights law is designed precisely to protect people from governments that abuse their powers. What limits does international human rights law impose on governments during emergencies? Can they be enforced? And how does COVID-19 fit in these conceptualizations?

Derogating from International Human Rights Law during States of Emergency

Since its signature in 1948, the Universal Declaration of Human Rights has served as the foundation for over a dozen universal and regional treaties enshrining individual human rights. Four of these treaties have derogation clauses, which legally permit temporarily suspending the enshrined rights during national emergencies. The International Covenant on Civil and Political Rights (“ICCPR”) signed 1966 (in force 1976) is the universal version with 173 parties globally and six additional signatories. Regionally, the American Convention on Human Rights (“ACHR,” signed 1969, in force 1978) compounds these universal commitments for 24 states in the western hemisphere today, while the European Convention on Human Rights (“ECHR,” signed 1950 in force 1953) does the same for 47 states, and the European Social Charter (“ESC,” revised 1996, in force 1999) for 34 European countries.

While acknowledging that national emergencies require flexibility, the ICCPR (Article 4(2)), ECHR (Article 15(2)), and ACHR (Article 27(2)) derogation clauses specify certain rights that are non-derogable at any time:

All other rights enshrined in these charters and the entire ESC (see Article F) may be derogated during emergencies if the exigent situation demands such actions.

Emergencies, though, are in the eye of the beholder. Like many constitutions, international human rights law does not provide an exhaustive list. The ICCPR (Article 4(1)) simply refers to “time(s) of public emergency,” the ECHR (Article 15(1)) and ESC (Article F(1)) to that plus war, and the ACHR (Article 27(1)) to these as well as “public danger.” The ICCPR, ECHR, and ESC understand emergencies threaten “the life of the nation,” while the ACHR describes a threat against “the independence or security of a State.” In the end, it is up to national governments to decide if and when these threats exist. Once proclaimed, they may temporarily limit any derogable rights.

Derogations should meet a few criteria. They should: be proportionate to the crisis; be necessary for protecting the nation and responding to the threat; not discriminate on the basis of race, color, sex, language, religion, or social origin; remain compatible with the state’s other international law obligations; and last only as long as necessary (ICCPR Article 4(1), ACHR Article 27(1), ECHR Article 15(1), ESC Article F(1)). Besides that, a derogation’s form and extent are also open to the national government’s interpretation.

When a signatory state suspends rights during a crisis, they are obligated to inform the relevant international body at least twice (ICCPR Article 4(3), ACHR Article 27(3), ECHR Article 15(3), ESC Article F(2)). The initial notice should include:

The ACHR also requires the government to provide the “set date for the termination of each suspension” in the initial notice, since states of emergencies are supposed to be temporary diversions. The ECHR, ESC, and ICCPR do not request an estimated expiration, but they do require a subsequent notice alerting the organization that the situation no longer poses an existential threat and the state’s legal commitments to individual rights have been restored. In practice, governments that prolong or amend their states of emergency may also update the relevant secretariat after the initial notice is given.

Problematically, none of these treaties specifies how soon after a state of emergency is declared the organization needs to be informed. It is, therefore, not surprising that some governments never notify the relevant bodies at all, as was the case with Egypt’s state of emergency in 2017, or send notice several weeks after the state of emergency is in place as Turkey did after the 2016 attempted coup d’état. To make matters worse, there are no explicit negative consequences for failing to formally report a state of emergency. There is also no stipulated timeframe for restoring citizens’ rights at a crisis’s conclusion.

In sum, international human rights law has very little to say about defining crisis situations, and only limited restrictions on the means. At present, this means national governments are able to unilaterally decide whether COVID-19 constitutes a threat to the nation requiring emergency government, and, once they have, international human rights law permits limiting any rights except for those deemed non-derogable.

Countries that have not declared states of emergency to handle the COVID-19 pandemic can still legally limit individual rights under international human rights law. The ESC permits restrictions on any rights for public health (Article G(1)). The ICCPR, ACHR, ACHR, and African Charter on Human and People’s Rights (“ACHPR”) permit the following restrictions for public health protection:

Unlike derogation clauses, these limitations are not explicitly time constrained. Simultaneously, there is an impetus in some of these treaties to take extra measures to protect public health. A counterpart to the ICCPR, the International Covenant of Economic, Social, and Cultural Rights, specifically mandates signatory governments protect the public from epidemic diseases (Article 12(2)c), as does the ESC (Article 11(3)). The ACHPR also requires signatories “protect the health of their people” (Article 16(21)). This tension introduces a unique problem: in an effort to protect health, governments could theoretically permanently suspend some international-recognized human rights.

Combining these preemptive commitments and permissive conditions creates additional opportunities for governments to combat COVID-19 without declaring an emergency. It also invites abuse. Together, this means all government responses to COVID-19 should be closely monitored for proportionality, necessity, and retraction of measures once the crisis is under control – not only the emergency decrees.

An emergency’s legitimacy and the proportionality of restrictions can be challenged two ways at the international level: international courts and active monitoring.

Violations under the ICCPR and ECHR can be brought to the respective courts by individual claimants. An optional protocol to the ICCPR, currently ratified by 116 states and signed by an additional three, grants individuals in any signatory state the right to address the Human Rights Committee (also established under the ICCPR) about violations of their rights under the ICCPR. However, these individuals need to show they have exhausted all domestic remedies before their challenge will be reviewed by the Committee, and, as it is not a court, the Committee’s response options are limited. The European Court of Human Rights also can be directly addressed by individuals who have exhausted domestic remedies, though only since 1998 (Protocol 11, Articles 34-35). The European Court of Human Rights has historically been asked to judge whether a given situation constituted a threat to the nation. The Court has confirmed states of emergency were warranted, for example, in Lawless v. Ireland (1961), Brannigan and McBride v. the United Kingdom (1993), and Aksoy v. Turkey (1996).

The American Court of Human Rights only hears cases brought to the Inter-American Commission on Human Rights first; no individual has standing before the Court except through the Commission.

State parties to the conventions do have standing before both Courts and the Committee. Thus, individual countries could file complaints of another country’s state of emergency violating the convention. For example, in Ireland v. the United Kingdom (1978), the European Court of Human Rights confirmed the presence of an emergency under Article 15 of the ECHR, which they said justified extrajudicial deprivation of liberty.

The problem with these juridical approaches boils down to expediency. Given that domestic remedies have to be exhausted under the ECHR and ICCPR and the lengths of time accused governments have to respond to either court or committee, this option hardly rises to the challenge of addressing abuses of rights under states of emergency. Even relaxing the domestic remedies requirement would not meaningfully shorten the process.

Alternatively, monitoring is the most common method for international bodies to enforce human rights. Compliance with the ICCPR is monitored annually by the Human Rights Committee, as the ACHR is monitored by the Inter-American Commission on Human Rights. Human rights within the Council of Europe’s member states are monitored by the Commissioner for Human Rights, the Secretary General, and a variety of other entities. Most monitoring practices are determined within these bodies and the wider organization, but some non-governmental actors have sought to contribute to these discussions. For instance, in 1986, the International Law Association’s committee on enforcement of human rights produced a framework for critically evaluating actions taken under the guise of states of emergency called the Queensland Guidelines for Bodies Monitoring Respect for Human Rights During States of Emergency; a subsequent committee is currently assessing this very topic.

While monitors can outpace judicial actors, they have very few punitive tools if a serious violation is found. The modus operandi for monitors is to call attention to a problem and “name and shame” the actors. This response might raise more alarm bells, but cannot directly halt any ongoing abuse.

In his contribution to this Symposium, David Dyzenhaus called for a rethinking of global legal norms pertaining to public health pandemics.

One potential change is conceptual. Each time a new threat emerges, the definition of an “emergency” irrevocably stretches, as was observed post 9/11. We might, therefore, see public health pandemics included as legitimate grounds for derogations under states of emergency. Public health derogations would, importantly, then become subject to the proportionality criterion and be expressly temporary. However, since states can already legally limit some rights in these cases, this change might invite more abuse rather than provide necessary flexibility to address crises. We should only advocate this conceptual stretching if there are indeed other rights besides those listed in section 2 that need to be derogable during pandemics in the interest of public welfare.

Instead of conceptual rethinking, we can reconsider enforcement. Unilateral or multilateral economic or political sanctions on governments that are abusing their states of emergency would certainly get people’s attention. These measures are sometimes effective in non-emergent situations. However, sanctions can hardly be justified nor would they likely be complied with during a true public health pandemic – especially one like COVID-19, which has catalyzed one of the largest global economic recessions in modern history. This approach would quickly instigate long-term public backlash as people continue to suffer.

Rather than coercion, improved collaboration is a viable answer. Here we should pause before reinventing the wheel. We already have an international body that focuses explicitly on combatting international health emergencies through coordination and collaboration: the World Health Organization. At present, the WHO is funded by a combination of assessed and voluntary contributions. Voluntary contributions are typically earmarked for specific projects, but these preconditions could feasibly be loosened during pandemics. Greater oversight and investment during non-pandemic times can also promise a better reaction to the next crisis. The WHO’s work could be supplemented – though should not be duplicated – by regional bodies by expanding inter-agency relationships. Overhauling and improving an existing body is preferred to starting again from nothing. Perhaps unsatisfactorily, this is not an immediate solution to COVID-19, but you can’t put out the fire from inside the house. In the aftermath of this crisis, real institutional reform will be necessary – and may actually be possible. 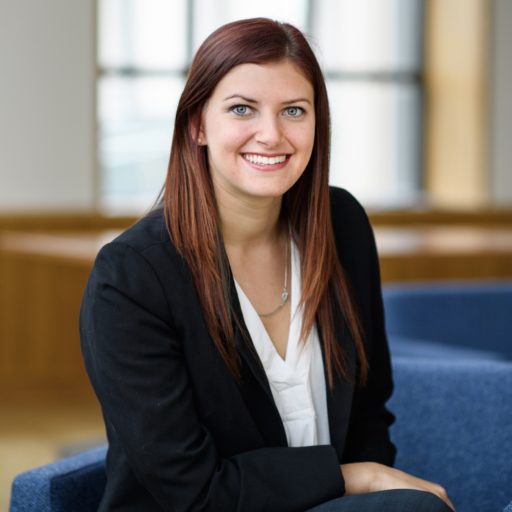 Cassandra V. Emmons Cassandra Emmons is a postdoctoral fellow with the Weatherhead Center for International Affairs' Research Cluster on Regions in a Multipolar World at Harvard University.