This mini-symposium is a joint project between the editors of the Verfassungsblog and the editors of I-Connect. We have brought together a number of prominent scholars, working on different issues, approaches, and regions of the world, and invite contributions by others, to tackle a pressing issue: the importance of populism for comparative constitutional law. Scholars of certain countries and regions, such as Latin America, have long been attuned to this issue. But recent events have made it a central concern for countries long thought relatively immune to its challenges, both in North America and Europe. The challenge of populism is thus ripe for Global South-Global North dialogue, perhaps indeed with the rich experiences of the Global South serving as a major source of ideas for the north.

This brief introduction highlights several of the major themes examined by the posts in the symposium: the nature of the challenge posed by populism to constitutionalism, the extent to which constitutional design gives us answers to this threat, and the ability of judges in particular to act as a counterweight to populist pressures. We take these issues in turn, giving a brief overview of the contributions themselves in the course of that.

Much less clear is whether populism also serves as something of an opportunity for constitutionalists. Pro-Trump forces in the United States sometimes compare his presidency to a process of “creative destruction”: while destabilizing and occasionally harmful, the end result will be to sweep away institutional corruption and sclerosis and to create new, more productive pathways for democratic politics. Both recent scholarship and posts in this symposium suggest great skepticism about this view. Experience suggests that when liberal democratic constitutions are attacked, what replaces them is usually not newer, better institutions but instead formal and informal arrangements that erode the liberal or democratic nature of the polity. Moreover, these arrangements themselves often prove to be quite durable indeed. Perhaps much more modestly, we might at least say that populism gives scholars of comparative constitutional law a fresh chance to emphasize issues – such as socioeconomic equality and popular participation – that might ameliorate or respond to the populist threat.

Some of the contributions to this symposium touch on this core issue of how constitutional design might respond to the threat posed by populism. In general, they suggest two kinds of responses: one is to use courts or other constitutional tools as a form of resistance against populist pressures, while the other is to respond to the root popular impulses that lead citizens to choose populist leaders.

The first path is now fairly well-trodden but no easy feat to pull off. Constitutions can, of course, create institutions to control corrosive popular pressures such as those associated with popular leaders. Indeed, the consensus associated with Kim Lane Scheppele and others is that constitutional courts are critical but no longer sufficient: constitutions need a range of specialized independent institutions to ensure the integrity of elections, cleanse corruption, and hold elected leaders to account.1) Populists pose a distinct challenge to these institutions because they often seek to undermine or delegitimize them. In this sense, even a “good” design is not necessarily sufficient protection. The example of Hungary is again instructive, where the Fidesz party used a combination of constitutional change, new statutes, and informal mechanism to pack or defang independent accountability institutions including not only the Constitutional Court but also other ombudspersons and commissions.

The stock answer to this point, of course, is that softer variables like “constitutional culture” also play a substantial role in protecting liberal democratic constitutions. The re-emergence of populism in established constitutional democracies seems to challenge this impulse. Time will tell whether, for example, the deeply ingrained culture of U.S. constitutionalism actually serves as a form of protection against potential threats to courts and other institutions posed by the Trump presidency, or instead whether the relative absence of independent checking institutions in the federal U.S. constitution – such as an independent electoral court or commission – actually makes it particularly vulnerable.

A second kind of response seeks not simply to resist populism, but to deal with its root causes. In this sense, for example, populism potentially shines light on projects that seek to make socioeconomic equality and protection against the economic forces of globalization central to constitutional design, or that aim to increase popular participation in political decision-making. This route is bound to be a fruitful line of inquiry. These issues have long been important in the “Global South”, whose experiences suggest both the promise and limitations of some of these strategies. Socioeconomic rights, for example, have been robustly enforced in parts of the world, but existing scholarship is often ambiguous about whether these rights improve outcomes or act as an effective buffer against the negative effects of globalization.

Many of the posts in this symposium focus on the extent to which courts might be a key actor guarding against populist threats to constitutionalism. Another interesting line of inquiry some contributions follow is what happens when courts themselves turn “populist” by focusing on public approval as the gauge for their action. Connecting the two inquiries, some authors ask if judicial populism represents a viable strategy to contain populist threats to constitutionalism.

With regard to the first question, the dominant view seems to evince some justified skepticism on this point, along with some grounds for optimism. Those relying on courts as the exclusive or perhaps even major bulwark against populists are likely to be disappointed. Most obviously, head-on collisions between courts and populist leaders are likely to end badly for the courts. Leaders determined to undermine a court have a number of different devices with which to do so, ranging from abolishing the court to changing its jurisdiction to simply packing it over time. But the contributions here also suggest that courts, despite their limitations, may be able to play a crucial role in certain circumstances, drawing for example on the Colombian Court’s successful resistance to the populist president Uribe (Jorge Gonzalez) and the recent UK Supreme Court’s decision on Brexit (Sam Issacharoff). As a general rule, Andrew Arato argues, courts will be most successful in opposing populism where they enjoy strong support from civil society initiatives which can in turn reinforce the judicial role.

This fits well with existing accounts in the literature that stress the importance of external support for courts – be it by political elites, mobilized civil society or a mixture of both. Yet, as so often, more precise answers are dependent on political context and legal and political culture. If courts understand their authority in terms of public approval as measured in opinion polls, as Bassok provocatively suggests with regard to the US Supreme Court, opposing popular regimes in the long run is not an option. But even where we are more skeptical of linking judicial authority directly to opinion polls, judicial populism seems to have become an increasingly prevalent phenomenon in some jurisdictions such as India (Anuj Bhuwania).

As a means of confronting populist movements, judicial populism is a risky strategy given that judges enjoy less direct popular legitimacy than elected leaders and courts typically depend on other institutions to enforce their judgments. Some, like Harel, therefore argue that judicial populism may decrease public support by making courts look unprincipled. Yet, this doesn’t mean that courts should ignore public opinion, as Bilyana Petkova notes. Petkova suggests that in rights adjudication court should be careful not to diverge too much from existing social mores and majoritarian trends, whereas they should be more aggressive and principled when upholding existing institutions. Drawing on the Colombian example, Gonzalez notes that the Court in the early years of Uribe’s presidency avoided head-on clashes, but nonetheless used a number of jurisprudential tools such as socioeconomic rights to challenge Uribe more subtly. Over time, indeed (although outside the scope of Gonzalez’s analysis), the Court’s challenges to Uribe’s power became more frontal – it struck down laws and even constitutional amendments that would have greatly expanded Uribe’s power, most famously and dramatically in the case striking down the amendment that would have given him a chance to run for a third consecutive term in office.2)

Such successful resistance no doubt requires difficult balancing acts from courts. It also suggests that the most promising judicial approaches to populism are perhaps those that attempt to address at least partly the root causes of populist appeals such as social marginalization, poverty and institutional failure. If we take this line of argument, existing comparative research provides a rich resource. Courts in India, South Africa or Colombia for example have for some time now attempted to increase and strengthen channels for participation, be it via forms of public interest litigation in the judicial process, or by strengthening public participation in the political process via new rights and remedies. Robust socio-economic rights litigation especially when coupled with structural remedies, represents another potential judicial strategy to address real and perceived shortcomings of the political process and rebuild public trust where it has broken down. Though many examples in this regard are from the Global South, there are no categorical reasons why similar strategies might not work to address structural problems leading to widespread public disenchantment with existing political institutions in Europe or North America.

The posts in this symposium grapple with these questions from different comparative perspectives, sometimes casting a more abstract net across several jurisdiction, sometimes by focusing on one particular case study. The examples represented range from Venezuela and Colombia over Israel to Hungary, Turkey, Britain and the United States. In some cases, courts have already lost the battle as in Hungary and perhaps Turkey, in others like Colombia they have been successful. In many cases, we do not know yet. In particular in Western Europe and the United States courts have only begun to confront populism. What is perhaps most remarkable about the contributions represented here is that all of them fall somewhere in the continuum between adhering to ‘principle’ and judicial ‘pragmatism’ (Theunis Roux); there are no radical suggestions, though the gulf between principle and pragmatism leaves room for considerable differences: Or Bassok provides perhaps the bleakest assessment of the chances of the US Supreme Court for withstanding populist appeals. The most energetic call for judicial appeals to principle rather than flirting with public opinion in turn comes from Alon Harel in the context of the Israeli judiciary. Most authors steer a middle course.

Conspicuously absent in this symposium are contributions that explicitly engage with the question how courts might contribute ex ante to discourage the rise of populist movements by using the well-known tools of militant democracy. Whether courts should really be involved in defending democracy in this sense is contested – and existing experiences with party prohibitions for example from Turkey cast doubt on the effectiveness of such tools. Perhaps it is most important that courts bolster their reputation as independent institutions; and as such, they may profitably contribute to addressing potential causes of populism as discussed above without relying heavily on such contested mechanisms. A related gap in this symposium – and perhaps one partly due to the online format – is a relative lack of historical references as compared for example with the debate on the subject in the print media. This, however, is perhaps also a strength: Comparisons with National Socialism loom large in the back of our minds (and so they should, as a reminder of just how wrong things can go). However, in dealing with contemporary populist challenges, references to other jurisdictions may often be more helpful than yet another invocation of the Weimar Republic. Still, as Bertil Oder emphasizes in her contribution, populism can sometimes be more firmly entrenched in some systems such as Turkey where populist appeals have long been part of the political repertoire. This may make us wonder if there are not indeed other historical sources that we may need to explore to better understand what populism is and how we might best react to it. 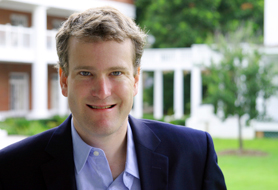