Is Bauer the new Bosman? – The implications of the recent jurisprudence of the Court of Justice of the European Union for FIFA

The question whether the various norms of the acquis communautaire may be applied to disputes between private parties was at the heart of many sport rulings of the Court of Justice of the European Union (further referred to as “CJEU” or “the Court”). The Bosman ruling, the most renowned ruling of the CJEU relevant to FIFA, dealt with the freedom of movement of workers guaranteed by the Treaty. Now, the CJEU in its Bauer ruling confirmed that the fundamental rights enshrined in the Charter might under certain circumstances become horizontally applicable. This post argues that this development of judgments has implications also for sport federations, among them the Féderation International de Football Association (FIFA).

The influence of actions undertaken by the Union’s bodies for the sport sector and the individuals practicing sport activity, both for leisure and for money, in the European Union goes beyond the merely supportive, coordinative, and supplementary catalogue of competences, as can be derived from Art. 6 (e) and Art. 165 para 1 of the Treaty on the Functioning of the European Union (TFEU). The Court ambitiously raised the level of protection of the rights of the athletes in the European Union via its judicial activity. This process, strung across the decades from Walrave and Koch until the recent case of TopFit and Biffi, ran parallel to a general progress in ensuring the effectiveness of the rights of individuals in the EU. FIFA has been particularly affected by the renowned Bosman case, which led to a substantial reform of the FIFA transfer system in order to conform to the right to freedom of movement of Union citizens playing football professionally1). The subsequent developments involved the cases Simutenkov and Bernard in which the Court further specified FIFA’s subjection to the Treaty provisions guaranteeing freedom of movement of workers in the European Union.

The horizontal applicability of EU law remains particularly relevant for FIFA, because the practice of sporting activities, and in particular football, in the European Union is often subjected to a private regulatory regime. National associations, clubs, and athletes are bound by the rules issued by international sport federations. International sport federations, although often forceful and rich, are not states but private associations. Therefore, the relation between athletes and federations is usually of a horizontal nature, although the balance of power is strongly tilted in favor of the governing bodies. This imbalance triggered the Court’s jurisprudence on the horizontal application of EU law. Arguably, along the 25 years that passed since the Bosman ruling, FIFA, UEFA, and other sport governing bodies operating in Europe have learned that their actions must remain in conformity with general principles of Union law prohibiting discrimination on the grounds of nationality or impeding the freedom of movement of EU athletes.

The most recent jurisprudence of the Court – in cases Egenberger (a case of alleged discrimination on grounds of religion included in the job offer issued by the Evangelic Church in Germany) and Bauer (a case in which the successor of the employee sought for the payment of allowance in lieu for paid annual leave against the private employer) – although not directly referring to athletes – might strengthen FIFA’s awareness of yet another significant part of EU law – the horizontal applicability of the rights enshrined in the Charter of Fundamental Rights of the European Union (Charter). In Egenberger, the Court stated that Art. 21 para 1 of the Charter (i.e. the prohibition of discrimination) “is sufficient in itself to confer on individuals a right which they may rely on as such in disputes between them in a field covered by EU law” (in para 76). The Court also noted that the national court has to award “the judicial protection for individuals flowing from Articles 21 and 47 of the Charter” by guaranteeing its full effectiveness through disapplying the contrary provisions of a national law if needed (see para 78-79). However, the court has an obligation to balance competing fundamental rights of both parties to the dispute, so the fundamental rights of one individual are limited by the fundamental rights that may be derived from the Charter by other individuals (see para 80-81).

These remarks were further developed in the Bauer ruling. The Court examined the horizontal applicability of the provisions of Art. 31 para 2. of the Charter on the right to paid annual leave and came to the conclusion that this provision is of a mandatory and unconditional character. Consequently,  it is sufficient to confer on workers a right “that they may actually rely on in disputes between them and their employer in a field covered by EU law and therefore falling within the scope of the Charter” (see para 80-85). In such a situation, first, the national court should consider national legislation contrary to the fundamental right as inapplicable and, second, the employer cannot rely on that national legislation (para 86). The Court declared that simply because the Charter is in principle addressed to the Member States and the institutions of the European Union (as provided by the literal wording of the Art. 51 para 1 of the Charter), it did not systematically preclude the application of the provisions of the Charter to relations between private parties. Additionally, private parties might be directly required to comply with certain provisions of the Charter (para 87-89). These conclusions were further reaffirmed in the Max Planck, Sindicatul and Cresco rulings. Therefore, it is reasonable to argue that the horizontal applicability has been extended by the Court to the fundamental rights enshrined in the Charter.2)

But, is Bauer the new Bosman?

There are various characteristics integral to the European model of sport and the principles governing sporting activity in the European Union that can give rise to sporting disputes warranting the horizontal applicability of fundamental rights. Firstly, the structure of sports governance in Europe, based on the above-mentioned imbalance of power and the monopolistic position of sport federations in the European pyramid of sport, is prone to encouraging the invoking of fundamental rights against private sporting regulations. The uneven relation becomes even more imbalanced in circumstances in which one party is in a position to one-sidedly regulate the rights and freedoms of many actors. The 21st century Leviathan is often a beast of a private nature, and FIFA embodies this development.3)

The observance of fundamental rights that protect basic rights and freedoms of individuals, which are inseparably attached to them as human beings and result from human dignity, should be uniform across different legal orders, as should be the level of protection granted by them. Therefore, as stated by Walkila and Frantziou, the reason for a uniform protection of fundamental rights, irrespective of the nature of the relation between the parties, is to protect the “integrity, priority and effectiveness” of European Union law and contributes to the fulfillment of the telos of the European Union, i.e. building an ever closer Union.4)

The demand for such a uniform protection of fundamental rights in the European Union is the effect of changes to the character of European integration, as well as social and economic realities, throughout the last 60 years. The European Community, which around the time of the Walrave and Koch ruling was hardly integrated economically, has become a constitutionalized Union of common values, freedoms and fundamental rights guaranteed to its citizens.5) This should also be reflected in the approach of the European Union to different dimensions of the activity of its citizens – i.e. the protection of fundamental rights in the EU should permeate all spheres of Union law. In the context of sport, what once was “subject to community law only to the extent of constituting economic activity”, is now “subject to all the obligations which result from the various provisions of the Treaty” when sporting activity falls within the scope of the Treaty. In Bauer, the Court reminded that “the fundamental rights guaranteed in the legal order of the European Union are applicable in all situations governed by EU law” (in para 52).

Moreover, just one year ago FIFA itself in Art. 3 of its statutes committed to respect human rights and strive to promote the protection of these rights. Therefore I believe that the values of the European Union determined in Art. 2 of Treaty on European Union, as well as the catalogue of fundamental rights enshrined in the Charter are not contravening with values sported by FIFA, as well as with the fundamental goals of modern Olympism. In other words – FIFA and the EU play to the same goal, or at least not opposing ones.

What may vary, however, are the methods by which both organizations strive to reach the declared objectives. The way advanced by the CJEU in Bauer is in principio addressed to national courts, which should, in their jurisdiction, ensure proper enforcement of the Charter if a particular dispute falls under the scope of EU law – mainly by disapplying the contrary national provisions and giving full effectiveness to the respective provisions of the Charter. Consequently, in theory football players will be able to invoke their fundamental rights enshrined in the Charter against FIFA when they are able to prove that its actions fall under the scope of EU law.

In light of the jurisprudence discussed above, the Charter could for example become relevant for employment cases in football challenging FIFA regulations. Indeed, FIFA regulations may, for example, be challenged not only on the basis of the Directive 2003/88 (which is hardly possible under the actual jurisprudence of the Court) but also (and far more effectively) by invoking Art. 31 para 2 of the Charter. Another example that could lead to a successful case against FIFA rules would be the uneven remuneration for women and men national teams winning the FIFA World Cup – such a practice could be declared contrary to Art. 21 of the Charter. However, due to its extreme novelty, it remains very difficult to assess the potential impact the Bauer line of cases could have on FIFA (and more broadly sports private regulators), time and disputes will tell whether it will be a transformative one. Therefore, for the time being, Bauer is not (yet) the next Bosman.

DOWNLOAD PDF
LICENSED UNDER CC BY NC ND
SUGGESTED CITATION  Lewandowski, Wojciech: Is Bauer the new Bosman? – The implications of the recent jurisprudence of the Court of Justice of the European Union for FIFA, VerfBlog, 2019/7/06, https://verfassungsblog.de/is-bauer-the-new-bosman-the-implications-of-the-recent-jurisprudence-of-the-court-of-justice-of-the-european-union-for-fifa/, DOI: 10.17176/20190708-143336-0. 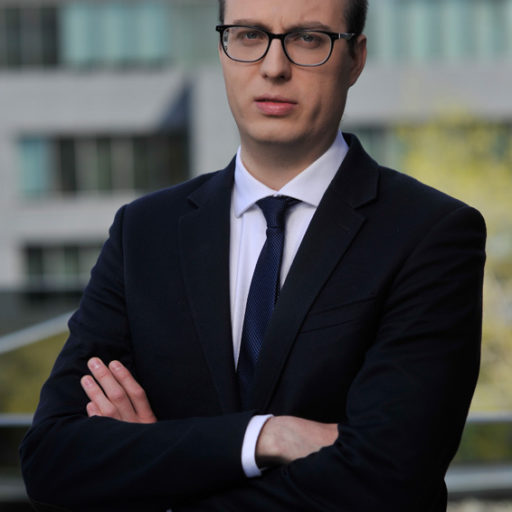