Is Trump Right? Foreign Fighters and the States‘ Obligation to Repatriate Them

In a widely commented upon tweet, President Trump asked “Britain, France, Germany and other European allies to take back over 800 ISIS fighters”. He added to the request also a not-so-subtle threat by claiming that otherwise the fighters will be released. The tweet has been published on 17 February 2019, but the situation of foreigners, including European citizens, stranded in Syria and Iraq after the nearly complete defeat of the Islamic State is not a new problem, nor an unpredictable one given the unprecedented number of individuals and families who flocked to the Middle East in recent years. Yet, so far the States most affected by the situation have adopted heterogeneous and even contradictory approaches, without ever facing the question of whether they are acting or not in compliance with the existing international legal framework. Leaving aside moral and long-term security considerations that have been eloquently expressed in a recent ICCT perspective, the focus here is on whether States of origin have or have not an obligation under international law to “take back” (i.e. proactively repatriate) their nationals.

According to the most cited data 41,490 international citizens from 80 countries became affiliated with ISIS. Some 5000 men, women and children have travelled from Europeto Syria and Iraq since 2012. An estimated 1500 individuals have returned to Europe so far, whereas only scattered and not always precise information is available with regard to those who were born in Syria or Iraq, died, fled elsewhere, have been captured and are currently detained. If numbers are difficult to come to terms with, equally daunting is the task of discerning between foreign fighters (i.e. “individuals, driven mainly by ideology, religion and/or kinship, who leave their country of origin or their country of habitual residence to join a party engaged in an armed conflict”) and foreign terrorist fighters (defined by UN SC Res. 2178 as “individuals who travel to a State other than their State of residence or nationality for the purpose of the perpetration, planning or preparation of, or participation in, terrorist acts or the providing or receiving of terrorist training, including in connection with armed conflict”).

Even though, in the absence of any substantive evidence to the contrary, the term foreign fighters should always be preferred, the mainstream trend has been to stretch as much as possible the contours and scope of the term foreign terrorist fighters and act consequently. This is true also with regard to women and children because factors like gender (as explained in a 2018 ICSR report, in spite of an initially lenient approach, women are currently regarded as dangerous as their male counterparts) or age (in ISIS ranks, children as young as 9 years old received military and ideological training) cannot, at least in the  minds of the interested States, contribute to draw a neat line between those who clearly pose a security threat and those who don’t. In the famous tweet, President Trump made explicit reference to the fighters captured in Syria and therefore held in custody by the Syrian Democratic Forces (SDF), a long-time ally of the Global Coalition to Defeat ISIS. However, foreigners, including women and children, associated with ISIS are facing pretty much the same destiny also in countries like Iraq and Libya, thus triggering the need to adopt a broader perspective and provide a general answer to the question asked above.

The alleged obligation incumbent upon foreign fighters’ states of origin to “take them back” clearly hints at the adoption of a proactive approach, i.e. the repatriation (or extradition when the legal conditions are fulfilled) of said individuals through the implementation of measures to facilitate their return. This is an important point as demanding the repatriation of FFs is not the same thing as claiming that if ISIS foreign members and their families are released and somehow succeed in traveling back to their countries of origin they would have to be allowed entry.

The latter scenario is rather implausible, but also easier to solve. Under both customary international law and human rights law admission to a State primarily depends on nationality. The essence of nationality can be said to lie in the State’s duty to admit its nationals and allow them to reside within its territory. Such a duty exists first and foremost vis-à-vis other States, meaning that it is an obligation that is needed to balance States’ sovereign prerogative to regulate the presence of foreigners on their territory. Under international human rights law the State’s obligation to admit its nationals becomes the individual’s right to enter and reside free from expulsion in his/her country of nationality. Pursuant to Article 13(2) of the Universal Declaration of Human Rights (UDHR), “everyone has the right to leave any country, including his own, and to return to his country”, Article 12(4) of the International Covenant on Civil and Political Rights (ICCPR) further provides that “no one shall be arbitrarily deprived of the right to enter his own country”. The Human Rights Committee (HRC) in its General Comment No. 27 has clarified that the reference to the concept of arbitrariness in this context is intended to emphasize that it applies to all State’s action and that there are few, if any, circumstances in which deprivation of the right to enter one’s own country could be reasonable. The HRC has also explained that States parties must not, by stripping a person of nationality, arbitrarily prevent this person from returning to his or her own country. It follows that revoking citizenship as a measure to prevent the return of FFs is a violation of international law and so it is, again according to the HRC, to prevent a person from coming to the country of nationality for the first time if he or she was born abroad.

With regard to the existence of an obligation to proactively repatriate FFs the current international legal framework is less capable of providing a straightforward answer. The Vienna Conventions on Diplomatic and on Consular Relations (respectively under Art. 3 and Art. 5) list among the basic functions of diplomatic missions and of consular posts “protecting in the receiving State the interests of the sending State and of its nationals”. However, and setting aside the fact that most European States at the moment have cut off diplomatic relations with Syria and Libya, there is no uniformity either on the question of whether a national has a legal right or merely a legitimate expectation of receiving protection from his own Embassy or consular post, nor is there uniformity amongst States of nationality on the extent of protection offered by individual missions or posts.

Furthermore, it is well established under international law that it is the sovereign right of each territorial State to prosecute suspects for crimes committed on their territory. However, in the situation under scrutiny the assumption that the territorial States are willing and able to exercise this right cannot be taken for granted. Iraq, for example, is relying on such sovereign right to prosecute adult FFs, both men and women, but is asking States of origin to repatriate children, many of whom are detained on national security-related charges for their alleged association with ISIS.

When it comes to Syria, the SDF, i.e. a non-State actor (opposed to the current Syrian Government) which is exercising governmental functions on part of the Syrian territory with the support (if not under the control) of the USA, is clearly not willing nor able to prosecute FFs and it is equally not capable of managing the camps where over 2000 family members are held.

Similarly, in Libya FFs, mostly from Tunisia, are currently detained in the Maitiga prison run by the Special Deterrence Forces, a militia affiliated with Libya’s internationally recognised Government of National Accord (GNA). As reported by HRW the Tripoli-based GNA wants Tunisia to bring home the women, the children, and the corpses that they said were dead Tunisian ISIS fighters, but Tunisian authorities are still stalling and only three out of 35 children have been repatriated so far. So, the territorial States that in principle retain the right to prosecute FFs need to be distinguished on the basis of whether they can and want to exercise said right or not.

The first scenario, i.e. Iraq, raises a number of issues concerning the lack of fair trial standards, inhuman detention conditions (possibly amounting to torture and/or degrading treatment) and the imposition of death penalty in accordance with the national counter-terrorism legislation in place, which should trigger the swift reaction of those countries that keep reaffirming their commitment to the rule of law and human rights and hold a strong and principled position against the death penalty.

With regard to the second scenario, when the territorial States are unable or unwilling to prosecute terrorist suspects, in light of a “common-sense obligation rooted in community morality that morphed into international obligation”, they must extradite them. The corollary that completes this formula is that States, first and foremost the States of nationality, must cooperate to ensure that there is no sanctuary for acts that are universally condemned and proscribed. In fact, as underscored by the relevant UN SC Resolutions, most recently Res. 2396 (2017), “all Member States shall ensure that any person who participates in the financing, planning, preparation or perpetration of terrorist acts or in support of terrorist acts is brought to justice.”

The faith of FFs and their family members currently located in Syria, Iraq and Libya represents a problem that can no longer be ignored by their countries of origin. Whereas some states are slowly accepting the idea of proactively pursuing efforts to repatriate children (with Russia spearheading this approach), the same cannot be said with regard to men and women associated with ISIS, regardless of the role fulfilled within the group. As emerges from the brief analysis carried out in this post, states of origin that want to solve the tension between security concerns and compliance with existing international law have only a viable and potentially effective option, which is to seek out their citizens and bring them back home. Even if it is not possible to pin down an obligation incumbent upon States of origin to repatriate FFs, it is undeniable that other obligations, either under human rights law or under the fragmented international framework that govern the global response to terrorism, risk being breached or at the very least watered down if States do not step in and “take back” their nationals.

Other posts about this region:
Iraq, Syrien 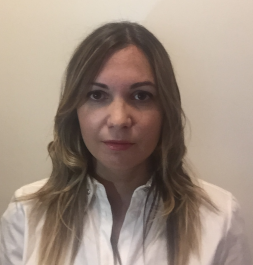 Other posts about this region:
Iraq, Syrien No Comments Join the discussion
Go to Top