Italian institutions between crisis and reform

The political turmoil in Italy during the last months hasn’t left its constitutional order unaffected, one would think – or has it? In order to understand what happened it is essential to start from November 2011. Berlusconi’s Cabinet was falling apart, while the Italian economic and financial situation was becoming increasingly dramatic. The President of the Republic Giorgio Napolitano appointed Professor Mario Monti, an eminent economist and previously European Commissioner, to form a new government.

The main oddity of the Monti government was its technical nature. The Ministers were not members of political parties, but rather university professors, professionals and experts in different fields. Nevertheless, the government obtained the vote of confidence from the Parliament by a large majority of almost all political forces. It is true then what President Napolitano said: There are no “technical” governments. All governments are political, and the appointment of Monti’s Cabinet does not imply any violation of the Constitution. Art. 94 of the Constitution requires that the Government appointed by the President obtains the vote of confidence from both houses of Parliament, and that is what happened.

The new government worked for over a year, enacting strict reforms in the economic, fiscal and social fields (e.g. a much criticized labor reform). Eventually it fell apart in November 2012, following the decision of Silvio Berlusconi’s party to revoke the confidence to the Cabinet. There was no formal vote of “non-confidence”. Technically, therefore, it was an „extra-parliamentary“ crisis.

The general elections in February resulted in no clear majority. The Italian electoral law, called by its own creator Berlusconi „porcellum“ (meaning “crap”), provides a “majority premium” operating differently in the lower House and in the Senate. This institutional deadlock was compounded by the inability for the President of the Republic to dissolve the Chambers and call new elections. Indeed, the Italian Constitution prevents the President to dissolve the Chambers in the last six months of his presidential term (and the mandate of Giorgio Napolitano would have expired in May 2013).

In the meantime the Monti Government stayed in charge, and the new populist opposition party MS5 in fact proposed to keep it that way for the time being. This solution, however, would have been hardly compatible with the Constitution. It would have in fact changed the parliamentary form of government in a directorial one. Also, in the absence of a new government the Parliament is unable to form committees.

The role of Chairman of the Commission, in fact, is extremely relevant, politically. The Committee chairs have an essential role in both legislative work – they designate the rapporteur for each bill – and the address and control of the government. They are «organs ‘glued’ to the Government» (Andrea Manzella). It is therefore evident that «the election of the committee chairs is intertwined with the political equilibria related to the formation of the cabinet» (Lupo e Gianniti). Parliamentary activity was therefore stalled, waiting for a political agreement on the formation of the new Government.

To lift the gridlock President Napolitano made an anomalous decision. On 30 March he formed two groups of „wise men“ and tasked them to identify priorities in the economic and institutional fields. On this „program“ the President would have then tried to gather a political majority.

Meanwhile, as provided by the Constitution, the President of the Chamber convened the Parliament in joint session for the election of the new President of the Republic. The Italian Constitution states that the President of the Republic shall be elected by a two-thirds majority of the members of Parliament. After the third ballot, an absolute majority is sufficient. In those days M5S put in place a serious demonstrative gesture. Some halls of Parliament were occupied, as a protest against the fact that parliamentary committees had not been established yet.

The parties proved unable to find a candidate who could muster a sufficient majority, though. Napolitano, in spite of being 87 years old, and having declared not to want to be confirmed as President, given the dramatic circumstances, agreed to it and was re-elected – the first President in the history of the Italian Republic to get a second term of office (Articles 84 and 85 of the Constitution not precluding it).

Although it does not emerge from official statements, it seems that Napolitano asked the political parties, as a condition for his re-election, to form a government supported by a broad cross-party majority. The new government would have to achieve quickly major reforms identified by the working groups mentioned above.

It must be remembered, too, that with the re-election Napolitano regained the power of dissolution of Parliament. As already mentioned, this power is inhibited to the President during the so-called „white semester“, i.e. the last six months of office (art. 88, par. 2 of the Constitution). With the beginning of the second term the power of dissolution went back to the hands of the President. This instrument clearly provides a great power to influence political parties.

A Political Crisis, Not A Constitutional One

In brief, these were the major steps of the latest Italian constitutional history. The functionality of the system and the compliance with the constitutional dynamics were primarily secured by the President of the Republic, Giorgio Napolitano. He interpreted his role actively, enabling the achievement of government solutions, while political parties – both traditional and new ones – were unfit to face the seriousness of the political situation.

Someone may wonder if the President of the Republic has exceeded its normal sphere of competence. The answer, however, must be negative: the Italian Constitution, like many other parliamentary Constitutions, provides a significant flexibility in the relationships between constitutional bodies. The President of the Republic, in cases of a systemic crisis (in this case was essentially a crisis of the party system), can expand his action by playing an active role. This role, however, aims at ensuring the functioning of institutions, and is certainly not a policy-making one.

What are the main steps for the near future? The Prime Minister has already stated that his Government move on the path of reform, starting from the suggestions given by the „wise men“ nominated by President Napolitano. Therefore, the first emergency to tackle will be the electoral law. In this regard it is important to point out that the Supreme Court has recently asked the Constitutional Court to check the constitutionality of the current electoral law. Even this decision, therefore, is likely to push the political system to modify the ‘porcellum’ quickly. It is important to emphasize that this reform does not require a constitutional amendment, being sufficient an ordinary legislative procedure. Only after that, it will be possible to open a path of constitutional reforms. In this case, the model that could be followed is that of establishing an ad hoc Committee with the task of preparing amendments to the constitutional text. It is not clear yet whether the Committee will consist of technicians (eg. scholars and experts) or politicians. The new constitutional text will then need to receive the final approval of both Houses of Parliament.

It will certainly be necessary to address the problem of the form of government. In the current Italian political debate, the consensus seems to gather around a semi-presidential form of government; the reference model, therefore, could be that of the fifth French republic. However, it seems premature to make any predictions on this point. In any case, any form of government will be a success or a failure depending on the actual functioning of the political system. In this regard, some factors are purely factual and thus escape constitutional analysis. Others, however, deserve the attention of the scholars. It must be remembered, above all, that a law implementing Art. 49 of the Constitution, prescribing a ‘democratic method’ for political parties, was never passed. Another urgent case for reform is the current system of ‘electoral reimbursements’ of political parties, which has allowed over the years illegal behaviors (in spite of the 1993 referendum, by which any form of public funding of politics had been excluded).

The next few months of Italian constitutional affairs, therefore, deserve to be followed very carefully. 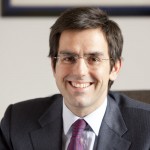 Lorenzo Cuocolo Lorenzo Cuocolo ist Professor für vergleichendes Verfassungsrecht an der Bocconi-Universität Mailand, Italien.
Other posts about this region:
Italien No Comments Join the discussion
to receive information about new articles and services of Verfassungsblog.de. I know that I may withdraw my consent at any time. More information in the privacy policy.
Verfassungsblog complies with the new GDPR.
Read about it in our Privacy Policy. I opt-out
permanently of anonymized tracking via Google Analytics on Verfasssungsblog.de. This will create a cookie on your device to save your decision.
Go to Top