With one of the highest death rates by population worldwide, Italy has undertaken a series of necessary but very intrusive measures resulting in strong limitations of fundamental rights and liberties. The Rule of Law (ROL) is considered to be “the basis of all genuine democracy” (Statute of the Council of Europe); and in times of emergency, respect for the ROL and adherence to its principles should still prevail. So, what safeguards have been put in place to ensure that the Italian legislative response to COVID-19 provides effective protection of public safety and complies with core Constitutional principles, international law obligations and the ROL?

The general legal framework for the adoption of emergency legislation aimed at protecting health and security can be drawn from different provisions of the Constitution of the Republic of Italy; general principles of international law on the admissible derogations to human rights in emergency situations; and the ROL principles underpinning democratic systems.

The Italian Constitution does not set out comprehensive rules regarding the use of emergency powers. However, Art. 77 of the Constitution provides that in case of necessity and urgency the Government may adopt temporary measures (decreto-legge/decree-laws) which have the same force of ordinary laws. Decree-laws would become void ab initio if Parliament does not convert them into law within sixty days of their publication. The Constitution thus allows Government the necessary flexibility to promptly react to emergencies and adopt legislation in a timely manner, but it also ensures that the Government does not assume Parliament’s prerogatives. This is guaranteed by limiting the duration of the measure and by the retroactive elimination of all effects, unless validated by Parliament.

Under the Constitution (Art. 32), health is safeguarded as a fundamental individual right as well as a collective interest. The Constitution also provides guidance regarding the balance that can be drawn between different constitutionally guaranteed rights. Public health and security are expressly mentioned as grounds that can justify limitations on other rights, such as the right to free movement and residence (Art. 16) and the right to assembly (Art. 17).

The Constitution also states that the Italian legal system conforms to the generally recognised principles of international law (Art. 10). In this regard, the emergency clauses contained in the widely ratified (Italy included) International Covenant on Civil and Political Rights (ICCPR) (Art. 4) and the European Convention on Human Rights (Art. 15) provide additional guidance on the necessary safeguards in case of restrictions on the enjoyment of human rights in public emergency situations, even if they were not specifically foreseen to address pandemics. Such safeguards are further detailed in a comment of the Human Rights Committee and in the Siracusa Principles on the Limitation and Derogation Provisions  in the ICCPR and comprise the temporary nature of the restrictive measures; strict necessity and proportionality; non-discriminatory enforcement of the measures; and the requirement that measures do not affect core rights (e.g. the right to life or the principle nullum crimen sine lege).

In times of emergency, exceptions need to be built on sound principles that are essential to the legal order. The ROL elements detailed in the Council of Europe’s Venice Commission Checklist – such as legality, legal certainty and access to justice – represent basic safeguards in the context of emergency legislation and the use of emergency powers.

Building on such principles, the framework Italian Law on civil protection sets out the reasons justifying a state of emergency and the possible scope of responses (Art. 7), and establishes a time limit of up to 12 months, which can be extended only once for another year (Art. 24) by the CM.

The Italian Legal Response to COVID-19

The initial Italian legal response to COVID-19 – from the declaration of the state of emergency on 31 January until late March – incorporates some of the essential safeguards discussed above but falls short on others. However, a new decree-law adopted on 25 March addresses and corrects some of those deficiencies. Public health and security can only be effectively protected in a democracy which fully respects Constitutional and ROL safeguards, in particular in emergency situations. On first glance, the Italian response raises issues of legal certainty. Following the declaration of a public health state of emergency by the Council of Ministers (CM) on 31 January, the CM also issued a decree-law setting out the types of measures to be adopted (no. 6 of 23 February 2020). This core instrument, adopted in response to the situation created by COVID-19, was rapidly converted into law by Parliament. Subsequently, a number of legislative and administrative measures were passed and enforced at different levels (national, regional, local) in a very short period, including several other decree-laws by the CM, decrees of the President of the Council of Ministers (PCM), ministerial orders, and decrees of the Presidents of the main regions affected by the virus (see here a summary of the main acts adopted in the last two months). This effectively resulted in regulatory and legal chaos affecting the implementation of the measures by citizens and preventing a clear legal understanding of the relationship between the different measures and their effects.

In response to the criticism in the media and among academic lawyers (here, here, here, here and here), the CM decree-law dated 25 March replaces the February decree-law and the related law, and incorporates important amendments aimed at correcting some of the shortcomings of the previous instrument. It tries to address the concerns about the regulatory and legal chaos, to establish a hierarchical order between the different measures that have been introduced and to include clear constitutional and ROL safeguards for the exercise of emergency powers.

On a positive note, the temporary nature of the measures is clearly indicated in the CM declaration of a public health state of emergency of 31 January, which sets a time limit of six months. As noted above, the framework law on civil protection limits public emergencies to a maximum period of one year, extendable for another year. The legislative and administrative acts adopted in response to COVID-19 contain shorter time limits, varying from one week up to one month. The recent decree-law of 25 March harmonises the different measures that have been taken at local, regional and national levels and clarifies that restrictive measures can be applied for renewable periods of up to 30 days, duration of the emergency as currently set (Art. 1).

The decree-law of 25 March ensures the publicity of the acts adopted by the PCM through their publication on the Official Journal and on the website of the Government, and their notification to the Parliament. Additionally, the decree-law introduces a reporting obligation before the Parliament on the measures taken, every fifteen days. All these safeguards were missing in the previous instrument.

The decree-law of 25 March also corrects some of the deficiencies of the previous instruments in terms of compliance with the hierarchy of norms set out in the Constitution and the legality component of the ROL. In the decree-law of 23 February, the list of measures aimed at containing the virus was drafted in broad and general terms comprising, for example, prohibitions on leaving the area of residence or on accessing certain areas; and the suspension of public gatherings, educational services, public competitions for hiring new staff, and working activities for most enterprises. An open-ended residual clause authorised the PCM to adopt “any containment and management measures adequate and proportionate to the evolution of the epidemiological situation”. These aspects were criticised for entrusting the Government and the relevant local authorities with “substantive normative freedom” and subverting the Constitutional hierarchy between laws of the Parliament and acts of the Government. The 25 March decree-law addresses such criticisms by providing a closed list of the types of restrictive measures that can be adopted by the Government, and by delineating the content and scope of such measures much more precisely.

The decree-law of 25 March contributes to legal certainty by clarifying the scope of and relationship between (i) PCM decrees introducing restrictive measures and (ii) similar measures introduced at the regional or local level (Art. 3). In summary, it establishes that central measures enacted by the Government are to be preferred and that, in the absence of such measures, local authorities may adopt one or more measures from those listed in the decree-law, in compliance with the safeguards contained therein (i.e., temporary limitations, adequacy and proportionality). It also sets out that local measures that do not comply with such safeguards and with governmental measures are ineffective.

Finally, but quite importantly, there is an additional issue that is not directly addressed in the decree-law of 25 March but is of core importance to it: which court would have jurisdiction over any disputes concerning the restrictive measures adopted by the Government? Depending on the specific case, the jurisdiction of the administrative judge or of ordinary courts may be involved. This issue might possibly be addressed according to the general principle of the relationship between legitimate interests and substantive rights (i.e. administrative jurisdiction and general jurisdiction). Also, the question of the limits of the restrictive measures – and the question of the judicial review of their adoption – is connected to the issue of the constitutional relevance of the public goods and individual rights affected. For the time being, with some exceptions, the functionality of courts and the relevant legal deadlines are suspended until 15 April (decree-law, 17 March 2020, no. 18), but it is essential that Courts resume their functionality to ensure compliance with ROL standards even during emergency.

The COVID-19 Italian response, enacted in great haste while trying to keep pace with the challenges posed by the virus, has been adjusted along the way, through the introduction of some important constitutional and ROL safeguards. At the centre of such safeguards lies the key concept enshrined in the Constitution that Parliament has a vital role to play in protecting the health of the democracy, even during times of emergency. It is a very positive signal that the Parliament is still open and passing laws. It is through this lens that the different proposals for reform of the laws on the use of emergency powers, whether through a specific law or in the Constitution, should be channeled. 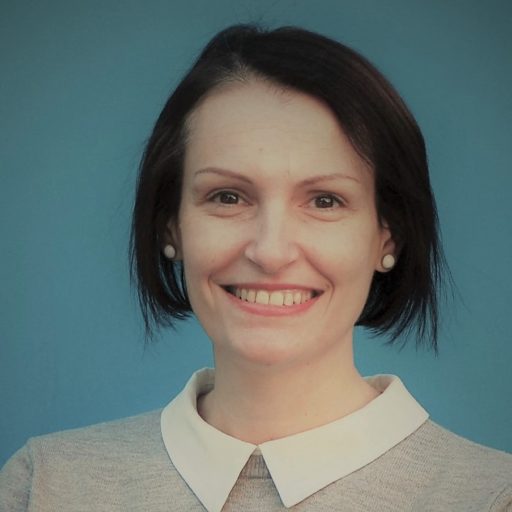