Judges under Attack in Hungary

Viktor Orbán, the Prime Minister of Hungary, does not seem to think very highly of the judiciary of his country. Some days after the election in April, he posted a short video on his personal facebook profile which shows him as he jokingly scolds András Patyi, the Chair of the National Election Committee (and the Rector of the National University of Public Service). He had read in the newspaper, Orbán says, that Patyi had fined him for 345,000 Forint (for posting a video of a visit to a kindergarten). The head of the National Election Committee reacted in a confused and stunningly subservient manner: “Excuse me, Mr. Prime Minister!”

Another snapshot from the Hungarian constitutional culture: After the Hungarian Supreme Court (Curia) had decided in a case about absentee voting on 24 April (while other election cases resulted in judgments favourable to the government), Orbán’s statement was this: „I think the Curia has taken a mandate away from our constituents with this decision, and the Curia has clearly and gravely intervened in the elections. While studying the doctrine of the Constitutional Court, it is obvious: the Curia was not intellectually up to its task.“

Judges seem to irritate the Prime Minister who likes to talk officially about “the judicial state” and irresponsible judges. Despite many problems with judicial autonomy and practice, judicial independence itself has remained relatively intact from overt political influence so far. More precisely: the governing party and its friends could not completely rely on the courts to get favorable decisions. For example, governmental bodies have regularly lost cases initiated by civil legal organizations for the release of public information.

That, however, might change after Orbán’s latest electoral victory.

The weekly newspaper HVG has recently published a news piece under the title: “Assassination against judicial independence – stupendous plans of Orbán” on a leaked plan for radical changes in the judiciary:  merging the Constitutional Court and the Curia, setting up a High Administrative Court as special tribunal, central administration of courts by the Minister of Justice, dismissal all of the judges who entered in office before 1990.

While it is still uncertain how much of these plans actually will materialize, they certainly need to be taken seriously. Ever since taking power in 2010, Orbán has systematically undermined the constitutional system of checks and balances, and weakened the rule of law in Hungary. One part of this long story is the subjugation of the administration of the judiciary. Soon after taking power, the Fidesz government disbanded the existing judicial council and replaced the autonomy of the judiciary with a strictly centralized body of judicial oversight. According to the Act on the Organization and Administration of Courts (CLXI of 2011) the President of the National Office for the Judiciary exercises all the authorities of central administration. The President is elected by the Parliament among judges by a two-thirds majority for 9 years. The government nominated and the parliament elected Tünde Handó, the wife of a Fidesz Member of European Parliament, one of the leading figures of the party and a family friend of the Prime Minister.

She is responsible for the strategic planing of court administration, can adopt binding guidelines and recommendations for the courts. Her most important competence is to appoint the presidents of regional courts and courts of appeal and supervise their activity. From 2012 until present the entire administrative staff was replaced, helped by the Act on the status of judges which modified the compulsory retirement age of judges, in order to align the office’s the politically elected president’s aspects and “philosophy”. After fierce criticism Handó’s powers were somewhat cut, but the essence did not change: It is she who decides who gets to take administrative functions in the judiciary or even become a judge. The Judicial Council has a veto power in appointing court leaders but Handó still has the right to appoint whomever she wants. The most important means for this is to declare applications ineffective, annulling and restarting the application process. The Council normally did not use its veto power, thus the President could evade the objective ranking and appoint the second or third candidates in scoring order during the selection and application process.

Revolt against the Office

At the end of January this year, the judiciary elected a new Council, including some vocally critical members. A new chapter seemed to begin some weeks before the political election. The Prime Minister’s confidante and friend had lost the trust of the judiciary.

But with its newly won two-thirds majority, Orbán’s government has absolutely free hand to change the conditions of the judicial work in a way that seemed to have frightened some members of the Council. In middle of April, five elected members resigned from their office in order to compromise the functioning of the Council. But at the meeting of the Council on May 2, following a firm speech of the President of the Curia, the Council decided unanimously that it was fully operable and the necessary quorum of members were present. The attempt to inactivate the elected body had proved unsuccessful. At the same meeting the Council for the first time adopted a decision clearly critical of the activity of the President of the Office. Evaluating the practice of declaring applications for the post of court president invalid, the decision says: “The practice of the President of the Office between 1 January 2017 and 5 February 2018 is not legitimate, as she has not given a written explanation of her decision declaring the application to be ineffective in her power of appointment.” Furthermore, “the process of evaluating management applications is not transparent and withoutsolid reasons.”

The reaction to this decision came swiftly. Some Fidesz party officials have announced that a complete reform of judicial administration was necessary. The focus of this reform could be the return of the external (ministerial) administration of courts. However the new government office chief, Gergely Gulyás said, that there is no ready plan for another reform of the judiciary. The plan to establish a High Administrative Court as special court dealing with cases  relating to public administration such as tax cases, cases of public data, etc. will be certainly realized, though. To which extent the government with its restored two-thirds majority will crack down on judicial independence in the end remains to be seen. Previous experience, however, shows that we’d better keep our eyes open. 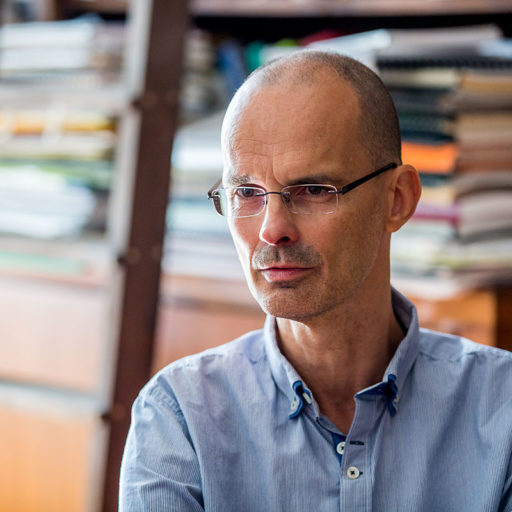 Other posts about this region:
Ungarn No Comments Join the discussion
pixel_not_set
Go to Top