A Short History of Regulating Free Speech in the Olympic Movement

Costa Rican gymnast Luciana Alvarado had found a way to protest at the 2020 Tokyo Olympic Games without being punished. At the end of the 18-year old’s floor routine, Alvarado kneeled on the mat and raised a fist to the roof of the Ariake Gymnastics Centre. Later, she would say her gesture demonstrated “the importance of everyone treated with respect and dignity and everyone having the same rights because we’re all the same and we’re all beautiful and amazing.” Deemed part of the sporting performance, the International Olympic Committee (IOC) decided not to impose any sanctions on the young athlete despite Alvarado clearly voicing a political message.

A look into the history books reveals that Alvarado can count herself lucky. From the disqualification of Tommy Smith and John Carlos in response to their famous Black Power salute in Mexico City in 1968 to forbidding Ukrainian athletes from wearing black armbands in memory of victims of violent conflicts in the country at the 2014 Winter Olympic Games, the IOC has always acted swiftly to discourage mixing Olympic sports with political protest. Paradoxically, such attempts by sport organizations to regulate athletes’ protests have strengthened after the formation of the United Nations (UN) in 1945 and the adoption of key international human rights documents such as the Universal Declaration of Human Rights (UDHR) and the International Covenant on Civil and Political Rights (ICCPR). This blog post provides a historical overview of the regulation of free speech in international sport by focusing specifically on the Olympic Movement, its key institutional stakeholders, and their rules against athlete activism.

The IOC has always had an ambivalent relationship towards politics and social movements. For decades, the IOC claimed that the Olympic Games existed separately from politics. In an open letter to all athletes shortly ahead of the 2020 Tokyo Olympic Games, the IOC’s Athletes Commission highlighted, “it is a fundamental principle that sport is neutral and must be separate from political, religious or any other type of interference.” On the other hand, the gigantic economic and logistical dimensions of staging the Olympic Games require that the IOC works closely with governments that might have political interests in hosting the event. Historically, such cooperation allowed the Nazi regime to misuse the 1936 Berlin Olympic Games for propaganda whereas the IOC is currently under scrutiny for collaborating with China in staging the upcoming 2022 Winter Olympic Games in Beijing.

Such ambivalence can also be noted in the writings of the founder of the Olympic Movement, Pierre de Coubertin. The French baron claimed in numerous publications that sport could positively influence politics. Sport, Coubertin argued, should become an instrument to reform economy and politics, and subsequently secure universal peace. Notwithstanding this reformist agenda, Coubertin also feared that sport could become an instrument of political interests and did not want politics to intrude into the Olympic Movement directly.

Despite the IOC’s attempts to prevent the Olympic Games from being used politically, many incidents occurred starting in the early years of the Olympic Movement. For example, at the 1908 London Olympic Games, the American flag bearer Ralph Rose refused to dip the American flag for British King Edward VII. This one moment spawned a number of theories and legends around the event including one theory that the refusal to dip the flag was a symbol of resistance to British imperialism. Ahead of the same Games, feminist activists attempted to use the event to demonstrate the strength of the suffrage movement and threatened to disrupt competitions if women were not allowed to participate.1)

The IOC’s apolitical nature led it to make disastrous decisions. Providing Germany’s Nazi regime with a global audience to distract from the planned genocide and to achieve global legitimacy made the IOC politically complicit in the staging of the 1936 Berlin Olympic Games. Protests against the regime were not allowed. Four years later, the IOC was prepared to do the same when the Games were to be organized by the imperialistic regime in Japan, but cancelled due to the outbreak of the Second World War.

Attempts to Restrict Athletes’ From Speaking Out

The 1936 Olympic Games were the first Olympics to be broadcasted to a television audience – albeit limited to local residents of Berlin. After the War, the mediatization of the event gained speed and the increasing, soon global, media coverage turned the Olympic Games into a powerful forum for the communication of political ideas. Smith’s and Carlos’ Black Power Salute stands out here, but even before the two Americans took to the podium in 1968, individuals had used their sporting fame to voice political messages.

Over time, more and more concrete rules were introduced to keep politics out of the Olympic Games. As Jules Boykoff highlights, in rules introduced in 1952 for the staging of regional games, the IOC included a passage that the loud speaker in the stadium was not to be used for political speeches. “In fact there must be no commercial or political intervention whatsoever,” the IOC rules continued.2) In 1955, an expanded version was introduced for potential Olympic Games’ hosts: “Invitations must state that no political demonstrations will be held in the stadium or other sport grounds, or in the Olympic Village, during the Games.”

Throughout the 1950s until the late 1970s, this rule was amended and expanded several times under the leadership of IOC President Avery Brundage, who was strictly against political involvement in the Games. Context is important here. Brundage reigned during a time when the IOC was confronted with a political reality of conflicts and confrontations that strongly influenced Olympic history. For example, the IOC’s ban of the Apartheid-regime led South Africa and Cold War politics challenged the Olympic Movement’s peace project. The Olympic Games’ darkest hour at the 1972 Munich Olympic Games when the terrorist group Black September kidnapped Israeli athletes and officials, with all hostages being killed during the rescue attempt, stands as a striking example for this era. Brundage’s famous words, “The Games must go on,” demonstrated that the IOC was not prepared to bow down to political pressure and simultaneously continued to tighten its grip on freedom of speech.

Significantly, as the Olympic Movement began to embark into the era of commercialization and professionalization in the post-Brundage era, the IOC’s restrictions of political demonstrations began to merge with rules against advertising at the Olympic Games. In the 1975 (as Rule 55) and 1978 editions (as Rule 57) of the Olympic Charter, the prohibitions that still constitute the current IOC rules took shape: “Every kind of demonstration or propaganda, whether political, religious, or racial, in the Olympic areas is forbidden. Commercial installations and advertising signs shall not be permitted inside the stadium or other sport arenas. No commercial advertising is permitted on equipment used in the Games nor on the uniforms or numbers worn by the contestants or officials (…).” The rule was condensed at the start of the 1990s and adapted to meet the ongoing commercialization. However, the antipolitical aspect was not adapted and remained almost unchanged in the current version of the Olympic Charter.

In this context, it is important to note that the IOC acknowledged the need to listen to the athletes’ voices, through the installation of the IOC Athletes Commission in 1981.3) The body allowed athletes to have their opinions heard inside the IOC, and since 2000 the chair of the Commission sits on the IOC Executive Board. However, critics claim that the IOC Athletes Commission’s members cannot be outspoken opponents of IOC policies as they have to swear the Olympic Oath and therewith promise to step aside from all political and social interests, and solely act in the interest of the IOC.4)

In recent years, athletes have begun to challenge the governance structures within the Olympic Movement. Dissatisfied with the lack of involvement in decision-making processes and independent bodies such as Global Athletes, the Athletics’ Association, or the International Swimmers’ Alliance have been created to provide athletes with a more powerful voice in sport. Those organizations are committed to human rights and anti-discrimination and challenge the political neutrality of sport organizations. Maximilian Seltmann highlighted their plea for the integration of internationally recognized human rights into the Olympic Charter.5) The IOC has moved slowly in this regard, but formalized a human rights commitment in the new Host City Contracts for future Olympic Games hosts.6)

Such demands have gained momentum since the death of George Floyd in May 2020 and the resurgence of the Black Lives Matter movement. The independent athletes organizations as well as countless individual athletes have engaged in a new wave of athlete activism and protest against racial discrimination in many sports. Individual NOCs supported the athletes and promoted their demand to allow certain forms of human rights protests.7) In response, the IOC relaxed its application of Rule 50 at the 2020 Tokyo Olympic Games, allowing free speech in interviews and meetings, opening up a possibility for athletes to make political statements. However, the prohibitions for the sporting arena and during the ceremonies remained.

Throughout history, the IOC always faced tough choices when it dealt with freedom of speech. It attempted to act within the framework of international human rights law whilst it continuously promoted the autonomy of sport from all political interests. The growing popularity of the Olympic Games and global media coverage has proven to be a disadvantage in resolving this dilemma. The broadcast of the event provides a unique platform for voicing political messages, an opportunity sensed by many to take action. At the same time, the IOC requires media attention to spread the Olympic idea and would face significant financial losses without the extensive broadcasting of the Games.

At this point, it does not seem that the IOC will move away from its general, apolitical stance. And why would it? The IOC’s core business is sport and not solving political issues. True, Coubertin intended that the Olympic Games initiate social reform, but the starting point was sport, not politics. The pressure on the IOC does increase, however. For example, athletes expelled for political expression could bring Switzerland, as the host of the IOC, before the European Court of Human Rights (ECtHR) for failure to protect individuals’ right to freedom of expression under the Convention against encroachments by private entities.8)

That said, and here a significant distinction is to be made, upholding the apolitical nature of the Olympic Movement does not mean that the IOC cannot make rule changes that would allow athletes to at least demonstrate against discriminations, by showing solidarity for the Black Lives Matter movement or challenging gender discriminations, which are contrary to the letter of the Olympic Charter. Allowing athletes the freedom to express their views on such issues does not necessarily mean that the Olympic Movement becomes “political”. Rather, a relaxation of the IOC’s stance would show a true commitment to anti-discrimination and human rights. 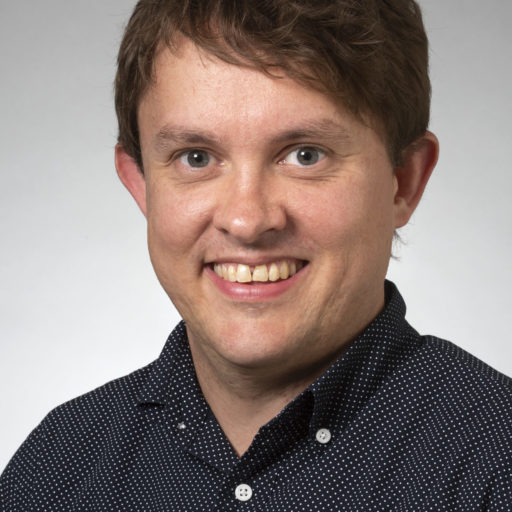 Jörg Krieger Dr. Jörg Krieger is Associate Professor at Aarhus University, Denmark. In his research he focuses on the history of sport and governance issues in sport organizations.