Formalizing a ‘tradition’ of suppression

On April 11, 2021, Kyrgyzstan held a referendum on the adoption of 81 amendments to its Constitution, which almost amounts to an entirely new Constitution. The initiator of the amendments was Sadyr Japarov, who won the presidential elections on January 10, 2021. The newly-elected President believes that the new Constitution would stabilize the situation in the country, after a change of leadership and a period of chaotic rule. Therefore, the core of the new Basic Law is the transition from a parliamentary form of government to a presidential one, where the powers of the head of state are significantly expanded. 79,24% of voters supported the new Constitution at the referendum.

Certain articles of the Constitution do not reflect the high level of international human rights standards. In particular, if we talk about women’s status and rights, the following provisions can be distinguished, which, in a specific subjective interpretation, can play in resistance to the position of women in Kyrgyz society.

The new Constitution’s preamble now emphasizes the importance of the spiritual and cultural foundations of Kyrgyz society: “following the traditions of our ancestors, continuing to live in unity, peace, harmony with nature, based on the precepts of Manas the Magnanimous”. This quote replaces the words of the preamble of the old 2010 Constitution, about striving for a free and independent democratic state.

In parallel with the new Constitution’s theme of traditional inclinations, a new chapter on the spiritual and cultural foundations of society has been introduced. Article 21 now contains a nod towards the traditions and customs of the Kyrgyz people. Some interpret the cementing of traditional values in the Constitution as a change in priorities, towards the erosion of the weight and significance of human rights and fundamental freedoms, should they conflict with traditional values.

The girls and women of the Kyrgyz society did not always benefit from their ancestors’ traditions. The practices of “ala-kachuu” (bride-kidnapping), “kelinism” (new brides’ forced subservience to their mothers-in-law in their husbands’ households) and early marriage, despite deep traditional roots, often run counter to the rights of Kyrgyz girls and women. Namely, in their most extreme manifestations, these traditional practices are forms of violence against girls and women. One striking, recent case was that of a young girl who was bride-kidnapped and murdered, which caused an uproar in the Kyrgyz and international community. Unfortunately, bride-kidnapping and other remnants of the past are still justified by some to be a traditional practice, while in fact, they are criminalized acts.

Given the orientation of the adopted Constitution towards traditions and customs, the above-mentioned forms of violence against women, subjectively, can be interpreted as reverence for the traditions of the ancestors of the Kyrgyz people.

The preamble of any document, as a rule, establishes its main motives and objectives, thereby indicating the direction of the entire document and its influence on other articles. Considering the ‘traditionally’-oriented preamble of the new Constitution, one can see how it weaves its branches into the following articles.

Further, Article 10(4) of the new Constitution, in order to protect the younger generation, establishes a ban on events and the dissemination of information that “contradict moral and ethical values, public consciousness of the people of the Kyrgyz Republic”.

Given Kyrgyzstan’s unpleasant experience in holding women’s marches on March 8 – International Women’s Day – and women’s movements in general, this provision could formally limit women’s rights to hold such events. While Kyrgyzstan was the first Central Asian state to hold Solidarity Marches from 2016 in support of women’s rights, these efforts were broadly criticized or even forcefully interrupted. Within the country’s prevailing homophobic sentiment, in many cases, these marches were perceived as LGBTQ+ support movements. Creative expressions for gender equality, such as the Feminale festival, trying to direct attention to the problem of woman’s status in modern society, were also met with angry reactions from certain MPs and social groups, such as the national patriotic movement Kyrk Choro (Forty Knights). As a result, the Ministry of Culture censures these forms of creativity.

The provision will likely violate human rights, including the freedoms of expression, peaceful assembly and association. In addition, the concepts of “moral and ethical values” and the “public consciousness of people” are vague, undisclosed and not legally defined concepts at the international level, which in turn may also be subject to arbitrary interpretation and enforcement.

The Courts of Aksakals (Court of Elders)

Continuing the theme of previous provisions negatively affecting women’s rights, the Constitution can also affect another right – the right to fair trial, specifically in cases of domestic abuse.

Article 59 of the 2010 Constitution had already acknowledged the existence of Courts of Aksakals. These are extrajudicial public bodies, with competence on civil cases and acting as a post-sentence authority for minor criminal offenses. Apart from legal norms, they are guided by their conscience, personal convictions, morality and ethics, historically formed from the Kyrgyz customs and traditions. However, the new Constitution addresses them more extensively (Article 115), expanding the role of Aksakals’ Courts in the judicial system of Kyrgyzstan.

While recognizing the salient features of conciliation inherent in the Courts of Aksakals, as well as their traditional value and importance in Kyrgyz cultural heritage, their parallel functioning with the courts of general jurisdiction can be problematic. The UN HRC has recognized that such courts do not fully respect guarantees to a fair trial. In particular, the decisions of the Aksakals’ Courts negatively affect women in violation of the principle of non-discrimination based on gender. For example, when it comes to the consideration of cases of domestic violence, according to the OSCE, in most cases, the mechanisms of Aksakals’ Courts lead to the reconciliation of the parties, while the Aksakals’ Courts do not have the power to issue protective orders, provide support and assistance to victims of violence, or to order the arrest of an abuser.

Considering all above, the new Constitution lacks a grounding in the rule of law principle. Instead, it places a bold emphasis on ancestral traditions and moral values, thus, giving a great priority to oftentimes regressive, discriminatory or criminalized family and religious values.

Evidently, all the considered provisions bear a traditionalistic rationale, which, even without explicitly indicating it, conceal much bigger concerns. The preamble establishes the general orientation of the Constitution towards honouring traditions and customs. Then, this idea smoothly flows into the provisions on the prohibition of measures that contradict moral and ethical values. Eventually, we arrive at the articles that elevate the importance of custom-based Courts of Aksakals in the judicial system. Together, these clauses can ultimately lead to significant adverse consequences. The fundamental human rights of women, such as freedoms of expression, association and peaceful assembly, as well as the right to fair trial will be further restricted, and in the future, these limitations may extend to other rights. Moreover, all kinds of conventional forms of violence against women and girls will be justified by traditional and customary considerations. This will be a great rollback to the patriarchal past, where women will be suppressed further, subjected to even greater violence and will not be able to either exercise or defend their rights.

Of course, considering who will interpret the provisions and how, the extent of the harm may vary. Either way, the fact that certain articles are written in violation of international human rights standards is obvious. In the end, this constitutional reform will be a big step backward, which could lead to new social and political upheavals in the future, considering, in particular, Kyrgyzstan’s colourful history of women’s activism. Or, in the worst case, the neo-traditionalist orientation will remain in force, thereby developing into an autocracy, where traditions, customs and morality will take power over the Law. 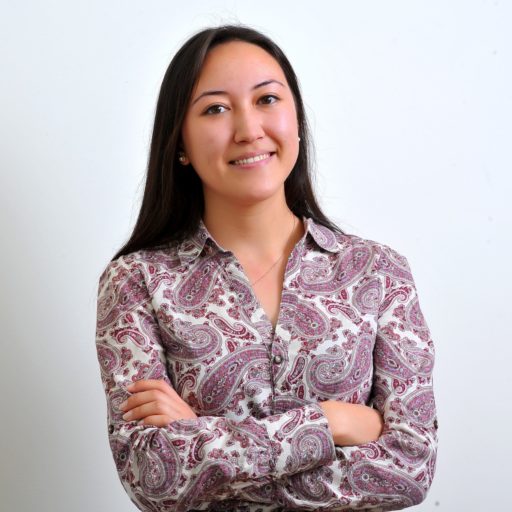 Asylai Akisheva Asylai Akisheva is a PhD candidate at Koç University Law School in Istanbul. Her main area of research includes Gender and the Law and Women’s Rights in Central Asia.