Western history is largely a history of writing its own history.  From Thucydides, Livy and Tacitus to our own time, most of what we call ‘History’ consists of ‘histories’ – events situated in time and place to instruct contemporaries and posterity. With the Enlightenment, however, questions start to arise as to whether ‘History’ is something more. Amidst what are by that time innumerable ‘histories’, figures like Kant, Hegel, Marx, and Nietzsche ask about inherent patterns and therefore underlying meanings to History. Is History more than just ‘one damn thing after another’, more than a never-ending cascade of disparate narrations? Does anything about History shed light on the character of ‘the human condition’ (if there is such a thing)? To be sure, writers like Herder and Savigny would cast doubt on that ‘Big History’ enterprise, which, as such a roster of luminaries suggests, had become a Teutonic obsession, given Germany’s post-Enlightenment anxieties.

With the advent of post-colonial theory, ‘Big History’ soon looked like little more than crude generalisations about Europe – crudely projected onto all humanity. Yet, far from dismantling speculation about ‘History’, those scepticisms have re-invigorated it. In calling for greater nuance, they render all the more compelling questions about what we mean by ‘history’ and why we write and debate it.

Law as a normative system

The post-Cold War world has witnessed a flurry of scholarship about law and historical memory, that is, about states’ recourse to legal means of shaping public consciousness about the past. There is nothing new about the subject matter as such. Historians have long observed how governments propagandise about the past, for example, by glorifying founding fathers and battlefield scenes – or indeed by censoring voices that dissent from official narratives.  Does this ‘new’ field of law and historical memory amount to nothing more than legal academics dashing on a train driven by historians for a very long time?

The recent legal scholarship differs from familiar historians’ approaches precisely in the ways that ‘Law’, as a specific object of study, differs from ‘History’ writ large. Law is an overtly and pervasively normative social system.  It interweaves with broader political and ethical contexts whilst nevertheless pursuing its characteristic logics and dynamics. To identify law and historical memory as a scholarly area is to identify those processes as germane to any detailed understanding of the mechanisms by which governments exercise power to shape public consciousness. Of course, historians certainly can and sometimes do undertake that task; but undertaking it at a sustained level of detail means that they are indeed doing specifically legal scholarship.

A central problem for legal theory is what it means for a social system to be ‘normative’. A ‘man on the street’ view commonly grasps law along the lines of a quasi-criminal law paradigm, that is, in terms of commands and sanctions: law tells us what we may and may not do, and what will happen if we transgress.  Unsurprisingly, the field of law and historical memory has emerged largely out of controversies surrounding norms taking a conventionally punitive form, in particular, criminal bans on Holocaust denial.

To move beyond that familiar model is to appreciate other, less obvious yet more powerful forms of law. In addition to such anti-negationist bans, for example, states may provide for Shoah education in primary education or in national media programming. Traditional histories have certainly noticed as much, and yet may inadvertently present those avenues as non-legal – as ‘alternatives’ to legal processes. That view overlooks the fact that public education and media are just as much state domains, subject to fully-fledged legal creation and management, as any criminal statute or courtroom.

The periodic prosecutions for Holocaust denial may boast a certain high-profile allure, provoking all the usual roars and sneers; and yet it is the generations nurtured on a national curriculum reinforced by regular media programming who are far more likely to carry the state’s desired message into their broader understandings of history and society. If, for example, we wish to identify a broad German consciousness of the Holocaust – as much as there is such consciousness – we learn more from the basic school curriculum than from mediatised criminal prosecutions.

As we must forever learn anew, law proceeds not merely, or even primarily, through criminal sanctions – the baton-wielding cop lurking behind our every move. More often than not, no such cop exists. Rather, law largely operates through less overtly punitive yet more systemic channels, such as schools and media. (I say ‘less overtly punitive’ rather than ‘non-punitive’, since the state can of course penalise the rebellious school teacher or broadcaster.)

Yet the paradigm of anti-negationist bans as decisive for the emergence of this new discipline, although certainly probative, risks focussing us too narrowly on Western assumptions. Western European bans on Holocaust denial have certainly sparked important debates, but against a backdrop of states generally securing robust freedoms of thought and opinion, as confirmed by those bans’ generally limited, indeed often little more than symbolic enforcement records.

Once we venture beyond the Oder, Neisse, and Danube, we find a panoply of legal channels exploited with far broader scope and far more questionable aims.  Russian, Turkish, Polish, Hungarian, and other governments are using education, media, and culture to cast their states only as victims of major atrocities, never as perpetrators. Increasingly severe punishments threaten – and thereby silence – critical voices that would call attention to those states’ often egregious complicities in crimes against humanity. (To be sure, we ought not to exaggerate that distinction between ‘Western’ and ‘non-Western’. Attempts by Southern US states to eliminate histories of slavery and segregation from school curricula, to name only one example, pursue the same anti-intellectual aims.)

A peripheral discipline?  A foundational one?

Bearing in mind that general sense of the object of this new scholarly discipline, a further question arises about its status. Is the discipline nonetheless an essentially specialist one, raising questions only for small handfuls of initiates? Quite the contrary. Strictly speaking, anything ‘past’ forms part of history. In practice, however, the discipline of law and historical memory inevitably focusses on traumatic events, as we observe in virtually every publication on the topic. In contemporary law, ‘traumatic’, in turn, entails essential links to internationally recognised human rights violations.

It is no accident that international and public legal domains widely recognise human rights as, in some meaningful sense, fundamental, that is, as foundational for the legitimacy of a legal regime. In a nutshell: a government’s attitude towards law and historical memory becomes a crucial, perhaps even the crucial, benchmark of its attitudes towards human rights and towards the legitimacy of the legal regime over which it presides.

We nonetheless risk seeing the discipline as marginal because law, including human rights law, treats public discourse as, at best, just one of a variety of human goods. ‘Rights’ of free expression are viewed as no less, but also no more important than other human goods, such as food, water, privacy, religion, and the like. As indeed a statement of human goods that view is incontrovertible. It is a commonplace that free expression is ‘no good’ to someone lacking food and water – a standpoint that, after centuries of theory, underscores our constant tendency to theorise even the most patent political problems through a ‘state of nature’ abstraction, as if we’re all living out in the woods, wondering whether it’s more important to speak or to eat.

When it comes to human rights – that is, to human goods as objects of norms within fully-fledged legal systems – it is by no means clear that free expression ought to count as ‘just another’ right. Jürgen Habermas rightly suggests that public discourse represents a Kantian synthetic a priori, that is, the condition for the very possibility of any seriously participatory politics, and therefore of any legal system linked to such politics.

Yet even Habermas ultimately collapses the legal status of public discourse into the ‘right’ of free expression merely co-existing with the panoply of ‘rights’ which it is supposed to have founded in the first instance. As I have suggested elsewhere, once we assign legal standing to public discourse as a condition for both democracy and human rights, the field of law and historical memory – which is nothing other than a society’s matrix of discussion on its origins and values – can come to assume a premier place among the objects of legal analysis. 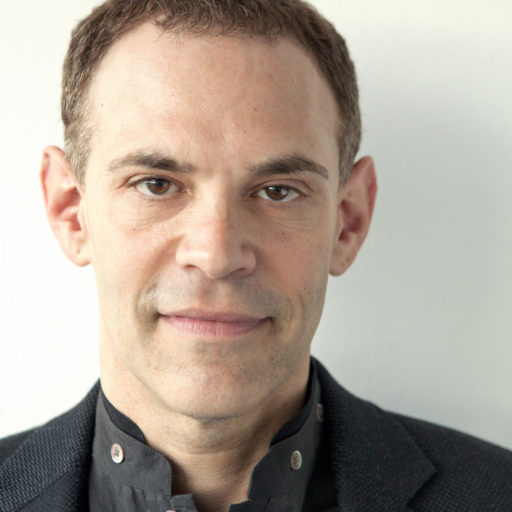 Eric Heinze Eric Heinze is the Professor of Law & Humanities at Queen Mary University of London and EU-Consortium Project Leader for MELA (Memory Laws in European and Comparative Perspective).
2 comments Join the discussion
Go to Top