No doubt, the Covid-19 pandemic has thrown the world into a deep social, cultural and economic crisis. Crisis literally means turning point. The question then is: in what direction are we turning? One could be towards the ever worse ending in deep despair. Such trajectory is indeed highly probable, especially if we take the perspective of those who have long suffered from civil and proxy wars, failing governments, droughts and cyclones, or the financial meltdown. Now the pandemic has come on top of that, with its death toll, the tremendous rise of public debt, and the collapse of entire sectors of international commerce, all this increasing the ever more pressing problem of global migration.

However, rather than getting stuck in desperation a different perspective is also possible, and I will concentrate on that. It is to see the current crisis as a potential turning point to the better, as a window of opportunity for sounder politics and policy. I have six observations on possible lessons that may be learned from the pandemic and become useful for environmental governance.

The culture of public discourse

Over the past 10 years the public culture of grounded deliberation about truth and evaluation was about to break down. It came under pressure by populist attacks that replace the search for objective cognition and reasoned opinion by the number of “likes” a proposition attracts no matter what content it has. (As an aside: It would be interesting to know if there are hidden connections with postmodern constructivism). The pandemic has been a test of the strength of acceptance or denial of facts, such as whether the number of infections and deaths matter or not. It seems that those taking the facts seriously are about to win the game. This would be an experience to be referred to in climate policy when it comes to appreciating scientific findings.

The revival of determined regulation

Governance of the EU and many member states has over the last two decades lost zeal to take binding regulatory measures. It has rather relied on soft means such as policy papers, principled or framework legislation, “co-regulation” with economic actors, economic incentives, self-regulation, recommendations, guidelines, open method of coordination, persuasion and “nudging”, as the fancy modern term is, supposing that precise “command and control” would be difficult to be accepted and followed. In contrast, the “Corona” shutdown has taught us that in urgent situations society is much more prepared than many previously assumed to accept strict regulation entailing deep interferences with basic personal and economic rights. This willingness to abide by restrictions, at least if they are flanked with subsidies, may nourish confidence that governments can also take regulatory measures when aiming at environmental protection. This optimistic view must admittedly be put into perspective by the fact that the citizens have become less cautious over the months, and that opposition to harsh measures has been uttered through protests and some media. But on the whole a sense of compliance has prevailed.

Climate change is about to throw the global population into times of scarcity: scarcity of natural resources such as arable and buildable land, scarcity of allowable utilisation like greenhouse gas emission rights, and scarcity of remedial means like compensation for damages. Scarcity necessitates that the resource is portioned and the portions are allocated to users. But according to what criteria shall that be done? Tragic choices will have to be made between often incommensurable interests, such as between lives and jobs. The pandemic has pushed us into that very situation: Are the vulnerable elderly people a good reason for a shutdown of the entire public (and private) life? Who shall be provided with intensive care – corona patients or those suffering from severe cancer? Who shall be the first that are vaccinated? Once we have overcome the pandemic: Can we learn from it how to find, legislate and implement criteria for difficult choices about allocating scarce natural resources?

The greening of the economic uptake

The economic depression caused by the pandemic will in many respects be a start from zero. The new uptake may be an opportunity for a radically different trajectory towards stark sustainability. Indeed, many subsidy programmes and regulatory steps are aimed at better environmental protection. For instance, German subsidies for the car manufacturing industry set a clear priority for electric cars. Britain even plans to ban sales of petrol and diesel cars by 2030. Thus, the pandemic has provided the chance of resetting the economy on a greener path.

A new modesty and resulting de-growth

Although the mainstreaming of sustainability is in principle commendable, most of the related programmes still entail economic growth and with that an increase of the consumption of natural resources. Green growth is after all still growth. For instance, the subsidies for electric cars will dramatically increase demand for wind and biomass based electric power, causing detrimental side effects on biodiversity, not speaking of the material that goes into the cars, be it metal, plastic, and in particular “blood metals” like cobalt for accumulators and batteries. Therefore, de-growth must be put on the agenda. One major incentive for that is less consumption. Again, a lesson may here be learned from “Corona”. The pandemic has been an exercise in modesty, in forcing us to ask ourselves if we need to own a car, eat meat, spend holidays abroad etc.

Admittedly, it would be naïve to ask for de-growth without considering the effects this will have. Less consumption will cause less production, less services, loss of employment, loss of income for social security payments, loss of tax revenue. Such slowing down of the economy of course raises more fundamental questions about how to reduce, divide and allocate labour, and how to find new sources for social security and tax revenue. I cannot venture into this vast field of new ideas and discourses but wish to hint just at one suggestion. This is much concerned with the rising importance of automation that is also propelled by the digitalisation incited by the pandemic. I believe we should discover automation, robotics and digitalisation as value creators. Taxes and social security charges drawn from those sources of value would easen the burden on labour which has hitherto been regarded as the major value creator and as such source of public revenue.

A test of the proficiency of politicians

A successful radical transformation to sustainability requires high professionality of politicians. Could the pandemic be a learning exercise in that respect? May those countries that cope with the pandemic have learnt a lesson about how to master climate change as well? The answer certainly depends on the different governance systems. Let me discuss just two of them.

China has delivered the proof of governance capability to control the pandemic, but obviously at the high cost of citizens’ freedoms. In a dictatorship, the public welfare depends on the ability and responsibility of the leaders. This means that there is a high risk of failure. Indeed, although the rhetoric of the Communist Party and the recent environmental legislation have become environmentally conscious, the practice of industrial and infrastructure development still prioritises abstract economic growth. Leapfrogging from an underdeveloped to a truly sustainable economy does not seem to be a topical issue.

Looking at the United States and Brazil, the present governments are apparently dominated by irresponsible egoistic cliques who use nationalist and reactionary ideologies as opium for the people. Such populist plutocracies (as they may be labelled) deregulate environmental protection and foster economic growth for the benefit of the rich. Irritating facts such as the pandemic are camouflaged by fabricated truths. However, the pandemic may be a test case where the leaders who ignore it all of a sudden appear as incompetent hazardeurs so that they are likely to be voted out of office. Eventually, however, the governments of these countries are built on principles of democracy and the rule of law. This may create a chance for more responsible governments being elected instead. The outcome of the US election has proven this to be true. Thus, the pandemic has had some kind of cleansing effect for the better, also of environmental politics.

To use the famous metaphor of Georg Friedrich Hegel: “The owl of Minerva takes its flight only when the shades of night are gathering”. This cautioning when theorising on evolving cases of course also applies to my submission. It thus remains to be seen whether the pandemic may be regarded as a learning exercise for better environmental policy. 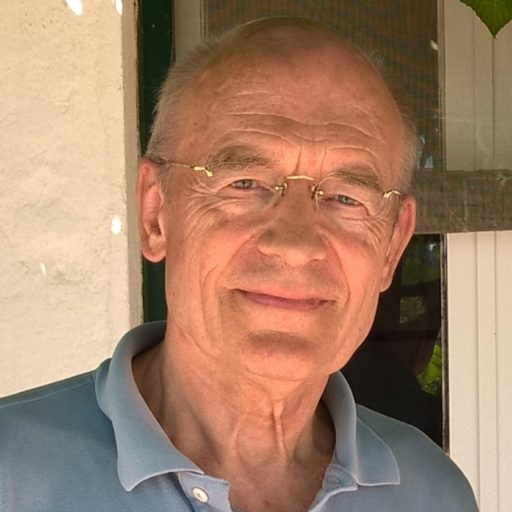 Other posts about this region:
World 1 comment Join the discussion
Go to Top