On Monday, August 4, 2750 tons of Ammonium nitrate exploded at the Beirut port. The explosion killed around 200 people, injured over 6,000, and destroyed the homes and livelihoods of an estimated 300,000. A massive catastrophe for the crisis-ridden country. Years of political deadlock have driven Lebanon in one of the worst economic crises in its history. The protests of late 2019 successfully overthrew the government, but the system of political power-sharing and its key players stayed intact and produced yet another government unable to implement urgently needed reforms. Despite the government’s resignation one week after the explosion, people are back on the streets, demanding accountability and in-depth reforms. What are the chances of change in a state whose institutions have been captured by nepotism and corruption for decades?

I. A Divided Society

The Lebanese state is based on a consociational power-sharing system, originally designed as a transition plan to calm inter-religious feuds, which found their peak in the civil war from 1975 to 1990. Political parties are formed along confessional divisions. State functions are divided by sects: Parliamentary mandates are apportioned among the 18 officially recognized confessions, the three most powerful positions are reserved for the biggest religious groups in the country. The President of the Republic must be a Maronite Christian, the Prime Minister a Sunni Muslim, and the Speaker of the Parliament a Shia Muslim. Most of today’s political leaders are prominent figures of the civil war or belong to families which have become inseparable from the top positions of their respective party.

Lebanon is often described as a deeply divided country. The shrinking Christian population fears to loose power against the Muslim communities. With the Taif Agreement that ended the civil war in 1990, political representation was divided equally between Christians and Muslims, despite the growing disparity of their demographics. This binary division, however, is a classification with little analytic significance. Another division consolidated in the 2005 Cedars Revolution, ignited by the assassination of the former Prime Minister Rafik Hariri (STL verdict, 18.08.2020), resulting in the end of the Syrian occupation: The anti-Syrian March 14 Alliance, lead by the Sunni Future Movement and the second biggest Christian party, the Lebanese Forces and the pro-Syrian March 8 Alliance, lead by the biggest Christian Party, the Free Patriotic Movement, alongside the Shia parties, Amal Movement and Hezbollah. The 2018 parliamentary elections resulted in a clear majority of the March 8 Alliance (69/38). However, both blocs were represented in a national unity government, as they were in five out of eight governments since 2005. This form of political accommodation, with the parliamentary opposition included in the government, significantly impeded its capacity to act.

II. The Disaster before the Catastrophe

Although sectarian affiliations remain an important category of political identity in Lebanon, other fragmentations have become more and more apparent in the Lebanese society. The protests of late 2019, commonly known as October 17 Revolution, have revealed the frustration of an economically disadvantaged part of the Lebanese society, across sectarian lines. Furthermore, the protests were lead by a young generation, a generation willing to overcome the democratic deficit of consociational power-sharing and corrupt elites. These fragmentation lines (poor/rich, young/old) have continuously grown in the last couple of years and found their political manifestation in the protests that overthrew the Hariri government in October 2019.

However, the formation of a new government in January 2020 demonstrated the power and resilience of the political elite. Although demands for a government of technocrats were partially met by the new cabinet that included several university professors and other experts, appointed to an important political position for the first time in their career, the power structure in the background remained untouched. Although the new government broke with the unity formation of its predecessor, being backed by the March 8 Alliance exclusively, it was unable to implement major reforms.

After the past government’s inability to secure the $11 billion pledged by international donors at the 2018 CEDRE conference on the condition of administrative and fiscal reforms, the new government failed to negotiate a $10 billion loan program with the IMF. With the COVID-19 pandemic, the Lebanese economic crisis worsened drastically. The Lebanese Pound lost up to 80% of its value, 50-60% of the population plunged below the poverty line, with the already poor struggling to afford basic foods and services.

In mid-March, the government declared a “state of general mobilization”, restricting public gatherings and international travel, closing educational institutions, and non-essential private businesses. Additionally, it imposed nighttime curfews when rising COVID-19 case numbers were detected. The state’s measures, but also the people’s self-commitment in light of weak medical infrastructure, decimated the public protest against the political system, mismanagement, and corruption.

III. “MY GOVERNMENT DID THIS”

Walking alongside the destroyed port today, black letters mark the concrete wall next to the sidewalk: “MY GOVERNMENT DID THIS.” Despite the currently ongoing investigation of the explosion, it has become apparent that the ammonium nitrate had been stored at the port since 2014. Next to the question of how it was ignited, the politically pivotal question is, who knew and did nothing to remove the dangerous chemical compound from Beirut and to store it adequately. Early reports have claimed that the state’s main institutions, including the government and the presidency, had been informed several times since 2014, the last time in July 2020.

Due to the massive destruction and need for help, major protests did not evolve until four days later. The state had failed to help the victims of the blast. Rescue squads were formed by volunteers, who also organized immediate support in the form of food supply, cleanups, and temporary shelter, while military and police forces were not be seen. After his ministers started to resign in the days subsequent to the explosion, prime minister Hassan Diab announced his resignation on Monday, 11 August.

Two days later, the Lebanese parliament approved a state of emergency, giving extensive powers to the military for a period of two weeks. The jurisdiction of the military court was expanded over civilians for “crimes related to the breach of security”, the military was put in charge to decide whether to prohibit gatherings, impose house arrests and censor publications. Excessive force to push back protests has been reported. On Tuesday, 18 August, the general secretary of the Council of Ministers decided to extend the state of emergency in Beirut for a full month until September 18, 2020.

This decision raised harsh criticism as it was not based on the constitutionally necessary two-thirds majority in the Council of Ministers (Art. 65), but on the verbal approval of President Michael Aoun and caretaker prime minister Hassan Diab. Moreover, it was not published in the form of a decree with the approval of the Parliament but a mere administrative statement. Most importantly, the extension of the state of emergency does not provide relief in the aftermath of the Beirut catastrophe or additional health measures to combat the COVID-19 pandemic. It is rather employed to secure the state and its power structure against the sweeping anger of the Lebanese public.

In the wake of the Beirut explosion, the international community was quick to respond, notably  France, whose prime minister Emmanuel Macron visited Beirut two days after the catastrophe. Lebanon’s former colonial power organized an international summit, which raised over $250 million for emergency aid, directed to non-governmental organizations on the ground. Additionally, the United Nations launched a $565 million flash appeal to support relief and recovery efforts. In dispensing the aid, it will be vital for the international community to avoid Lebanon’s state institutions, which have suffered from corruption for decades.

Lebanon is a captured state. It’s institutions have been occupied by the same group of people since the civil war. The sectarian power-sharing has established a balanced system of clientelism, nepotism, and corruption. Political leaders are either born into their role, have been prominent warlords with own militias during the civil war, or have enough money to enter Lebanese politics successfully. Who thought prominent political figures, such as the President of the Republic Michel Aoun, the Speaker of the Parliament Nabih Berri or the major party leaders Gebran Bassil (FPM), Saad Hariri (Future Movement), Samir Geagea (Lebanese Forces), Walid Jumblatt (Progressive Socialist Party) or Hassan Nasrallah (Hezbollah) would assume at least partial responsibility for the political negligence and mismanagement that paved the way, if not caused, the Beirut explosion, was proved wrong.

The declaration of the state of emergency and official statements in the last two weeks have illustrated the political elite’s persisting claim to power. What are their options? Outgoing prime minister Hassan Diab has called for early elections, which was echoed by opposition leaders who hope for a strengthened March 14 Alliance. Early elections would have to be conducted on the basis of the 2017 electoral law, which introduced minor improvements but failed to provide substantive change for a gridlocked political sphere. The ruling parties could also aim to form a new government independently or suggest a return to a national unity government, with the option of Saad Hariri returning as prime minister.

For the people on the streets, who have continued to fight for change after the October 17 Revolution, these options are not satisfactory. The return to consensus politics under the lead of Saad Hariri would annihilate the Revolution’s only major accomplishment. Civil society actors have called for a transitional government with independent members, tasked to prepare a new electoral law on a non-consociational basis, leading to abolish the institutional deadlock and paving the way to comprehensive constitutional reform, if not an entirely new constitution. However, chances of fundamental change are small. Despite the public anger and the vocal protest movements, many Lebanese would vote again within their sectarian denomination, if given the chance. The fear of political insignificance, of cultural overpowering, is present in a society that fought violently for decades to achieve a state of mutual tolerance.

V. The Chances of Change

Lebanon is at the brink of becoming a failed state. It is unable to provide basic services. Electricity breaks have become the rule, not the exception. Public Education, healthcare, social protection, water supply, and waste management are just a few of the areas in need of reform. Without an international bailout, Lebanon’s economic decline won’t stop. Without accountability by the country’s political leadership, the state’s democratic roots will rot further and give way to a full-on oligarchy.

Change overnight is unlikely and although the sectarian bonds are strong, new social stratifications have evolved into politically relevant communities: a young generation of Lebanese citizen, Palestinian and Syrian refugees in Lebanon, without prospects; a dying middle class; people facing the decision whether to emigrate or to join the protests for sustainable change. International aid and political pressure combined with continuous protests and civic engagement might be able to force the political elite to make concessions over time. A transitional government that listens to the protest movements instead of weaponizing the military against them is the minimum requirement for a democratic future in Lebanon.

Other posts about this region:
Libanon 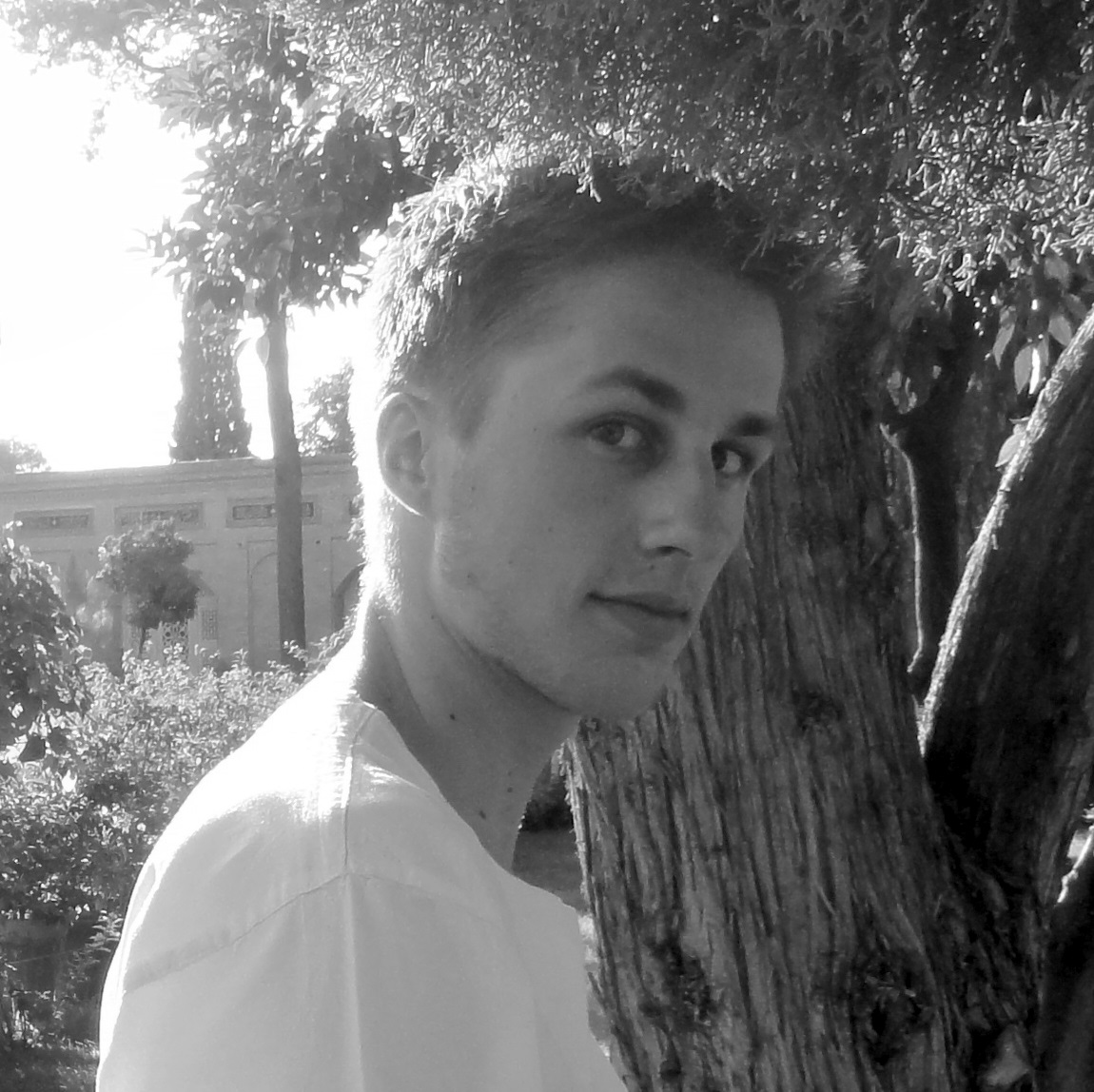 Other posts about this region:
Libanon 1 comment Join the discussion
to receive information about new articles and services of Verfassungsblog.de. I know that I may withdraw my consent at any time. More information in the privacy policy.
Verfassungsblog complies with the new GDPR.
Read about it in our Privacy Policy. I opt-out
permanently of anonymized tracking via Google Analytics on Verfasssungsblog.de. This will create a cookie on your device to save your decision.
Go to Top