Lifetime Imprisonment and the Identity of the Constitution

The Colombian Constitutional Court, Human Dignity, and the Substitution of the Constitution

By the end of 2021, the Constitutional Court of Colombia published its opinion on lifetime imprisonment. In its opinion from 2 September 2021, the Court held that life imprisonment is incompatible with two of the fundamental pillars of the Constitution: the social state of law and the principle of human dignity. In this blog post, we contextualize the Court’s reasoning and argue that the Court´s thesis of the “substitution of the Constitution” is innovative and bold, both in constitutional and comparative terms, but also raises complex questions regarding the role of courts and judicial activism vis-à-vis the control of the political branches of government in democratic regimes.

Even though the Colombian Constitutional Court’s judgment concerns domestic constitutional law, it must be read against the background of the punitive turn that has developed in both Global North and Global South liberal democracies since the seventies. Sustained by penal populism, the main response to criminal phenomena has been expanding and hardening the criminal justice and prison systems. Behavior regarded as threatening faces increasing criminalization, and not only imprisonment and prison on remand, but also lifetime imprisonment has been expanded.

Latin America has been a fertile ground for this punitive turn and penal populism. Just as in the rest of the world, imprisonment rates in the region have increased vertiginously during the last three decades. During this period, they doubled (107%), reaching 237 inmates per 100,000 inhabitants. These rates are among the highest globally: the world average is 145 inmates per 100,000 inhabitants and while the Latin American population represents 8% of the world population, its imprisoned population is 12%.

Colombia is no exception to this trend —its imprisoned population increased 462% between 1992 and 2018. In 2019, Colombia’s imprisonment rate was 247 inmates per 100,000 inhabitants (a 115% increase if compared to 1998), one of the highest in the region. Despite this high imprisonment rate, the introduction of lifetime imprisonment, which was banned by the 1991 Constitution, has been one of the recurring topics in the debate on the criminal justice system in Colombia. And indeed, following numerous reform attempts, Legislative Act 01 of 2020 introduced life imprisonment (revisable after 25 years of effective imprisonment) for murder and rape against children by changing article 34 of the Colombian Constitution.

The Debate on Life Imprisonment

The introduction of life imprisonment sparked an intense legal debate. The critiques of this constitutional amendment pushed forward two arguments: on the one hand, introducing this type of punishment to the Colombian legal system is not useful. Increasing penalties does not contribute to preventing or reducing crime when the true problem lies with the Colombian state’s weaknesses in investigating and punishing crimes and, therefore, with the high rates of impunity. On the other hand, several constitutional law scholars and activists argued that life imprisonment is also incompatible with the basic structure of the 1991 Constitution.

Consequently, from this perspective, Congress is not competent to introduce a structural change (like life imprisonment) that modifies the identity of the Constitution. This point of view is based on a line of cases by the Constitutional Court arguing that Congress cannot replace but only modify the constitution. The power to replace the constitution, the Court argues, rests exclusively with the people as primary constituent. To determine whether the legislature has exceeded its power to reform the constitution in a particular case, the Court applies the so called “substitution test”. The test is composed of three elements: (i) a major premise, that makes explicit the element or elements that constitute the basic structure or identity of the constitution; (ii) a minor premise, where it is argued how the questioned legal norm violates the basic structure of the constitution; and (iii) a conclusion that assesses whether the minor premise violates the major premise.

The decision of the Court has been applauded by some and criticized by others. The defenders of the opinion argue that not any kind of punishment is compatible with the principles and values of the constitution. In this regard, life imprisonment is indeed incompatible with the constitution because it completely denies those sentenced, no matter the crime they committed, the possibility to reintegrate into society, and therefore violates their human dignity. Critics, some of whom completely disagree with life imprisonment, offer the following general and specific arguments: (i) the substitution test is not part of the 1991 constitution. It is an invention of the Constitutional Court that violates the principle of separation of powers. The country’s criminal policy must be articulated by the legislative and executive branches, not by the judiciary; (ii) the concept „identity of the constitution“ is excessively vague and gives immense and unjustified power to the Constitutional Court. The primary constituent did not distinguish between necessary and contingent elements of the political charter. Specifying what the „essential“ elements of the constitution are requires a political judgment that a court should not make; (iii) the link between life imprisonment, resocialization, human dignity, and the substitution of the constitution is tenuous or requires the articulation of a chain of arguments that is too long. While changing the market economy for a centralized economy, replacing liberal democracy with one-party socialism, or replacing the republican system with a monarchical one are indeed issues where one could argue that the basic structure of the Colombian constitution would be transformed, it is not clear how it can reasonably be argued that life imprisonment violates human dignity and the identity of the 1991 Constitution. Not every violation of a constitutional principle supersedes the constitution. In a representative democracy, legislators have (and should have) a wide margin of appreciation to modify and develop the constitution; and (iv) a notable number of consolidated liberal democracies in the world that defend the principle of human dignity still impose life imprisonment, among others, Canada, France, Spain, and (under very narrow conditions) Germany. There is, therefore, no necessary or universalizable contingent relationship that would allow anyone to state that life imprisonment violates human dignity.

Indeed, the arguments of the critics of the Constitutional Court’s ruling on life imprisonment and the substitution test are compelling and must be taken seriously since they point to one of the key aspects of every democratic regime: the role and limits of courts in controlling political power. A progressive ruling that aims to protect core values of the constitution, like human dignity, may nevertheless become a risky form of judicial activism and even undermine democracy and the principle of separation of powers.

Nevertheless, any analysis of the Court´s opinion on life imprisonment should consider the political context within which it was issued. Even though this is a global problem, the structural weaknesses of both the democratic regime and debate in countries like Colombia intensify the problem that some responses to social issues are rather the outcome of electoral populism than of inclusive and open debates.

In this regard the legislative debate on life imprisonment is a good example since it completely ignored the voices of experts and social organizations and turned a blind eye on available evidence that, quite strongly, demonstrate that life imprisonment does not reduce nor deters crime, and disproportionally affects the human rights and dignity of those imprisoned.

In face of this democratic debate deficit, the Constitutional Court developed a jurisprudence that, through a strict test, considers the arguments of those social actors who had been excluded from the debate. In this sense, the Court’s ruling may be understood not simply as an expression of undemocratic judicial activism, but as a form of protecting the constitution in the face of populist threats to its core values, within a context of democratic deficit that hinders inclusive deliberation.

Conclusion: The Identity of Constitutions – Who Defines It?

The debate around ruling C-294 is just beginning. However, the debate already made explicit how some of the topics presently discussed in comparative constitutional matter on the ground: if constitutions have an “identity”, how do we identify the constitutive elements of a constitution? Should Supreme or Constitutional courts have the power to determine which parts of a political charter are immutable? And is life imprisonment indeed a question that should be discussed through the prism of constitutional identity and human dignity? No matter what the answer is, it is noteworthy how a provocative ruling issued by a Global South Court contributes to and pluralizes this global conversation.  And it is yet another indicator that it is no longer exclusively voices from the Global North that are shaping debates in comparative constitutional law but that innovative perspectives originating in the Global South are here to stay.

As director of the prison law clinic at Universidad de los Andes, Manuel Iturralde Sánchez filed, with other academics, the actio popularis against incorporating life imprisonment for murderers and rapists into the 1991 Colombian Constitution. 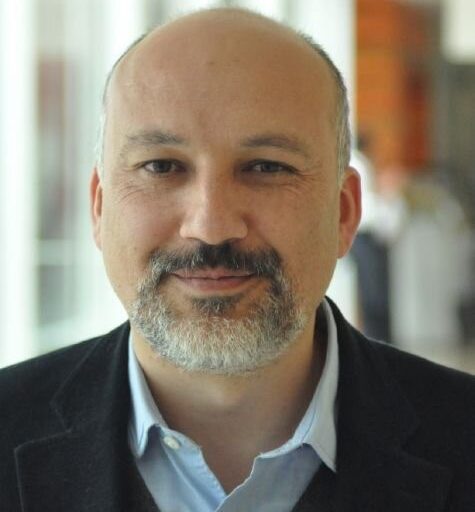