On 31 May 2018, the European Court of Human Rights (ECtHR) confirmed in two simultaneously published judgments, Abu Zubaydah v. Lithuania and Al Nashiri v. Romania, that two Eastern European States, Lithuania and Romania, were involved in the running of secret detention facilities of the CIA, so-called “black sites”, on their territories as well as their “complicity” in the execution of CIA’s secret extraordinary rendition programme for suspected terrorists. The ECtHR found that the detention and ill-treatment of both applicants in Lithuania and Romania were entirely at the hands of CIA officials, but that both countries knew “beyond reasonable doubt” of the CIA’s illegal activities on their territories. Consequently, the Court unanimously concluded that both countries committed multiple human rights violations, including Art. 3 of the European Convention on Human Rights (ECHR), because of their “acquiescence” of and “connivance” in US practices for terror suspects within their jurisdictions.

Both rulings are of significant relevance as the ECtHR takes a clear stance against the US practices of treating suspected terrorists in the context of the “war on terror”. The Court sharply criticises US black sites, the country’s programme of detaining and interrogating terrorists in secret detention facilities abroad (“High-Value Detainee” (HDV) Programme), as well as the CIA’s interrogation practices in general. While the judgments differ in the facts, the Court uses similar language when analysing the cases. Discussing the reasoning of the ECtHR, this blog post mainly focuses on the case of Abu Zubaydah v. Lithuania.

Abu Zubaydah and Al Nashiri were detained in 2002 by US authorities in Pakistan and the UAE respectively. Abu Zubaydah was considered by the US to be involved in the planning of the 9/11 terror attacks. He was the CIA’s first “high-value detainee” after 9/11. Al Nashiri, on the other hand, was suspected of orchestrating the bombing of a US Navy ship in Yemen in 2000 and is currently facing death penalty before a military commission in the US.

Lithuania and Romania were accused of enabling the CIA to secretly detain the applicants on their territories, thereby allowing the CIA to subject them to torture, incommunicado detention and various forms of mental and physical abuse. According to the applicants, both countries allowed the CIA to transfer the applicants from their territories to other secret detention facilities abroad exposing them to further similar treatment – and, in the case of Al Nashiri, to the risk of death penalty. Finally, they complained of the domestic authorities’ failure to undertake effective investigations into their cases (Abu Zubaydah, para. 3, Al Nashiri, para. 3).

The Court’s Search for the “Truth”

In the case of Abu Zubaydah, the Lithuanian Government argued that there had been no credible evidence confirming the applicant’s presence in the country and that he was detained and ill-treated on Lithuanian territory with the knowledge of the Lithuanian authorities (para. 423-46.). The Government also questioned the evidential value of media and other reports in the public domain (paras. 423-4) arguing that the facts of the case were built on leaked information, which had appeared in media.

While most cases involving a foreign actor and objections as to the State’s jurisdiction centred around the question of lack of effective control, in the present case the ECtHR had to determine whether the facts alleged by Abu Zubaydah were attributable to the Lithuanian State and therefore capable of falling within its jurisdiction (Art. 1 ECHR, paras. 410-1).

In light of a very extensive and detailed factual analysis spanning over 250 pages, one could easily get the impression that the ECtHR acted in the role of a first-instance tribunal of fact. While the Court stressed its subsidiary nature noting that “[i]ts role is not to rule on criminal guilt or civil liability but on the responsibility of Contracting States under the Convention” (para. 481), it also emphasized that the present case was substantially different as there was no possibility to obtain any form of direct account of the events complained of from the applicant (paras. 15-16, 484) who has had no contact with the outside world since his capture in 2002 (para. 486).

The Court based its establishment of facts largely on circumstantial evidence obtained through international inquiries, redacted documents released by the CIA, various publicly available sources of information as well as testimony of experts before the Court. A declassified US Senate Report of 2014 on torture was the key evidence as it disclosed significant information of transfer dates and interrogation schedules of CIA detainees. The report explicitly stated that the CIA cooperated with host country authorities, which in turn were provided with millions of dollars for their support. Another relevant source was the 2016 Resolution of the EU Parliament urging Lithuania, Romania and Poland “to conduct (…) thorough and effective criminal investigations into CIA secret detention facilities on their respective territories (…)” (para. 11 of the EP Resolution). The Court also relied on public knowledge of treatment of captured terrorists within the HDV Programme of the US, such as by reference to media reports. In 2005, the Washington Post reported of terror suspects held by the CIA in secret prisons, including in “several democracies in Eastern Europe”.

The ECtHR concluded that “even if the Lithuanian authorities did not have, or could not have had, complete knowledge of the HVD Programme (…) extensive and widely available information on torture, ill-treatment, abuse and harsh interrogation measures inflicted on terrorist-suspects in US custody which in 2002-2005 circulated in the public domain, including the Lithuanian press (…) enabled them to conjure up a reasonably accurate image of the CIA’s activities (…)” (para. 575, see also para. 586). The ECtHR decided that the established facts fell within Lithuania’s jurisdiction.

As regards the prohibition of torture, Lithuania violated the procedural aspect of Art. 3 ECHR as its authorities failed to carry out a proper investigation into Abu Zubaydah’s allegations (para. 621). In respect of the substantive element of Art. 3 ECHR, the Court held that the applicant had to undergo an “extremely harsh detention regime” (para. 640). Also here the ECtHR referred, among others, to public knowledge of US practices: “[w]hile the intensity of the measures inflicted on [Abu Zubaydah] by the CIA might have varied, the predictability of the CIA’s regime of confinement and treatment routinely applied to the high-value detainees give sufficient grounds for the Court to conclude that the (…) standard measures were used in respect of the applicant in Lithuania and likewise elsewhere following his transfer from Lithuania (…) ” (para. 639).

The Lithuanian authorities, so the Court, given their knowledge and involvement in the CIA’s activities, facilitated the entire process of the HVD Programme on their territory, created the conditions for it to happen and made no attempt to prevent the events from occurring (paras. 641-2). Furthermore, Lithuania cooperated in the execution of the CIA’s extraordinary rendition of Abu Zubaydah out of Lithuania, exposing him to severe risks of torture and inhuman or degrading treatment (para. 643). In the Court’s view, all of which amounted to “inhuman treatment” under Art. 3 ECHR (paras. 640, 644). In the case of Al-Nashiri, the ECtHR noted that Romania should also seek diplomatic assurances to ensure that the US would not subject him to the death penalty (Al-Nashiri, para. 734).

To conclude, the findings of the ECtHR have important legal and political implications. The Court made clear that the Member States to the ECHR are accountable for illegal activities of foreign secret services on their territories and that such violations will be not tolerated in Europe. On the other side of the spectrum is the US itself. Here, it remains to be seen whether the recent European judgments will have any effect for the applicants (e.g. before US courts) as well as on the treatment of suspected terrorists by US authorities in general.

Other posts about this region:
Litauen, Rumänien 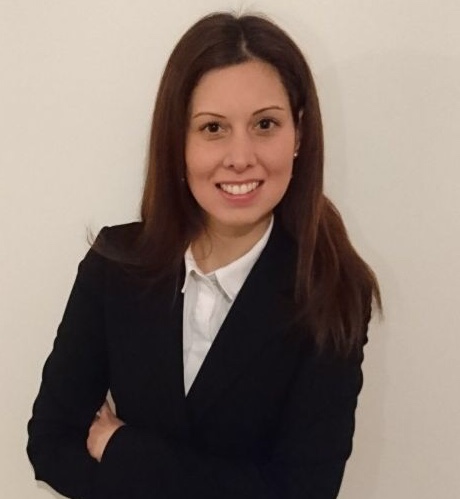 Other posts about this region:
Litauen, Rumänien No Comments Join the discussion
to receive information about new articles and services of Verfassungsblog.de. I know that I may withdraw my consent at any time. More information in the privacy policy.
Verfassungsblog complies with the new GDPR.
Read about it in our Privacy Policy. I opt-out
permanently of anonymized tracking via Google Analytics on Verfasssungsblog.de. This will create a cookie on your device to save your decision.
Go to Top