Do we still believe in freedom?

All around the world, countries have been imposing lockdowns to try to contain the spread of the deadly coronavirus, COVID-19. These lockdowns have severely restricted people’s movement and interaction with family members; they have had a drastic effect on social lives and religious worship; they have directly caused the loss of many jobs and they have plunged the world into a severe economic depression that will take a long time to recover from.

And yet, with some notable exceptions, these measures have been overwhelmingly accepted.

While there are men and women dying without the consolation of a familiar voice and others struggling to summon the energy to take the next painful breath, these might seem like trivial questions. While there are people waiting for news not knowing if their loved one is alive or dead and others going to funerals on live stream and grieving over Zoom, it can seem heartless to turn attention away from the rawness of all that agony for a moment to engage in a philosophical discussion on the nature of freedom.

But C.S. Lewis said in Oxford in 1939 that the work of learning and thinking must continue even during war-time because if we don’t have good philosophy then we will have bad philosophy. Even during a pandemic – perhaps even especially during a pandemic that is accompanied by widespread lockdowns – it is vital that we keep thinking carefully about freedom and the restrictions that we are living with.

If my goal is to win a tennis grand slam, for example: (1) I would need the freedom to take a leave of absence from my job (freedom as lack of restrictions); (2) I would need to have developed all the practical skills to become the best tennis player in that tournament (freedom as capacity to act); and, (3) I would need to be resilient enough to overcome inevitable setbacks along the way and to bear the burden of success (freedom as psychological accomplishment).

Let’s leave aside for now the third category of freedom as psychological accomplishment, which is a newer preoccupation within theories of freedom, although it may overlap with theological understandings of freedom that have longer histories.

More colloquially, it is known as the distinction between freedom from and freedom to. Negative freedom is freedom from external obstacles that limit or interfere with my choices while positive freedom is freedom to achieve goals that are rationally worthy of my efforts, seeing a connection between freedom and responsibility in relation to my own life and also the lives of others in the same community. Berlin, among others, argued that positive liberty carried with it a danger of authoritarianism, assuming that the state were to choose the goals to be achieved.

As a result, law’s role in protecting freedom usually boils down to protecting negative freedom. We write our constitutions so that they protect citizens from external obstacles that interfere with individual choices. We use fundamental rights provisions to articulate that the state is not permitted to interfere with our family life, our privacy, our property, and our freedoms of thought, expression, conscience, religion and association.

Negative freedom and the priority of choice thus became the prevailing hallmarks of liberalism and the foundation of liberal democracies.

But if we are defining freedom as freedom from external obstacles that interfere with my choices, then the lockdown restrictions are a strange case. If all we want is to have freedom of choice, without any responsibility for the lives and welfare of others, then we should all be out on the streets engaging in antilockdown protests, instead of thinking that it is the protestors whose concept of freedom is twisted.

The fact that we are prepared to live with these restrictions calls for an explanation, and there are at least three possibilities:

The first possibility is that we accept the restrictions because in fact they line up with our choices. In normal circumstances, we would want to work and to be free to see family and friends, but fear of contracting the virus has overwhelmed those choices and so they are not choices that we want to make at the moment. The restrictions are not problematic, on this view, because they are not asking us to do things that we do not already want to do. This explanation is inadequate, however, given the imbalance between mortality rates in populations under 65 (evidenced in Britain, Italy, Ireland, Spain) and the severity of the economic and social cost of restrictions on those same populations.

A second possibility is that we have become de-sensitised to value of freedom and that we do not object with sufficient determination to restrictions even though we should do. To put it more bluntly, the second possibility is that lacking a strong sense of solidarity and the psychological maturity to bear the responsibility of freedom, we walk ourselves sleepily into tyranny. The explanatory power of this possibility turns, in each jurisdiction, on the kinds of measures that were put in place, their legitimacy and longevity, but also on the strength of democratic opposition and responsible journalism. Avoiding this depressing scenario requires ongoing vigilance and critical analysis.

In the case of the first possibility or the second possibility, there is no real conflict between the restrictions and individual freedom because they have collapsed into each other.

The third possibility maintains that the lockdown restrictions are in direct conflict with individual freedom, but it says that, we are willing to endure even severe limitations on our individual freedom out of a sense of responsibility for the lives of others. We know that, because of the highly contagious nature of this virus, we hold the lives of friends and strangers in our hands and that their lives reasonably take priority over our choices.

Negative freedom always allowed that the state would sometimes deny our constitutionally-guaranteed freedoms when there are pressing public interest concerns, but only around the edges. The restrictions infringe on our freedom in a much more comprehensive and wide-ranging way and with lasting effects on economic wellbeing. They do not square easily with negative liberty within the liberal paradigm.

Could it be, then, that one of the realisations that we are having during this extraordinary time, is that our conception of freedom is not as self-centred as we might have thought it was? That the vision of freedom as the prioritisation of the choices of individuals by means of rights that cannot be interfered with is too narrow. That, as feminist theorists have reminded us time after time, we are also members of communities with a sense of solidarity with the vulnerable. That we recognise the value of self-transcendence and our vision of freedom is ambitious enough that it is not threated by care and responsibility for the lives of others.

These restrictions should not stay in place a minute longer than they need to – and all of us bear responsibility for ensuring that that does not happen – but at the same time it is worth pondering whether our understanding of freedom is more socially responsible than our theories of freedom have given us credit for. 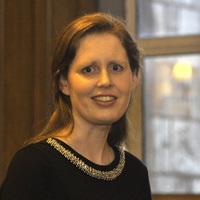 Maria Cahill Maria Cahill is Professor of Law at University College Cork and a Research Associate at the Programme for the Foundations of Law and Constitutional Government at the University of Oxford.