Majorities Need No Rights: A Commentary on Liav Orgad`s “The Law of Majorities”

Liav Orgad (2015) has written an admirably sensitive and learned book about besieged “majorities” in a world of global mobility and flux, especially that consisting of or conditioned by people moving across borders. It opens up an entirely new, dearly needed conversation on whether we need the concept of “majority”, which hitherto has remained legally and normatively uncharted. But is there really a case for a “liberal theory of majority rights”, analogous to a liberal theory of minority rights, both wishing to protect “personal identity and personal autonomy” (lead text, in the following “lt”)? Orgad has the right instinct that the care of the majority should not be left to the populist right but taken serious by liberals and the political mainstream. But the notion of a “distinctive cultural majority” (lt), which he presents as “the inevitable outcome of multiculturalism”, rests on an unreconstructed notion of multiculturalism; and at close inspection, much as the case for liberal minority rights, the case for distinct majority rights dissolves into a case for universal individual rights that liberal state constitutions already provide.

The strongest formulation of liberal multiculturalism (Kymlicka 1995), an analogue to which Orgad wishes to establish for cultural majorities, is highly differentiated with respect to types of minority and the rights attributed to them. In essence, Kymlicka`s is a theory that protects the claims of national minorities and indigenous minorities, who are the victims of historical nation-state building and colonization. Immigrants and refugees, which are the predominant concern of besieged majorities in Europe today, have a rather weak claim in liberal multiculturalism, as by the fact of leaving home immigrants have “waived” the right to see it resurrected elsewhere. This is a sane and realistic assumption. After all, the malfunction of sending societies` “social model”, which Paul Collier defines as “the combination of institutions, rules, norms, and organizations of a country” (2013:33), is the main reason for immigrants` leaving their society in the first, so that the claim to have (at least bits of) it rebuilt in the receiving society is perverse, a recipe for turning Norway into Burundi. At closer look, minority rights for immigrants are either not “rights” but pragmatic concessions (like government communications in minority languages) or applied individual rights, above all religious rights (allowing for the famous turbaned Sikhs in the red uniform of Canada`s Royal Mounted Police). The essence of liberal multiculturalism is liberal constitutionalism (even though Canada went a step further in its symbolic enthroning of an explicit “multiculturalism policy”).

Much the same can be said about Orgad`s case for liberal majority rights—in reality, they don`t go much beyond liberal constitutionalism, and rightly so. His brief account of the “law of majorities” (lt) starts appositely with the truly outrageous proposal by Poland and Hungary to accept only “Christian” refugees, which is a clear violation not just of international refugee law but of what civilized and secular Europe stands for. But it ends with an anodyne list of legitimate “majority rights” that do not go beyond the legal status quo. The only conception of majority that passes liberal muster is what he calls “idea-based majority”, one not based “on tastes in food, literature, sport, poetry”, which already tilts the outcome toward a reaffirmation of liberal constitutionalism. And among his four empirical cases of “needy majorities”, the case of “diminishing majorities”, which is clearly the model for Europe and the West facing global migration today, should not be called “majority” at all, because what is at threat here seems to be the infrastructure of liberal constitutionalism itself. In fact, a real case for majority rights in the strict sense (trumping and going beyond individual rights) exists only for his other three cases: “regional-minority majorities”, like post-Soviet Latvians facing a significant Russian minority backed by a fiercely nationalistic and expansion-minded Russia; closely related, “minoritized majorities”, where a national majority exhibits the state of mind of a national minority, like Poles vis-à-vis the German minority in Poland; and “victimized majorities”, like Jews in Israel, almost extinguished in the Holocaust and now surrounded by hostile Arab-Muslim neighbors that would rather see them leave or dead, which seems to be the intuitive hub for Orgad`s entire theory of majority rights. Orgad does not pronounce himself on this, but only in the latter three cases, none of which are pertinent to the median Western European state today, might one endorse “majority rights” worth the name, that is, group rights exceeding the individualist liberal constitutional canon, analogous to Kymlicka`s defense of strong self-governing rights only for national and indigenous minorities.

But perhaps Orgad would not even go that far because he severely restricts the “scope” of protection by “majority rights” at large (lt). First, only culture “in the normative, rather than anthropological sense” is to be protected, which, secondly, amounts to the one enshrined in or represented by the “constitution”. Indeed, the German Basic Law does not protect any particular German way of life, not even the German language, but mostly universal claims of the individual against overbearing state power, as in its famous first clause that the “dignity of the human being is inviolable”. Thirdly, there cannot be a requirement for “moral identification”, only for “legal acceptance” of an already highly universalistic and process-defined “majority culture”, which wisely takes up the Kantian law v. morality distinction. Already at this point Orgad`s case for cultural defense is so highly liberally restricted that his fourth and fifth restrictions (that the majority culture be “just” and that the majority be not “temporary” but “constitutional”) are basically redundant or already implied.

With respect to immigration and citizenship policy, the margin for cultural defense is narrow to nil, both in the real world and even more so on the basis of Orgad`s persuasive normative prescriptions, which limits this defense to that of “national constitutionalism”. While it was once a common stance to select immigrants by origins, today`s space for state discretion in this domain is limited to selecting by merit, in line with the individualism of advanced modernity. If Poland and Hungary get away with accepting only Christian refugees, Hungary`s Prime Minister even priding himself of building an “illiberal state” (partially with the help of EU Regional Funds), this only demonstrates the political impotence of the EU at present. More lame-duck and already mellowed by liberal precepts, the mushrooming civic integration requirements for immigrants in Europe, many of which are rejected by Orgad as illegitimate “cultural defense”, are at worst a smoke-and-mirror “perpetuation of prejudice” (Kochenov 2011), in reality neutralized and rendered pointless by a mobility-enhancing EU citizenship. Overall, unlike in Israel, Latvia, or other unstable or precarious places, the majorities of Western Europe need no special rights or privileges because they are plural entities to begin with, not “groups” but “individuals” whose claims are protected by the liberal constitutions of strong and uncontested states. 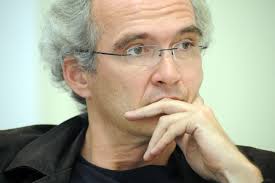